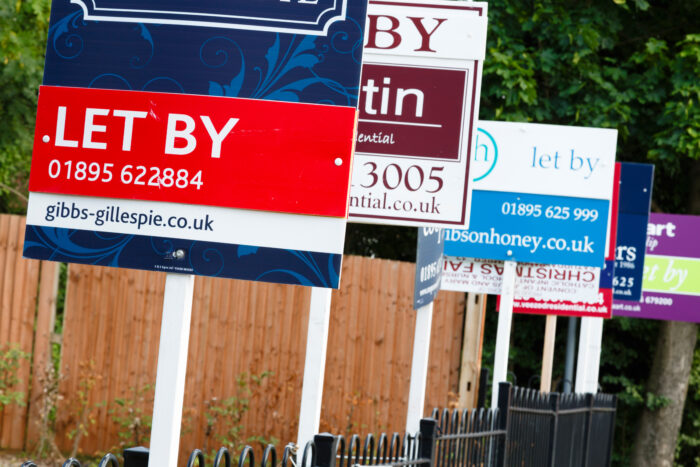 Last week the new Programme for Government had an unexpected centre piece. In response to the escalating cost of living crisis, there was an announcement to bring forward emergency legislation concerning a rent freeze to be enacted across private and social rented housing till April 2023, along with a Winter eviction ban. To be clear, social rents are already set for this period (and will have been since April 2022) and the issue for the social rented sector is what will happen to rent increases for 2023-24?

This unexpected turn follows the growing alarm about the depth of the energy and general inflation, and also lengthy campaigns by activists such as Living Rent, as represented by mail-in campaigns to the recent Fair Deal for Tenants consultation, and the Scottish Labour call for a rent freeze that was recently defeated in Holyrood. It is also to be understood in the context of the Scottish Government’s developing proposals, as yet not completely defined, concerning a national effective system of rent control for the private rented sector.

The Government is undoubtedly right that this provides certainty regarding an important element of living costs during such unprecedented times. The campaigners are also right to take a degree of credit for this intervention. I think it is also the case that the experience of Covid-19 and the several emergency measures taken, including suspension of evictions, led the way to make such proposals a real possibility.

As might be expected, private landlords and their representatives are unhappy and highly critical of the freeze (and it is worth considering the arrears problems that they may be likely to face, in a way similar to the Covid-19 experience [see the research by Watson and Bailey]). At the same time, social landlords and their representatives are concerned about what form of cap might follow next March. Hitherto, successive Scottish governments have taken no role whatsoever in social rent-setting. The increased certainty afforded to tenants has to be traded off by the uncertainty social landlords now face until there is clarity from the Government regarding the rents for next year.

In the conduct of our various recent studies on rent controls, private landlords and their representatives have said to us that is not correct to imply that all private landlords increase their rents each year. Many do not but instead focus more on the rent reset that happens when a tenancy ends. This may be true to an extent, though that does not mean that others are not increasing rents every year and doing so in real terms. As in so much of the debate, we simply do not have the data to dig deep into this issue to see, for instance, how the rents of lower income tenants are faring.

In the social housing sector a critical challenge is apparent when seeking to keep rents at social levels. At the same time, however, social landlords have to operate under increasing financial pressures to increase these rents because of multiple policy objectives: the affordable housing supply programme exhortation to build new homes, the net zero decarbonisation obligation associated with the EESSH process, plus requirements arising from maintaining and improving housing quality standards, as well as other rising costs associated with delivering the housing service.  While others have pointed out that there may be economies and savings that can be made, it nonetheless seems increasingly clear that there will be a struggle to achieve all these objectives within the current funding and subsidy regime.  And that is before a possible rent cap may be established for the financial year 2023-24.

Devil in the details

In such a volatile inflationary context, it is objectively challenging to balance these pressures and competing needs when deciding what a potential social rents cap might be now or in the near term.  We cannot predict what inflation will be in 6 months let alone 18 months (i.e. at the end of 2023-24). Will it still be accelerating, stabilized or actually falling back? Exactly the same issue applies in England where the Government is consulting on a 5% cap on social sector rent increases for 2023-24.

Other ‘detail’  issues include the extent to which the First Tier Tribunal will be able to cope with the likely upsurge in cases at the end of the freeze (and monitoring it while it is live). Second, it would be useful to know much more about welcome further financial additions to support tenants with arrears and living costs.

Longer term consequences for the design of rent controls

How does the freeze affect government thinking about the development of a national effective system of rent control? We could view the freeze as a policy experiment. It might be seen by some as a first step to a harder set of controls but it is not clear that that would be consistent with the claims made in the Fair Deal for Tenants consultation

There are lessons learned from the new research we have led for the Cross Party Group for housing report, shortly to be published. We find an overriding need for better evidence and relevant statistics for whatever model is proposed. There are significant trade-offs in the choice of policy design but also many creative ideas e.g. exempting part of the sector and also intensive area enforcement including rent control, a better working Rent Pressure Zone model, or drawing on effective European experience. We also learned much from a real estate investor in Sweden (Heimstadt). They invest in several different European rent control regimes and are happy to do so provided the political risks are understood and the regulatory context stable. How would they view the Scottish context now?

The freeze is an emergency response to a critical problem in a highly unknowable near term future. Several questions flow from this decision. How deep and widely felt will the energy and cost of living crisis be over the winter? How long will it last and how will it affect the private rented sector? To what extent will it increase housing need, if there is less market supply available? What are the implications for the social rented sector and will these debates between government and the sector be properly evidenced (as should the PRS)? Finally, what implications, if any, will this have for the ongoing development of rent control policy in Scotland?