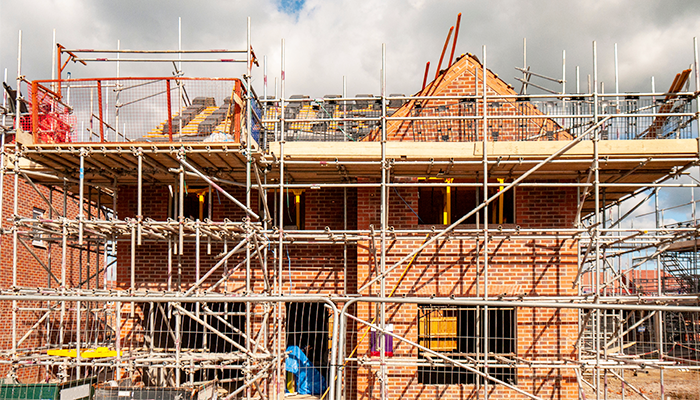 This is the first blog in a series responding to the government’s proposed changes to the English planning system.

The Government has proposed some of the most far-reaching changes to the English planning system since 1947. The Planning for the Future white paper and the accompanying rhetoric suggests they view the planning system as a major impediment to housebuilding. In the recently published report, The Wrong Answers to the Wrong Questions, a group of planning academics has come together to challenge this view. This edited excerpt from the introduction to the report offers some critical perspectives on the thinking underpinning the proposals:

1. Urban change does not occur naturally or follow customs.

Influential think tanks like Policy Exchange claim that planning disrupts the ‘processes by which places naturally change’. But land-use change is shaped by those who own land and have the financial power to buy and develop it. Any claim to restore a more ‘natural’ order of urban change is really about substituting one form of (at least nominally democratic) control for a freer-market that affords power to the already privileged to pursue their own material interests, irrespective of whether this benefits the wider community. When it comes to land use, market forces are much more likely to reject than enhance custom and tradition.

Previous Conservative governments have learned the hard way that attempts to liberate markets will meet concerted opposition amongst shire county Tories who see the planning system as a means of protecting land from developers in the name of custom and tradition. Any ‘radical’ deregulatory agenda is likely to run into this politics again. However, the transformation of England’s political geography, allied with powerful imperatives to ensure economic recovery, mean the current government may be less reliant on such voters than any of its predecessors.

2. Planning is not responsible for the housing crisis

Planning is not solely responsible for the building of houses – housebuilders, landowners, and developers have leading roles.  Since 2010, the planning system has granted 1 million more permissions for houses than have been built.  It approves 88% of all applications, and nearly 90% of all applications are decided within Government-set targets. The Letwin Review of build-out started to recognise this but the government remains intent on blaming the planning system for a housing crisis whose roots lie in the dysfunctions of the broader housing system, highly consolidated development industry and unreformed land markets.

3. Deregulation will not produce the outcomes we need.

Where planning is conceived as a hindrance on creative, productive ‘wealth creators’, the tendency is to not to ask ‘how might we build better places?’– but instead, how can we reduce costs and free entrepreneurs to build more, faster.  This is the wrong answer to the wrong question, and it will not produce answers that deal with the climate crisis and the need to radically transform how we build. If the government is serious about stimulating a green recovery, premised on the development of significant new infrastructure to ‘level up’, then we need to be talking about better public planning.

As was evident in Boris Johnson’s baseless claim[8] that ‘newt counting’ was an impediment to development in the ‘build, build, build’ speech that announced the current planning reforms, the government’s approach seems to be driven by ideological distaste for the idea of a proactive planning system, rather than a real understanding of the kind of system we have, how it is working, and the ways it needs to change.

5. We need to develop a better understanding of the positive role planning could play

In addition, it is vital to enhance understanding of the nature and purpose of the planning system and the contributions it can and should make attempts to build back better. As Laurie MacFarlane has recently suggested, for too many people the planning system remains a ‘black box’. As such it has long been an easy target for powerful property lobbies, neoliberal ideologists, and governments seeking to flex their deregulatory credentials (see TCPA, 2018).

We hope The Wrong Answers to the Wrong Questions can help stimulate debate about the planning changes we should be making to build back better.

Prof Malcolm Tait is Professor of Planning and Dr Andy Inch is a Senior Researcher in the Department of Urban Studies and Planning at the University of Sheffield.