A fundamental change in our approach to planning? 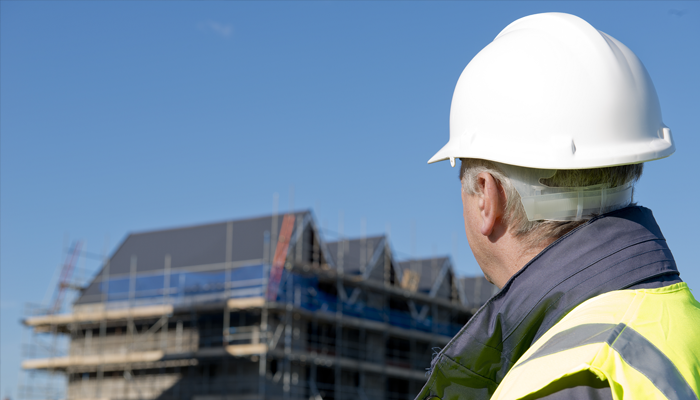 This is the final blog in a series by Professor Geoff Meen and Professor Christine Whitehead, ahead of the publication of their new book, ‘Understanding Affordability: The Economics of Housing Markets’, which is due to be released on 8 July.  Join us on 16 July for a webinar where you can put your questions to the authors.

Last week the Prime Minister promised ‘comprehensive reform of the seven-decade-old planning system to introduce a new approach that works better for our modern economy and society’ and stated that there will be a policy paper setting out their vision later in July. This may well be based on a Policy Exchange paper by Jack Airey (who is now a special advisor at No 10) and his colleague Chris Doughty published in January this year. This favours a shift away from the individual planning permission system that has been in place (with many modifications) since the 1947 Town and Country Planning Act, towards a zoning system which they argue, would be simpler, more transparent and speed up development. Put like that it sounds fairly straightforward. What is less clear is how the transposition from one system to another will be managed – and whether the assumed benefits can be achieved within a reasonable timescale. Here we look at some of the evidence discussed in our new book about the comparative merits of the two approaches and mechanisms for change.

The 1947 Town and Country Planning Act was part of the post-war Labour government’s overall objective that the state takes control of the ‘Commanding Heights of the Economy’ including importantly the use of land. What is surprising is that the principles of that Act should still be in place seventy years later, decades after the rest of the grand design have all but disappeared. Arguably its survival points to how difficult it is effectively to change regimes.

One core issue is that, while planning and development control powers ultimately lie with central government, they are implemented by local authorities who are tasked with planning for future growth and in particular ensuring enough land is made available to provide the housing required by the local community.

A system based on individual planning permission, while, in principle, highly democratic and responsive to changing circumstances, in practice also tends to generate uncertainties, costs and delays. Individual local authorities have very different attitudes to development and inherently look to please residents (who can already vote locally) rather than incomers (who cannot do so yet). So it is hardly surprising that developers and economists often see the process as adversarial, inconsistent and inefficient.

The British system is very much at one extreme of the spectrum of planning regimes, as opposed to full zoning systems (where land uses are identified and any development that meets the specified criteria can be built without further intervention) at the other. A study of some twenty-four countries showed that most countries use zoning systems to allocate land to urban uses. However, within this framework, some have opportunity zones or other mechanisms similar to planning permissions to enable flexibility in response to changes in demand.

While the zoning approach has the benefit of making all the decisions at a particular time and then technically providing certainty, in actuality, there are often protracted and expensive updating and variation processes. Importantly, in some zonal systems, the study found levels of constraint to be similar to that observed in England.

Clearly the government cannot simply remove the system of individual planning permissions and put in place zonal systems overnight. Rather they will presumably have to start by simplifying the very imperfect and often out-of-date Local Plans that are already in place. So far all Conservative governments since 2015 have done is to nibble at the edges of the permission system in two distinct ways: permitted development and planning in principle.

Permitted development removes the need for individual planning permission to change the use of certain existing buildings, and sometimes brownfield land, into housing – initially from offices and now increasingly from retail and industrial units. The policy has delivered additional housing but has been criticised for two main reasons: first, the size and quality of the housing units are often poor; second, permitted development is not subject to Section 106 requirements for affordable housing or other developer contributions and only attracts the Community Infrastructure Levy if the floor space is significantly increased. As a result, permitted development makes little or no contribution towards the additional services and infrastructure required as a result of development.

Planning in Principle introduced in 2017 can be seen as a first attempt to move towards a zoning system. It encourages local planning authorities to identify sites on which they specify what can be built, so reducing planning risk. It suffers from two major disadvantages. First, it moves the costs of deciding what might be the most suitable form of development on each site from the developer to the local authority, but local authorities lack the resources to perform this function well (or even at all). Second, even if a site has Planning in Principle there is still a possibility that final permission will be delayed or even turned down. Presumably, the government will build on this approach but remove local authorities’ right to turn down compliant developments.

There are reasons why our planning system has been in place for seven decades and modifications have often just added to the complexity. But there are also major flaws which have to be addressed. Moving towards a system in which zones are the main building block would put us far more in line with other major economies. But whether this can be achieved without significant disruption is unclear. What we need is a far more positive pro-development environment – something which is often lacking, not just in Britain, but also in many zone-based systems where BANANA (Build Absolutely Nothing Anywhere Near Anything) has tended to replace Nimbyism.