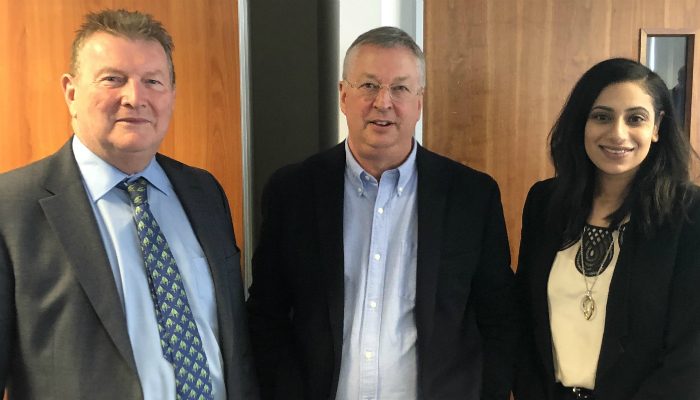 Last week, CaCHE and Policy Scotland co-hosted the Scottish Housing Policy Conference 2019, the theme of which was ‘Housing and Inclusive Growth: Revitalising Connections’. You can read more about the theme here. The conference was chaired by Martyn Evans, Executive Chair of The Alex Ferry Foundation. In this blog, Martyn shares some of the key themes from the conference.

Last week, I chaired the Scottish Housing Policy Conference 2019. The conference saw the exciting green shoots of a new housing policy narrative, confident and convincing on the contribution housing plays in Scotland’s economic and social infrastructure; focused on outcomes for people and not theory; interested in inclusive economic growth as much as the distribution of the benefits of a successful economy; and, most importantly, respecting the roles policy makers, academics and housing providers across the sectors can play when they work together and co-produce both the evidence and the solutions.

The OECD argues that inclusive growth doesn’t have to be a trade-off between growth and equality, and The RSA’s Inclusive Growth Commission concluded that housing is fundamental to a national and international debate about how to build a more inclusive country. The Scottish Government has an explicit aim to achieve economic growth in Scotland that is inclusive. This means growth that combines increased prosperity with greater equality, creates opportunities for all, and distributes the benefits of increased prosperity fairly.

The conference explored this progressive Scottish Government commitment through the lens of housing. The challenge is how to move from an inclusive economy as a policy objective to one of practice. The gap between rhetoric and reality was a recurring concern. All of the speakers made significant contributions to this complex and challenging agenda. And we touched on a very wide range of issues in our shared economy.

The discussion was wide-ranging, but there were three key themes that struck me as re-occurring throughout the day.

First was the tendency within the policy community to focus almost exclusively on the distribution of the benefits of an inclusive economy. This was far more familiar territory for housing policy makers and practitioners. However, it was clear that under-statement and lack of persuasive evidence on the value of housing to economic growth and productivity held back both investment and housing having an influential seat at the table. The UK has a highly complex housing ecology and poor policy interventions in one area can have serious and unintended consequences in another. An effective case was made to move away from the current theoretical approach to housing policy towards a more evidenced and systemic understanding about how housing markets work in the real world. New housing champions were called for; champions who would tell a persuasive story about economic infrastructure, purpose and value of housing

Second was intergenerational fairness. Young people are being left behind and may be the first generation in 100 years to be worse-off than their parents. There has been a quite extraordinary growth of private renting over the recent past. There are falling rates of owner occupation because the high deposits required are leading to even greater inequality in wealth. Insecure and precarious work is far more common for many young people. And, while wages are often low for this generation, there are very stark inequalities even within the generations. Google UK has 2000 staff and they earned an average of £226,000 each last year.

Third was the critical anchor role of social landlords. These are Scotland’s non-market housing providers. Their personal and regular contacts with tenants and their families were the bedrock of wellbeing in many communities. When they work well, they support people to ‘live well’ in their personal lives and ‘live well together’ in their communities. The challenges for social landlords include finding the right balance between providing economies of scale and maintaining a clear user-focus and quality customer care. Even the largest social landlords rarely operate at the scale required for a strategic and effective inclusive growth focus, which requires effective and trusted governance at city and non-city regional level.

You can view some videos and look out for further blog posts from some of the speakers over the course of the week. You can also access the slides from the conference here.

Martyn Evans is Executive Chair of The Alex Ferry Foundation.

Views expressed by the author(s) may not represent the views of CaCHE.