Affordability indicators in land use planning 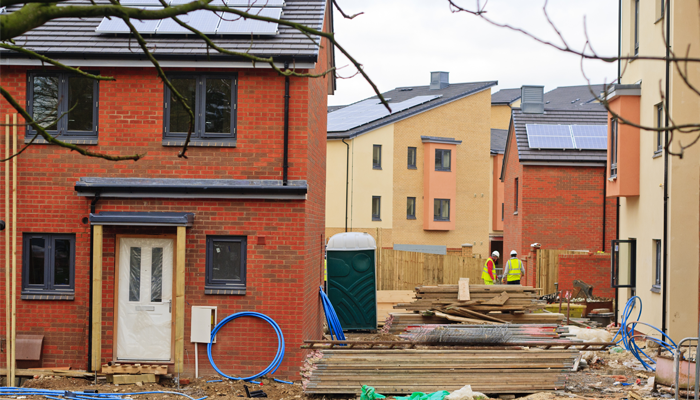 This is the fourth blog from Professor Geoff Meen and Professor Christine Whitehead, ahead of the publication of their new book, ‘Understanding Affordability: The Economics of Housing Markets’, which is due to be released on 8 July.

This blog moves on from housing affordability and income support discussed in our last blog to the contentious issue of land use planning. Since 2018 all English local authorities have been required to adopt a common methodology for the assessment of future housing needs. This takes into account not only the expected growth in household numbers but also affordability in each district. The idea is that if affordability is worse than a target value, then housing provision should be increased relative to expected household formation. The government’s preferred affordability metric is the ratio of local median house prices to earnings. This is a widely used indicator but can be misleading when used for planning (and other) purposes. In our new book, we discuss the advantages and disadvantages of different affordability measures and are highly critical of the widespread use of this indicator.

The main advantage of the price to earnings ratio is simplicity, but it is incomplete. For example, falls in interest rates are capitalised into house prices. Therefore, at times of low-interest rates, price to earnings ratios overstate the extent of the affordability problem. If affordability indicators are to be used in local housing needs assessments, better measures, which have greater empirical and theoretical support, are required.

Derived from our empirical research, we suggest that an improved indicator for planning purposes is the ratio of the local population relative to the housing stock, weighted by average earnings. This captures demographics, housing availability and incomes all in one measure. A key difference is that the alternative measure captures not only increased demand arising from new household formation but also increased effective demand from existing households as a result of rising incomes. As a by-product, it eliminates the need for controversial household projections.

As an illustration, the figure below plots, for each English local authority in 2018, the more conventional measure of affordability – the house price to earnings ratio (horizontal axis) against our alternative measure. There is certainly a positive correlation between the two, but the relationship is by no means perfect. The outliers are particularly interesting. 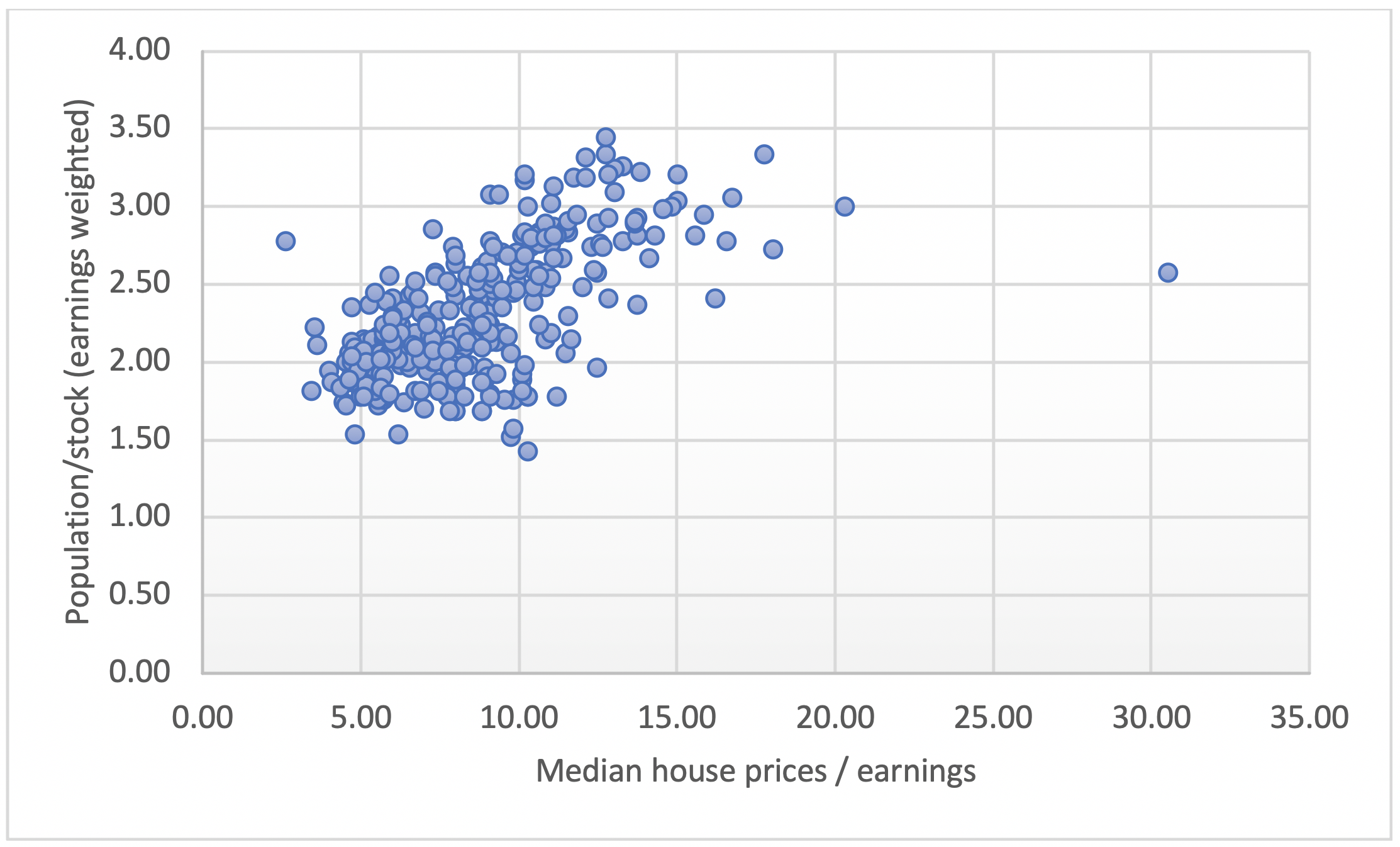 Some areas appear less affordable using our indicator (rather than the current price/earnings ratio). Notably, the authority on the far left of the graph – apparently the most affordable on the price/earnings ratio – is Copeland in the North West of England; but our alternative measure suggests affordability here is more in line with other areas. The conflict arises from the fact that Copeland includes the Sellafield nuclear reprocessing plant, the presence of which is likely to be capitalised into lower local house prices – while, also as a result of Sellafield, Copeland has one of the highest median earnings in the country. Although less obvious from the graph, some areas appear more affordable using our indicator, especially holiday locations in the South West of England, the South Coast and North Norfolk where the scenery, beaches and climate are capitalised into house prices.

A re-prioritisation using this alternative indicator would, however, have major policy implications since the implied distribution of new house building would be considerably different from that currently taking place. The emphasis given to local earnings and density, captured by population relative to the housing stock, implies that more building would need to take place in higher-income locations; much of this (but by no means all) would be in the south of England. This is, obviously, highly contentious but it is one of the implications of taking affordability seriously. By contrast, the current method of using the price to earnings ratio to modify plans which are primarily based on household projections is less likely to produce a significant improvement in affordability.

The last and final blog of the series will discuss the relative merits of planning permission and zoning systems – a topic very much on the political agenda.