After coronavirus, can the housing market support economic recovery? 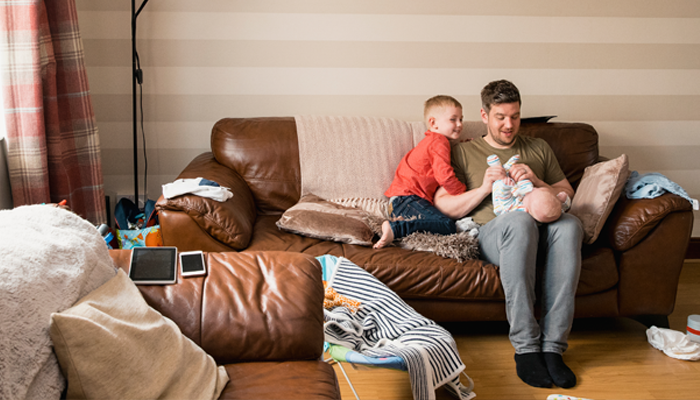 The UK’s housing market was essentially closed during lockdown with residential moves severely restricted while millions of households were supported with their housing costs and had the threat of eviction removed. What role might the sector play in the recovery?

Housing is a special part of the economy. Rising house prices can make us feel wealthier and willing to spend more, and building new houses creates relatively large numbers of jobs and grows local economies. Arguably, we put too much of our savings into housing: households suffer when prices fall, which also knocks confidence in the economy more broadly.

How should the government deal with the housing market sensibly during the Covid-19 crisis? Should it, as is typical, believe that it must maintain house prices and housing market activity? Does intervening help to secure greater levels of housing investment that expand jobs and economic growth?

What is special or unique about housing?

To answer this question, we first need to consider what is different or special in economic terms about housing, and why it matters so much. There are four important characteristics of housing markets:

Many commodities have one of these attributes; few have all of them. We should not be surprised therefore that housing markets can behave oddly.

For example, housing markets are volatile. Although house prices adjusted for inflation have increased over the long term quite significantly, that can disguise a lot of volatility and periods of significant price and activity downturns. In part, this is for technical reasons – it takes a long time to build homes. It is also because investors, including owner-occupiers, respond positively to rising prices, so demand increases when prices increase.

Housing is both a speculative asset and a basic form of consumption. And as described above, housing market shocks affect the entire economy. So, government policy in the housing market is often focused on wider macroeconomic goals rather than housing per se, even though their policies may stoke up problems for housing, such as the aforementioned volatility. This is often due to classic fiscal policy timing problems but combined in this case with supply lags and slow development cycles.

What has happened in lockdown?

The importance of security of a roof over our heads in a period when many could not work meant that the unique circumstances of lockdown had to be accompanied by measures to keep people in their homes and able to afford what is typically their largest budget item. The main measures were as follows:

Within the housing sector, there was considerable disruption. Market activity collapsed and with it, lots of work stopped across property professions, finance and construction. Specific rental market segments were badly hit – student housing emptied out and the market for short-term lets, including Airbnb, closed down.

As we move out of lockdown, the housing market has started up again and there is evidence of short-run pent-up demand, although levels of activity are well below where they were a year ago.

With the unique situation of a closed market, one should not read too much into what appears to be happening to prices and rents. But we do know that both lenders and the Bank of England expect prices to fall back by more than 10% as the economy is expected to move into recession brought on by the global shutdown. Lenders are starting to tighten further the requirements for first-time buyers to secure a mortgage by significantly increasing minimum deposits.

Why is the housing market important in an economic crisis?

Governments have recent experience of major market downturns and the effects of their responses to prop up the housing market.

For example, there was a major boom and bust in the UK housing market between 1988 and 1992. Mortgage market deregulation, fast economic growth and a poorly implemented policy change on tax relief that encouraged a temporary boost to owner-occupied demand fuelled the boom. This was followed by a market collapse in tandem with economic recession characterised by price falls, negative equity (house values falling below outstanding mortgage debt) and historically high levels of repossessions. Many building companies became bankrupt.

That experience taught us that the housing market and the macroeconomy are intimately connected and that housing market downturns can reinforce economic slowdown, particularly through repossessions and negative wealth effects (we spend less and borrow less because we feel less wealthy when house prices fall).

When recession followed the 2008/09 global financial crisis, the government responded by encouraging forbearance by lenders to prevent high levels of repossessions. It also reduced stamp duty to stimulate the market, and provided more generous social security benefits to help people who were out of work to pay their mortgages.

These actions did not prevent a long recession and slow recovery, but it could have been much worse. Repossessions did not reach the high levels of 1992. Mortgage regulation was tightened, further reducing the ability of potential first-time buyers to access home ownership and fuelling the growth of private renting.

There appear to be many lessons from the past for the government now. How should it protect the housing market? What stimulus might shorten and reduce the depth of the coming recession? There are four main channels through which government might act.

First, the government is already seeking to maintain prices and support market activity via a cluster of measures. One way is the Treasury announcement made in early July to suspend stamp duty on property transactions for the first £500,000 to make it cheaper to move. Slightly more modest reductions have also been announced in Scotland where there is a separate devolved tax. Stamp duty is a non-trivial tax on transactions and has been a regularly used form of market intervention for 20 years.

The current UK government also likes its Help to Buy policy, which encourages home builders to build (and has been a significant share of large developers’ output and profit), while making home ownership more affordable to first-time buyers. More radically, it has been suggested that the government may seek to deregulate the planning system that controls the pace, type and indeed approval of new housing.

These measures all have a degree of controversy. Stamp duty is an inefficient tax, which reduces incentives to move, and it has been hampered by the government’s frequent tinkering with its rates and coverage across price ranges.

Help to Buy has been criticised for artificially stimulating prices (which is good for owners but bad for would-be owners facing higher entry prices) and for providing big profits to large developers without the necessity to build in larger volume.

The likely deregulation of planning in England is a highly political debate (as highlighted by the UK Collaborative Centre for Housing Evidence, CaCHE, and the Centre for Cities), which is often poorly evidenced and which has much wider ramifications than whether or not it makes it possible to build more homes more quickly.

For example, deregulation will do little to support green retrofitting in the much larger existing housing stock, if we are to meet stretching long-term carbon reduction targets and greater energy efficiency – work that could be both labour-intensive and create new growth sectors within the construction industry.

A second area of likely intervention will be further attempts to encourage forbearance by lenders. This may include guarantees to offset possible future lender losses, as well as further targeted mortgage holidays and more social security help for borrowers in difficulty.

Over the last 25 years, income support to help with mortgage payments has waxed and waned, and until the crisis, it was heading towards being a form of conditional loan rather than an unconditional means-tested benefit. The successful increase in its generosity made by the government after 2008 may yet be repeated to prevent higher rates of default and repossession, which are widely believed to lengthen and deepen recessions.

A third area of intervention would be targeted investment in social and affordable housing. This has the twin benefits of meeting housing need for those unable to secure good-quality and low-cost housing in the market and, at the same time, permitting housing construction to generate economic benefits through possibly significant local effects on jobs, supply chains, spending and economic activity.

Investment by councils and housing associations should be resilient to the recession in the sense that it is better placed to develop when market demand is weak. But while this is generally true, a decade of cutbacks to subsidies and grants has accelerated a trend for housing associations to develop affordable housing by cross-subsidising it from market sales. This is clearly pro-cyclical, making them less able to fund non-market housing without such cross-subsidies. More public subsidy, one way or another, will be required while the market is weak.

Critical to the success of a social housing programme is the level of public subsidy. Governments, particularly in England, have shifted away from social housing towards affordable housing – still below market rents but with less subsidy per unit.

There would now seem to be an opportunity to encourage a new expansion in affordable rental housing that captures the widely supported demand to help key workers (especially those who have played such an important role during the Covid-19 crisis) to have secure, high quality and below market cost housing.

Looking further into the future, it may be possible for government and local authorities to support refurbishment and retrofit work raising the quality of the existing housing stock, including reducing carbon emissions. Refurbishment is labour-intensive and public investment in this work now can help to grow needed new skills and capacity for work that is required to meet carbon reduction targets in any case.

Finally, and regardless of the short-run crisis response, it may have struck the reader that it is not sensible to pursue policies that in part serve to keep housing costs high and which enable market volatility. While there is lively debate about the fundamental causes of house price inflation and market volatility, the housing market’s size and importance means that it is consequential for the wider economy.

It may be better to consider a policy programme that would permanently seek to reduce and minimise speculative pressures, make it easier to access housing of different tenures, and keep it more affordable. In short, could this crisis make home ownership less of the obsession that it has become in the UK?

There is a large and long-established body of work that would promote reform. But the politics of vested interests, the lack of alternatives for our savings, and the difficulty in making comprehensive reform to the tax system (in which housing arguably plays an important role as a barrier to change) all conspire against potentially valuable and progressive reform.

That is an argument for another day, but it is worth thinking about, alongside the fact that while many are well-housed and will do well financially if the housing market avoids collapse, many other people do not have good housing circumstances and are excluded from the benefits other receive. These challenges will remain after the Covid-19 recession and recovery are behind us.

This blog was originally posted on the Economics Observatory blog.

Where can I find out more?

Understanding Affordability: The Economics of the Housing Markets: A recent book by Geoff Meen and Christine Whitehead sets out clear theoretical and empirical frameworks with which to address this worsening problem with clear and wide-ranging policy proposals. The authors have also produced a series of CaCHE blogs on aspects of housing affordability to support the book.