Prior to this, Jeff was Senior Economist at the Royal Institution of Chartered Surveyors (RICS), a global macroeconomist at Morgan Stanley and served on the research staff at the Board of Governors of the Federal Reserve System in Washington DC. He has also worked as a currency strategist at Principal Global Investors in London, as an economist at the US Department of Commerce, and as a renewable energy program manager for the State of Hawaii.

In addition to this, Jeff was also Co-Investigator with the UK Collaborative Centre for Housing Evidence from August 2017 – March 2020, and co-lead the CaCHE economy theme.

Jeff holds degrees in economics from the University of Washington and Johns Hopkins University. 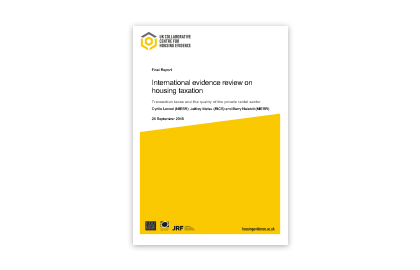 Housing and the economy