Build to rent is here to stay 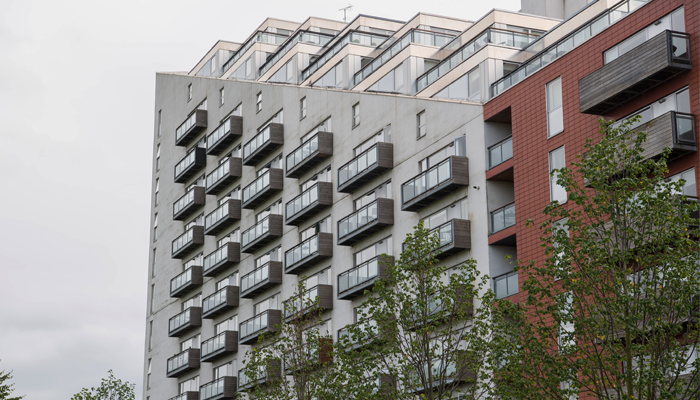 This is the third in a series of blog posts reflecting on approaches to delivering alternative tenures in Scotland. In the first post, Professor Moira Munro reflects on the discussion from a recent roundtable; and, in the second post, Dr Richard Jennings shared his experience of delivering mid-market rent. In this post, Dr John Boyle (Rettie & Co.) reflects on the small but growing Build to Rent market in Scotland.

As I recently outlined at the roundtable on alternative tenures held at Shelter Scotland’s office on 3 April, there has been significant growth of the Scottish Build to Rent (BTR) sector over the last year, as well as the increasing appetite of investors to put their money into Scottish housing.

BTR is the provision of purpose-built private rented units by investors and developers. Many housing industry professionals now see it as a key part of the solution to the UK’s housing crisis. Such accommodation is highly popular in parts of Europe and the US and its influence is now growing in the UK too.

Rising house prices and still high deposits have squeezed many potential house buyers, especially younger buyers, from home ownership. Many also choose to rent as they do not want the burden of a mortgage and prefer to retain flexibility at this stage in their lives. This has strongly boosted demand for rental accommodation, particularly in buoyant cities like Edinburgh, where over one-quarter of all households, and two-thirds of younger households, are in the private rented sector (PRS). However, PRS supply levels remain constrained due to numerous factors including a lack of new build housing, tax and legislative changes in the PRS, and the rapid emergence of holiday lets. This combination of rising demand and constrained supply has seen rocketing rent levels – over the past 5 years rents in Edinburgh have grown close to 6% annually on average, well ahead of inflation and wage growth.

As one developer recently put it, BTR is about providing housing for “the forgotten majority”, i.e. those who do not qualify for social rent but who do not want or cannot afford home ownership and are being squeezed by rapidly rising PRS rents. Mid Market Rent (MMR) is simply affordable BTR. The experience of schemes we have worked, including Western Harbour in Edinburgh (over 3,700 applicants for 138 flats in the most recent phase), shows the sheer scale of demand out there for this type of property.

By creating new supply through leveraging in private finance, BTR has a key role in helping to fix Scotland’s housing market crisis. Although there are only around 700 operating BTR units across Scotland, there are now close to 6,500 additional units that have been approved in planning, in the planning process or at a pre-planning stage. If these pioneering schemes prove their worth, there will be no shortage of investors willing to accelerate this delivery still further. While the current pipeline also represents less than 2% of all PRS households in Scotland, the UK as a whole is now at more than 3 times this level and London is nearly 5 times.

This delivery also has a wider economic impact. Homes for Scotland recently calculated that each house built in Scotland creates around 4 jobs (direct, indirect and induced). The existing pipeline could therefore contribute around 25,000 jobs for the country alone and we could nearly double this number of jobs if we were to raise BTR delivery to that of the wider UK.

In terms of attracting BTR investment, Scotland benefits from relatively low entry prices; strong yields; multiple dwellings relief on Land & Buildings Transaction Tax (LBTT); a Rental Income Guarantee Scheme; and more certainty around the regulatory regime relative to the rest of the UK. However, it is also important to recognise that greater political uncertainty here (due to the potential for Indyref2 as well as Brexit) and the now different landscape for the PRS in Scotland with the new Scottish Private Residential Tenancy (which started in December 2017), has caused some cooling of interest in Scotland from investors. Added to this, a number of developers and investors have argued that, with some exceptions, local authorities in Scotland do not have a good understanding of BTR; and the bureaucracy of the planning process (particularly in terms of negotiating Section 75 contributions) and securing a building warrant has created obstacles to investment. As one investor at a national BTR conference argued, “Scotland needs to get going or the capital will move elsewhere.”

BTR is here to stay, the question now is how rapidly we can grow it and help to build the homes the country needs.