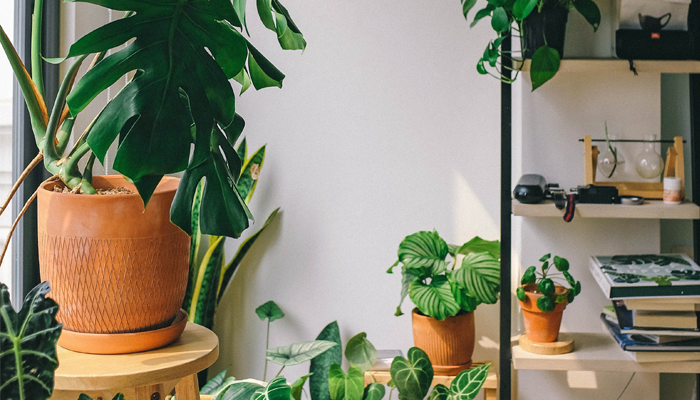 CaCHE Policy Fellow, Michael Chang, gives an insight into an upcoming briefing which will highlight the importance of delivering housing quality through the planning system, and the impact that this has on public health.

The purpose and functioning of the planning system has shifted since 2010. New permitted development rights (PDR) in 2013, and later made permanent from 6 April 2016 (Figure 1 outlines the PD timeline), allowed conversions from vacant office buildings and other commercial uses to residential units. Permitted development rights are generally afforded to minor scale of development where the effects do not require the level of accountability, scrutiny and safeguard of the planning process.

Figure 1 source: House of Commons Planning Change of Use briefing

Over 54,000 new homes were delivered through office to residential PDR between 2015 and 2019 (89% of all PDR new homes). MHCLG house building statistics highlight the contribution of PDR on housing supply, leading to concerns of the impact on occupants and their immediate and long-term physical and mental health and wellbeing (see in Figure 2).

Figure 2: The change of use, new housing and wellbeing narrative 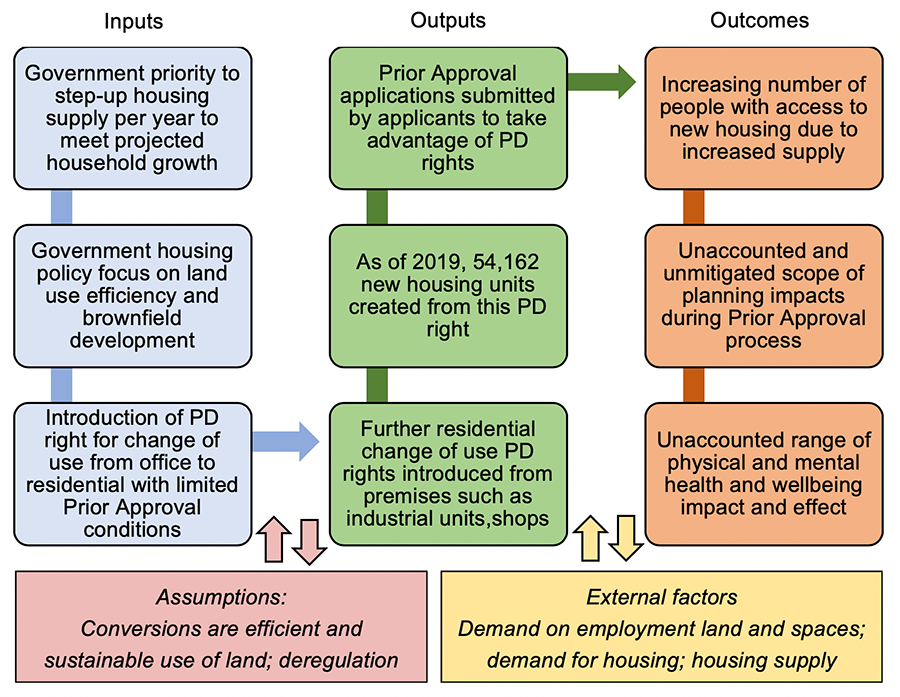 There is already extensive academic and industry literature, including in an evidence review by Public Health England in 2017, highlighting the link between the quality of homes and the health status of residents. There is also evidence examining the impact of poor indoor air and noise quality and access to daylight. BRE estimated that the cost to the NHS of poor quality housing in England is £1.4 billion per annum. There are questions why these impacts were not identified, considered and accounted for in the Government’s regulatory impact assessment of the PDR in 2013.

Concerns for health and wellbeing impact will be central to research we are undertaking. These issues were raised in the Raynsford Review, which said “the worst examples of these places are unfit for human occupation when they are completed”, and the Association of Directors of Public Health: “This could potentially have a detrimental impact on the health of future residents, for example, through increased levels of dust, noise, inadequate access to amenities and sustainable transport links”.

PDR, together with the consequence of response to COVID-19, have increased widespread concerns about the quality of both PDR housing and housing developments in general (Building Better Building Beautiful Commission). That said, PDR remains particularly concerning, given the lighter-touch version than full planning permission. The General Permitted Development Order (GDPO) only allows four specific considerations for office to residential PDR. These are: (a) transport and highways impacts of the development, (b) contamination risks on the site, (c) flooding risks on the site, and (d) impacts of noise from commercial premises on the intended occupiers of the development. Wider policy requirements normally set out in a local plan, such as green space, play and amenity provision and delivered through planning obligations could not form part of the decision-making process.

This means that the exploration of prior approval decisions supports the lack of permissibility, rather than desire, for issues such as living conditions and quality to be fully accounted for. For example, in a successful appeal judgement of a south-west local authority in 2018, the inspector acknowledged that “concerns about the quality of the proposed accommodation.. cannot influence my decision” because “they are not matters which I can take into account as they do not fall within the limited range of considerations set out” under the GDPO. The narrow legal parameters of issues are undermining the purpose of the planning system and ability of local authorities in meeting planning’s social role under the National Planning Policy Framework, discharging their duties on population health improvement under the Health and Social Care Act 2012, and meeting the ethical obligations of the planning profession.

There will be local and regional variations in terms of uptake and prevalence of PDR and impact on the type of households accessing the housing subsequently created. Savills market research in 2016 suggested that as the cost of conversion remains high, PDR is most likely to take place in locations where there is a substantial difference between office and residential values, such as cities like Bristol. There is a wide spectrum of PDR developments ranging from luxury Croydon’s Leon House to those less luxury ones highlighted in the RICS-commissioned UCL study. The disparity of quality highlights the need for more research into the implications of not just spatial inequalities but wider socio-economic and health inequalities.

We expect more PDR on the way to allow upward extensions and office demolitions for residential as set out in Planning for the Future. Planning and planners’ integrity as a force of positive social change will continue to be questioned if further introduction and deregulation of the planning system through the PDR process fails to recognise the effect on health and wellbeing.

The issues introduced above will be explored in the coming months and detailed in the final CaCHE briefing expected later this year. The research aims to better understand whether it is in the planning system’s best interest to support such housing developments. The aims are to explore the impact pathway from the implementation of the PDR to potential outcomes for occupants’ wellbeing (See Figure 2) by reviewing existing literature, semi-structured discussions with academics and experts, and observing the decision-making process highlighted within prior approval planning and appeal decisions. Research recommendations and policy considerations will be set out in the final briefing.

We hope the outcomes of this research will galvanise continuing collaboration between the built environment and public health professionals on healthy planning and homes, and contribute to the debate on the importance of delivering housing quality through the planning system.

Views expressed by authors may not represent the views of CaCHE or PHE.

Photo by Huy Phan on Unsplash