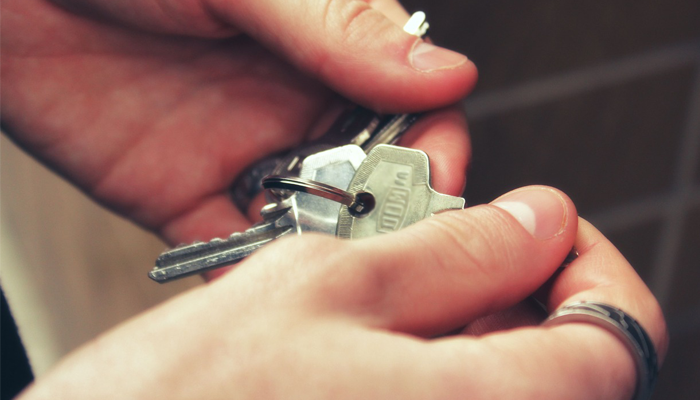 Professor Joe Frey, CaCHE Knowledge Exchange Broker, reflects on the recent stakeholder event which was held in January 2019 in partnership with the Department for Communities Northern Ireland.

Policy impact lies at the heart of the UK Collaborative Centre for Housing Evdeince’s (CaCHE) research role. More specifically, ‘embedding housing evidence in housing policy and practice, with a specific challenge to address poverty and inequality’ is one of its key objectives. It was with this in mind that the CaCHE Knowledge Exchange Hub in Northern Ireland organised a stakeholder event in January 2019 in partnership with the Department for Communities Northern Ireland. Approximately 40 participants came from a range of public, private and voluntary sector organisations.

Presentations summarised the key findings from three different CaCHE research projects. However, for me there was an important theme that linked them all: how to make the private rented sector work better for the growing number of younger households (and particularly those on low incomes), who are meeting their longer-term housing needs in the private sector.

Ken Gibb’s presentation highlighted the potential offered by combining data from landlord registration and tenancy deposit schemes with other sources of information (e.g. data from websites advertising properties for rent) to provide a better understanding of the PRS. More specifically, a combination of existing and new data could inform a more meaningful evaluation of the impact of legislative changes affecting the PRS, including the new private residential tenancy arrangements introduced in 2017 that provided for open-ended tenancies.

This indeed turned out to be one of the more contentious issues at the stakeholder event: participants provided a number of different perspectives, including the potential effect on the ability of landlords to run a viable business and the knock-on effect on supply, as well as the limited security that these new open-ended tenancies provide, given that the legislation in Scotland sets out 18 grounds for eviction. The discussion also touched on public perceptions of the private rented sector, and particularly that of some elected representatives, who are still of the opinion that the quality of PRS stock generally is much lower than it really is. Recent NI House Condition Surveys show quite clearly that in Northern Ireland, the quality of privately rented stock is on the whole very good, with rates of unfitness for the occupied stock only minimally higher than for owner-occupied or social housing.

John Flint’s presentation looked at the extent to which housing choice, aspirations and expectations are being reconfigured in the contemporary housing system, and for me provided a really useful insight into the interplay between the objective and subjective drivers of the housing market encapsulated by the term ‘constrained choice’. Changes in the structure of the labour market, and in particular, the growth of the ‘gig’ economy, are a key underlying factor in the growth of the private rented sector. Uncertainty over future household income plays a significant role in the choices and aspirations of newly forming households, while security and stability are increasingly recognised as vitally important to ensuring a sense of home.

Kim McKee’s research complements these findings by providing a disturbing picture of the lived experiences of young households on low incomes living in the PRS. Based on in-depth interviews carried out in Scotland and England, it paints a picture of young people who are having to deal on a day to day basis with the combined effects of insecurity of tenure and lack of affordability, a ‘precarity’ that was clearly taking its toll in terms of their mental health. In policy terms, the research indicates that the greater security of tenure enjoyed by PRS tenants in Scotland has improved their lives, but also that the term ‘Generation Rent’ presents an oversimplification of a situation where intra-generational differences are overlooked and where age is only one of a number of factors determining the housing journey of younger households.

The subsequent stakeholder discussion again showed the importance of understanding different perspectives. The increase in security offered by open-ended tenancies, while generally welcomed, may be exaggerated. Affordability research needs to focus more attention on the PRS rather than almost solely on the owner-occupied sector and any dispute resolution service should be established on the principle of the need to achieve a balance between the interests of landlords and tenants.

Indeed, it was this need for future PRS policy initiatives to achieve a sense of balance between competing interests that struck me as the most significant recurring theme emerging from the stakeholder engagement session as a whole. Hopefully the detail of the discussions will help policymakers in the Department for Communities grappling with getting the balance right in terms of future regulation of the private sector to reach an optimal conclusion.

Professor Joe Frey is a Knowledge Exchange Broker for the UK Collaborative Centre for Housing Evidence.