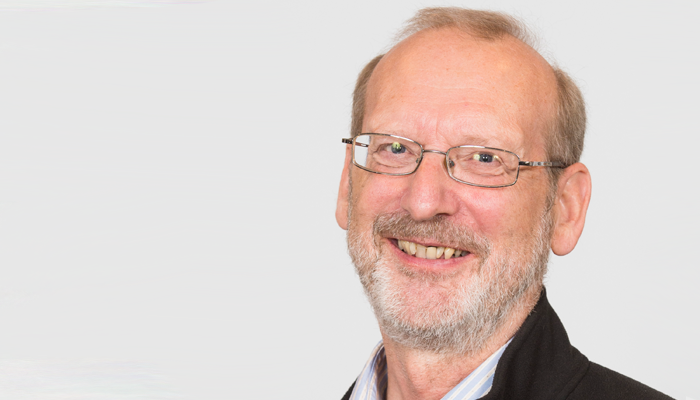 Traditionally housing academics have adopted the role of ‘neutral observer’, providing facts for decision makers to use. In this blog, Professor David Clapham considers whether, in the current climate, it’s time to have a rethink and review our choice of research methods to include more tools to study the emotional elements of views and actions.

We seem to be living through a period of substantial social conflict and change. Neo-liberalism has been the dominant discourse in many countries since the 1980s but it is being increasingly challenged by populism and the social phenomena of a Trump presidency in the US and Brexit in the UK as well as by social and political movements on the left. In the field of housing policy, the dominance of neo-liberal discourse is being undermined by the housing problems that its implementation has created such as the decline in the size of the owner-occupied sector, related problems of house price appreciation and affordability, as well as high or increasing levels of homelessness and issues of sustainability in the face of climate change. So, what is the role of housing academics in this context? The traditional approach has been to adopt the role of a neutral observer, providing a value-free analysis of the facts for decision-makers to use. However, a number of factors have undermined this role and it is becoming increasingly difficult to sustain. What are these relevant factors and can they be overcome? So, should we aim to resuscitate this way of working, or look to find another way more attuned to the present context?

In my recent research on neo-liberalism and its impact (Clapham, 2018) I was struck by the lack of research at the international housing regime level. For example, there is a lot of research on the causes of homelessness and the efficacy of different approaches to dealing with it at a national level. But there is little research that examines the extent of homelessness in different housing regime types and the factors that influence this. The research that is available seems to indicate that neo-liberal regimes are characterised by a relatively high level of homelessness and that programmes designed to deal with this, such as Housing First, are more difficult to implement in such regimes (for a review see Clapham, 2018). Other outcomes of the neo-liberal regime, such as problems of affordability caused by high price rises, price volatility, neglect of sustainability issues, and housing inequality are serious and have an important impact on people’s lives. So why is there so little research at this level of analysis?

One set of reasons relates to the inherent expense and difficulty involved in doing the extensive research that would be necessary to examine such issues. Few funders are prepared to finance such endeavours and the construction and maintenance of the academic networks necessary to undertake the work are time-consuming and difficult. The incentive structures in universities now encourage research work that can be confined within individual journal articles rather than the more broad brush approach identified here that requires a more holistic approach. Some individual academics specialise in particular areas of policy and research and so can miss the big picture. But the key question posed here is whether any more research in this area would have made any difference to policy.

The traditional view of the role of academics or experts in a particular field is as neutral observers undertaking value-free analysis of social problems. However, as Davies (2018) points out, objective facts and analysis are trusted less by policymakers, politicians and the general public in the current environment, where there is increasing popular and political talk of fake news, ‘alternative facts’ and a post-truth era. Recent examples include the widely criticised and discounted economic projections about the impact of Brexit in the UK as well as the scepticism about information on climate change.

‘Experts are under fire today. Fewer and fewer people believe they are independent. Their capacity to reflect the truth in a neutral fashion, whether as scientists, professionals, journalists or policy advisors is now attacked on the grounds that it is more self-interested and emotional than the protagonists are willing to admit’ (Davies, 2018 pp.25/6).

The belief that experts are motivated by personal beliefs or interests or personal ambition has been reinforced by the imposition of market structures on universities and the related performance systems that force academics to focus on their own careers rather than the value of the research they undertake.

In this distrustful environment where statistics (the usual tool of social researchers) present a threat to an important source of meaning to a social group, they are often ignored or actively resisted. For example, Davies states that only 13% of Trump voters trust government economic data and in the UK, 55 per cent of the population believe that government is hiding the truth about the extent and impact of immigration. In the ‘post-truth’ world, established scientific facts become matters of perspective and opinion. For example, the BBC has seen fit to pit scientists projecting the established scientific knowledge against climate change deniers in the cause of ‘balance’. As Davies (2018 p.xiv) argues, ‘Experts and facts no longer seem capable of settling arguments to the extent that they once did.’

Some scepticism and distrust about expert knowledge is easy to understand. Many statistical forecasts have been inaccurate. Examples include the impact of the Brexit vote on the economy, voter polls in recent elections and, in our own field, housing need assessments. In defence, it can be argued that increasingly complex and diverse lifestyles and growing inequality have meant that categorisation and generalisation have become increasingly difficult and that generalisations are meaningless for many people.

At the same time, there has been a knowing use of misleading and inaccurate statistics such as in the recent UK green paper on social housing. The distinction between neutral observer and decision-maker has become blurred in the public mind and has suffered from the general distrust of elites fostered by populist politicians. In the face of these problems, how can policymakers and the population at large judge the good and bad use of research evidence without an in-depth knowledge of research methods and the topic under review?

In the neo-liberal era, it is easy to understand why experts and expert knowledge may be considered superfluous or even dangerous. For example, Hayek, a leading proponent of the neo-liberal paradigm, argued that the market should be left to regulate itself without government ‘interference’ that would be the ‘Road to Serfdom’. This approach breeds distrust of public knowledge and emphasises the importance of actor knowledge rather than government or expert research. For example, government assessments of housing need are relegated in favour of the market knowledge of housing market actors and the working of supply and demand. At a time of suspicion over public knowledge, private market knowledge is now everywhere in the information age. But this knowledge is required to be fast and private so that market actors can gain advantage from it. Public knowledge is usually neither and is of little use in this context.

Expert knowledge is also being challenged by the rise of emotion in public discourse. Davies (2018 p.xvii) argues that ‘democracies are being transformed by the power of feeling in ways that cannot be ignored or reversed’.  The Cartesian mind/body split, that emphasises rational thought processes as being superior and separate from emotional thought, has dominated the view of the appropriate type of knowledge for policy discussion, but, as Davies (2018 p. xii) argues, ‘Since the 1990s rapid advances in neuroscience have elevated the brain over the mind as the main way by which we understand ourselves, demonstrating the importance of emotion and physiology to all decision-making’. This change of approach is recognised through behavioural economics and recent concern with ‘the body’ in sociology. But there is an increasing realisation that statistics do not reflect people’s lived experience and so they find them difficult to relate to. In addition, generally used statistics do not deal well with the intensity of feeling on any issue that is important when there is an increasing polarisation of views. Much research and expert analysis neglects the importance of status and reference groups in forming opinions. For example, in recent wellbeing research (Clapham et al, 2018) it has been shown that people’s views are shaped by the position and views of their reference group and that questions of status are important in forming opinions. Feelings of self-worth and shame are vitally important in understanding people’s attitudes and behaviour.

There are lessons to be learnt from this analysis for housing academics. We are used to undertaking rigorous academic research and then being asked by the media for personal examples that will have more influence on political and popular opinions. We should not be surprised by the impact of the personal as the importance of scandal in changing social policy has long been recognised. Perhaps the personal example is the important evidence unearthed by the research? Perhaps we should rethink our ideas on what is rigorous and robust evidence to include this insight? Perhaps we should review our choice of research methods to include more tools to study the emotional elements of views and actions?

But the challenge to traditional views of the academic role also relates to the neglect of values in the attempt to be neutral and value-free. Many academics have offered critiques of neo-liberalism in housing, as in other spheres, but what is the alternative? This can be an uncomfortable question for ‘neutral academics’ but reflects a need in policy. It can be argued that housing academics have failed to offer an alternative to the dominant neo-liberal discourse and to provide agents in the political system with choices. Some issues require the study and analysis of values. For example, it is appropriate for academics to ask the question of what a good housing system would look like. To answer this needs an analysis of the objectives of housing and housing policy that involves the analysis of values.

To conclude, we are left with a number of important questions and challenges for housing research. Is it desirable and possible to reinstate the neutral expert role? If so how can this be done in the current climate? How do we integrate feeling into our research methods to give equality of worth to emotions and ‘facts’. How can we increase the analysis of values and their visibility in housing research?

Davies (2018 p.223) is very sceptical of the chances of retreating to the traditional neutral position

The challenge facing us today is how to establish a shared world in the future, inhabited by beings who are feeling and thinking, not how to reassert the elite power of the past. What is known as ‘objectivity’ is just one way of settling disputes and, ideally, avoiding recourse to violence. Expertise plays an indispensable role in this reconstruction work – but it cannot pretend to possess a monopoly over how society and nature are described. Less still can we rely on experts for the answers to divisive democratic questions.’

Professor David Clapham is a Co-Investigator at the UK Collaborative Centre for Housing Evidence.