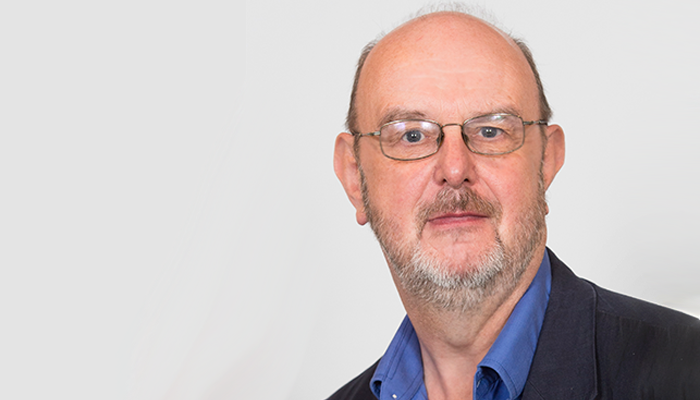 Dr Bob Smith reflects on the recent event, Delivering Affordable Housing Supply in Wales, which CaCHE co-hosted with School of Geography and Planning at Cardiff University and the Wales Institute of Social and Economic Research and Data (WISERD). Bob co-chaired this event alongside Prof Kevin Morgan from Cardiff University.

Between April 2018 and April 2019 an independent review panel gathered evidence and examined the approaches being taken in Wales to deliver increased levels of such homes. Their final report, Independent Review of Affordable Housing Supply, which was published by the Welsh Government in April 2019. The recommendations of the review have (all bar one, on the Help to Buy Wales scheme, which is pending) been accepted by Julie James, the Minister for Housing and Local Government in Wales. This event provided an opportunity to bring together Welsh Government, members of the review panel and other stakeholders and interested parties to debate some of the recommendations from the review, to consider the progress being made and to reflect upon the challenges which need to be addressed in responding to the clear need for increased levels of affordable homes.

The event began with an overview from Ian Williams, Head of Homes and Places within Welsh Government, setting the context for the review. Ian highlighted the gap between the scale of housing requirements across Wales and recent levels of provision, indicating that additional social housing is the prime focus for Ministers. There was also recognition that developing Modern Methods of Construction (MMC) and the greater use of off-site construction methods would have a growing part to play in increasing the pace and scale of delivery.

Dr Peter Williams (University of Cambridge, and a member of the review panel) focused attention on social rents, affordability and value for money; one of the more controversial areas of the review. After highlighting how social rents in Wales have continued to rise in real terms over recent years, he noted that the panel has recommended a five-year rent settlement from 20/21 (to give greater certainty), but that this should be linked to achieving greater cost efficiencies and value for money. The review has also made the case for social landlords to engage more with their tenants on issues of rents and affordability. A decision on future rents policy in Wales is expected soon after the outcome of the UK General Election.

In the next session, Peter and Clarissa Corbisiero (Community Housing Cymru) gave presentations on the future of grant funding for social housing in Wales (Peter drawing on a presentation from Helen Collins from Savills, another member of the review panel, who was unable to attend). It was acknowledged that this is another controversial area, with the review arguing for consolidation of existing funding streams, reform of grant funding (with new models being based on principles of fairness, quality, value for money and transparency and for grants to be made available to local authorities as well as housing associations. Any new model will need to link to information about relative local housing needs, which is currently being developed following publication of Welsh Government updates of future housing requirements (at national/regional levels and by tenure) earlier this year. It was acknowledged that considerable work was needed, to be developed on a co-production basis, if a new grant framework was to gain widespread support across the housing sector.

Underpinning the ambition to increase affordable housing supply and improve delivery are issues of collaboration and partnership working. Jon Matthews (Tirion Homes) and James Williams (Sero Energy) gave a joint presentation of some of their recent collaborative affordable housing developments in Cardiff, Newport and Rhondda-Cynon-Taff, highlighting the importance of innovative design and finance to deliver decarbonised homes (and reduced energy costs) in high quality, sustainable developments where people want to live.

Towards the end of the afternoon, a small panel of independent voices was asked to reflect upon the review and the challenges ahead. Debbie Green (Coastal Housing). Jim McKirdle (Welsh Local Government Association) and Tamsin Stirling (independent consultant) – all members of the CaCHE Wales Knowledge Exchange Hub – each gave their own perspectives and responded to comments and questions from the audience. Asked to identify key factors for delivering an increased programme of affordable housing the panel identified the need for additional investment, greater collaboration (highlighting the possibility of further mergers in the Welsh housing association sector) and work to plug the gaps in skills and capacity across the sector.

Lynn Pamment (PwC), who chaired the independent review, drew the event to a conclusion, providing an excellent summary. She argued that the review had established key principles for a direction of travel in Wales, but there is much more work to be done. In some respects, there is a lack of up-to-date and robust data (for example, around establishing value for money) and such weaknesses need to be addressed. The review made the case for more long-term thinking and there is also a need for a stronger tenant voice, for example around affordability, as well as further mature debate around grant funding models. Whilst it was recognised that there was scope to do more with current levels of resources, the housing sector in Wales needed to continue to make the case for increasing the scale of investment in the delivery of affordable housing.

Dr Bob Smith is a Knowledge Exchange Broker for the UK Collaborative Centre for Housing Evidence.