This blog has been cross-posted from The Conversation.

The private rented sector has long had the unenviable reputation as the “tenure of last resort”. As far back as the 1915 rent strikes in Glasgow, private tenants have campaigned about unaffordable and poor quality housing, with more recent movements also drawing attention to insecure tenancies.

No figure better captures this reputation than Peter Rachman. An infamous slum landlord operating in London in the 1950s and 60s, his name entered the dictionary as a by-word for tenant exploitation. He drove out sitting tenants who enjoyed rent protection, before subdividing their properties and renting them out at higher rates to new tenants. The property empire Rachman built up became associated with organised crime, vice and violence.

But today, there are private landlords and organisations challenging the stereotype of the “greedy landlord”, one who is interested only in profit, not people. In fact, the role of private landlords has changed radically, to the point that some are adopting a more social and supportive role, to help tenants maintain tenancies. This is not simply a UK trend – it has also been observed internationally.

Nearly one in five households in the UK now live in the private rented sector. This includes a growing number of low-income and vulnerable households, who are unable to access social housing. Many receive housing benefits or have past experience of homelessness. In this context of welfare reforms and public sector cuts, more private renters are turning to their landlord for support.

Research indicates that landlords themselves also see the need to play a more proactive and supportive role in the lives of their tenants, since it maximises their chances of successful, long term tenancies. At a time when welfare reforms like the housing benefit freeze are causing rising rent arrears, this is vital to protecting their investment.

Emma Bimpson’s 2018 PhD research, conducted with housing and support providers in Leeds, observed a blurring of boundaries between the social and private sector. Private landlords grappled with emerging yet ambiguous social responsibilities, as private renters felt the impact of welfare reforms. While discrimination against people receiving housing benefits or Universal Credit was evident during interviews, these same landlords also revealed an ethic of care in their work. 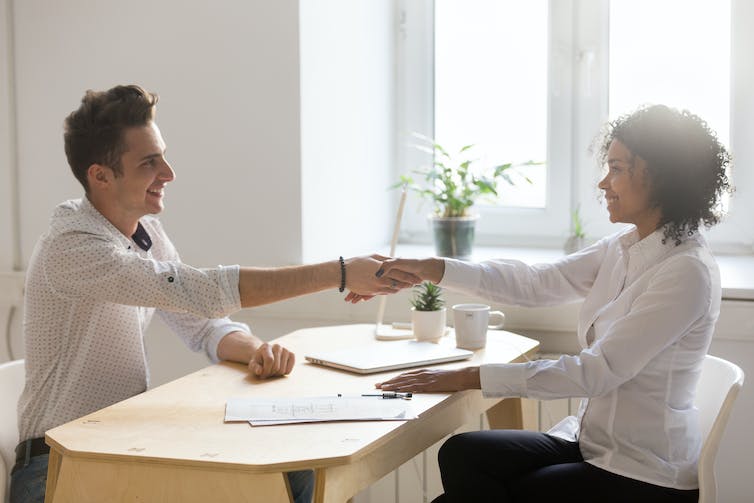 For example, landlords checked on the welfare of tenants when they were identified to be at risk of harm due to substance misuse or poverty, took tenants to food banks, identified local support services and gave short-term financial loans. Landlords and letting agents also described the need for “responsible” lettings in shared housing, to safeguard the safety and well-being of their tenants.

New studies of social letting agencies in England and Scotland have found they help to support low-income and vulnerable people. These agencies provide a range of tenancy support services for private renters, not typically found in the private rented sector. This includes benefits advice, access to support with deposits and longer tenancies. They offer proof that the tenant-landlord relationship shapes peoples’ renting experience.

These more socially responsible practices are not only offered to tenants on the lowest incomes. Big corporate build-to-rent landlords – such as Uncle, Moorfield Group and L&Q – are attempting to “shake up” the private rented sector, claiming to offer a professional service, alongside stable long-term and pet-friendly tenancies that enable tenants to create a home.

These practices are in tune with wider demand from younger generations for more ethical and sustainable products and employers that embrace corporate social responsibility. More and more companies are engaging with social movements and sustainable practices to create new opportunities, build customer loyalty and in the long-term, increase profits.

Alongside poor standards, tenants also face substantial insecurity. This makes it a challenge for them to settle down and make a home – which has knock on effects on their mental health.

The no fault ground for eviction is set to be abolished in England, as it has been already in Scotland. Once that happens, tenants will have much needed security and confidence to challenge poor practice. But further changes are still needed. 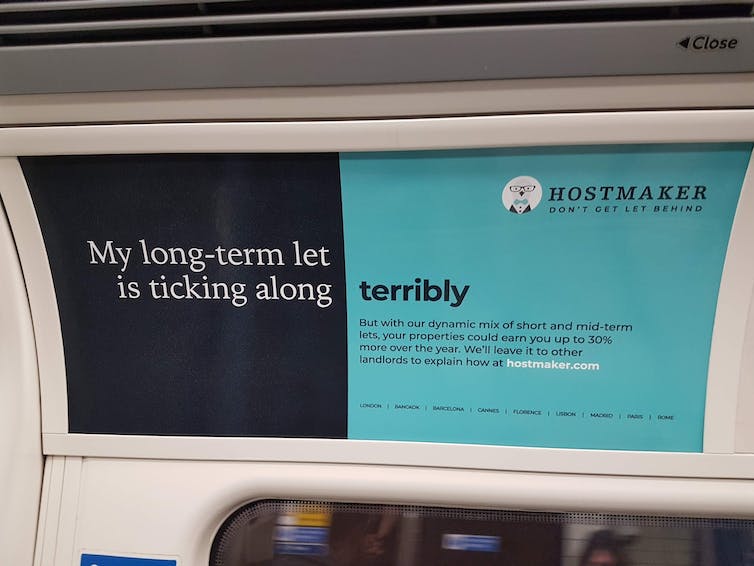 Part of the issue is the continued commodification of housing, and the attitudes of landlords who view their properties as an investment, rather than as someone’s home. This was encapsulated in recent adverts by letting company Hostmaker, which subtly promoted a move away from long-term tenants in favour of the short-term market.

Landlords have the upper hand in the tenant-landlord relationship. Nonetheless, some landlords are clearly attempting to offer a more professional service, while others are also adopting a more supportive role. But as social housing becomes more and more difficult to access, a system that rests on the good will of private landlords and agents is fragile. Rebuilding the social rented sector to ensure wider access to a safe, secure and affordable home must be the cornerstone of housing reform.

Dr Kim McKee is a Co-Investigator at the UK Collaborative Centre for Housing Evidence, based at the University of Stirling.

Dr Emma Bimpson is a Research Associate at the UK Collaborative Centre for Housing Evidence, based at the University of Sheffield.

This article is republished from The Conversation under a Creative Commons license. Read the original article.