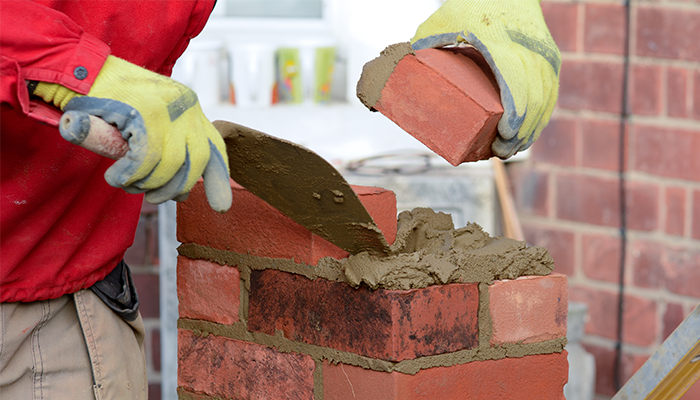 Paul Hackett, CEO of Optivo, outlines the role that housing associations and Homes England could play in stimulating economic growth through housebuilding.

Six weeks ago life was proceeding almost as normal. Yes, there were new instructions about self-isolating if we had a persistent cough or fever. And yes certain essentials were disappearing off the shelves far more quickly than usual. But most of us were still going about our daily lives as normal, albeit with a sense that a public health crisis was looming on the horizon.

There was even a cautious optimism about the economy, which was reflected in the Budget. Rishi Sunak had announced that the spending taps were to be turned on again following a decade of austerity. We would see large scale investments in roads, rail and broadband and a new £12.2bn affordable homes programme.

Now, of course, that has all changed. Thousands of families across the country have lost loved ones. We are in a state of lockdown with previously unthinkable restrictions on our freedom of movement.

That cautious optimism about the economy has been replaced by growing certainty the UK – and the world – is to enter a deep recession. The Office for Budget Responsibility has said a 35% drop in GDP is possible in Q2. By comparison, the biggest quarterly drop at the peak of the 2008/9 financial crash was just over two percent.

Much of the public health discussion has focused on flattening the peak of cases. But from an economic perspective, the chancellor is attempting to reduce the depth of the trough. He has already taken unprecedented steps including subsidising the wages of furloughed employees. But his attention will be turning to options for accelerating the pace of economic recovery once lockdown measures are lifted; to channelling government investment to industries that will most stimulate economic growth. And it is here that I believe the homebuilding industry – and especially housing associations – can play a critically important role.

Government spending on building new homes is the perfect candidate for counter-cyclical investment. Research by Shelter shows that for every £1 spent on construction, the UK economy benefits by £2.84. That’s because the original investment stimulates activity in the supply chain and increases workers’ spending power. Compared with other forms of construction (e.g. new transport infrastructure), housebuilding can also be ‘shovel-ready’ more quickly and add more quickly to GDP. This means a boost to housebuilding would help prevent the damaging loss of construction workers that has followed previous recessions.

Housebuilding is also a proven form of counter-cyclical investment. Past governments have chosen to increase funding as a deliberate stimulus to the economy and the construction sector in particular.

Investment specifically in affordable housing brings its own set of benefits in terms of health, children’s educational attainment and savings in welfare costs. So what levers does the government have at its disposal?

An obvious place to start is with Homes England’s existing set of strategic partnerships. Strategic partners already benefit from several privileges safeguarding them to some extent against a downturn.

But Homes England could go further. It could enable strategic partners to use committed funding even more flexibly. For instance, enabling the conversion, not only of shared ownership homes, but also those for open market sale to low-cost rented accommodation. It could also increase grant rates in the short-term to plug the cross-subsidy gap that has grown since Brexit and been exacerbated by COVID-19. For example, it could use grant to 100% cashback site acquisitions appraised as 100% rent. But then compel partners to convert homes back to shared ownership or open market sale as and when market conditions allow, thereby reducing the final grant requirement. Some extra flexibility about the use of Recycled Capital Grant Funds might also help reduce the need for additional spending.

These additional flexibilities would be predicated on two things. Number one is trust. The strategic partner model was brought in to remove the “parent and child relationship” between government and housing associations and foster greater partnership working. Let’s make the most of this. Housing associations are committed to working on an open-book basis and to making investment decisions in partnership with Homes England and the GLA.

Number two is adopting a long-term view. To make this new approach work we need a longer time horizon and an acceptance grant per home has to be higher at this point in the cycle. It will be a little while before the housing market recovers and for cross-subsidy receipts to start flowing back into the strategic partner pot. But over the next decade, we should be able to return to bid grant levels per home. Homes England was already seeking to extend selected strategic partnerships to 2029 so we know there is an appetite for genuine long-term funding. Really we need as many strategic partners as possible to have their deals extended to 2029 or 2030.

Extending and adapting the strategic partnerships is just one of the options available to government. There are others too like affordable homes guarantees and making more public land available at discounted rates or ideally for free. The new £12.2bn affordable homes programme can also be designed in such a way to encourage housing associations to continue building – for example, through paying a large proportion of grant upfront at the land acquisition stage rather than skewing this towards practical completion.

The scale of the economic challenge facing the country is daunting. But, in the form of housebuilding, government has a tried and tested way of stimulating economic recovery. It has tools at its disposal in the form of the 23 strategic partnerships and an upcoming affordable homes programmes. And, in housing associations, it has businesses committed to investing over the longer-term that will act as anchor institutions in their communities during and post-COVID-19. If it takes a longer-term view and uses grant to plug the short-term cross-subsidy gap, government can help housing associations get back to building and investing quickly. Surely that has to be good news for the building industry, good news for homeless households and good news for UKPLC?

Paul Hackett is CEO of Optivo and Honorary Professor at UCL Bartlett School of Construction and Project Management.