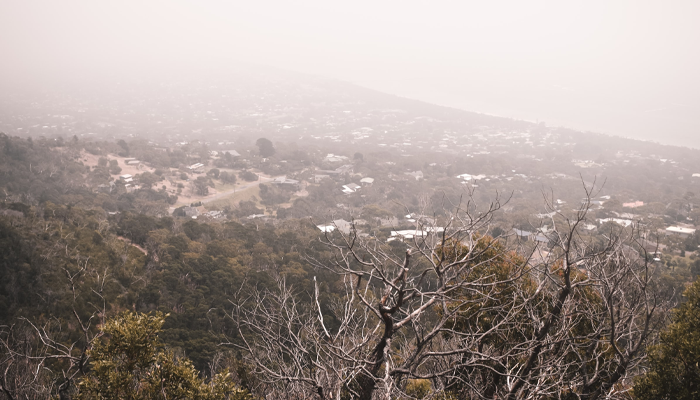 The links between houses, homes and the natural and physical world are far-reaching. In this blog, Prof David Clapham explains that the COVID-19 crisis has underlined our limited understanding of these links.

It is increasingly common for policymakers to recognise the links between housing and environmental issues. The recent bushfires in Australia are an example of where these links become visible to many people and show the harm that can result for humans, animals and the natural world. In housing policy terms, the links between energy use in houses, carbon dioxide emissions and global warming are well understood, and responses such as carbon neutral and passive house designs for new houses and the retrofitting of older properties are common in many countries. However, the COVID-19 outbreak has underlined the limited nature of this understanding and highlighted the fact that the links between houses, homes and the natural and physical world are far-reaching and very important to humans and other creatures. A key insight from the current epidemic and similar ones in the recent past (such as SARS and MERS) is that there is an increasing risk of the transfer of viruses from animals to humans. The highest chance of this happening is in areas of human activity such as newly cleared forest and new settlements where the habitat of wild animals is threatened, resulting in them being more prone to harmful viruses and leading to an increase in the opportunities for contact with humans.

Living in any dwelling in any place involves interaction with the outside social, material and animal world. These may be a threat to valued social practices of everyday life (as in the bushfire or COVID-19 examples) or valued opportunities to walk in forests or green places or to grow vegetables or flowers. Any dwelling is the place of living for some humans and some animals, whether these are pets or other (perhaps unwelcome) animals such as spiders or mice. Of course, any material space is the home of millions of simple living organisms such as viruses and bacteria (as is the human body) some of which will be useful to humans and some less so. In the latter category, one can think of moulds that may lead to an unhealthy living environment for humans. Whether harmful or a source of pleasure, the interactions have a massive impact on humans and animals and should be included in any analysis of living arrangements. The term co-habitation is useful to reflect the idea that human living is undertaken with other species.

It is important that we have the appropriate language and concepts to understand these links between humans and the ‘natural’ environment. The most common way of thinking at present is the concept of sustainability, but this has a number of drawbacks. First, the term has been widely used and has been broadened to include social, economic and ecological concerns and it can be argued that this makes the term very difficult to define in any useful sense. For example, what should the timescale be? Should measures be sustainable over ten or twenty years or across generations? What balance should there be between the ecological and the other social and economic factors? How should ‘nature’ be defined and what factors should this include? It can be argued that these issues could be overcome with more focus on finding a more specific definition. But there are two crucial problems. The first is that there is no specific language or framework to link ‘nature’ with the ‘human’ factors. Nature is usually examined using frameworks and techniques from the natural sciences based on the ‘scientific method’ of positivism and experimentation. An example of this would be the concept of ecology or ecological system that places emphasis on stability and interdependence in a form of systems thinking. The term socio-ecological system is often used in the study of ecology and has a clear basis in systems theory. In contrast, there are a number of approaches in the social sciences and little consensus on the appropriate framework. Systems approaches are not commonly used as they are criticised for overlooking conflict and underestimating structural and agency forces in society. There has been a ‘materialist turn’ in geography and sociology that has attempted to find approaches that can integrate material, animal and human elements such as Actor Network Theory or the concept of Assemblage. However, despite early articles extolling their advantages in the study of housing these frameworks have been rarely used because of the need for some adaptation to provide a workable empirical framework that is essential to provide evidence for housing policy.

The second drawback of the sustainability approach is that it focuses on the ‘human’ element. The definition usually makes the sustainability of human populations the focus, and only includes wider ‘nature’ as it impacts on humans. Is it an acceptable outcome if humans survive but almost all other biological forms except those that humans rely on for food or other sustenance are wiped out? Therefore, what is needed is a framework that uses a common language to discuss the relationship between ‘humans’ and ‘nature’ and does not exclusively focus on ‘human’ sustainability.

The aim of this blog has been to increase awareness of the importance of this issue to housing policy and practice and the future wellbeing of humans and animals. There needs to be guidance for housing policy at a national level to take these factors into account in any housing strategy if future problems are to be avoided. At the same time, individual housing developers and housing managers need a framework to enable them to be aware of the impact of the issues on their activities. There are no easy answers here given the present lack of appropriate theoretical frameworks and empirical knowledge of the many links and their importance. There are four essential stages in any programme of research on this topic. The first is the derivation of a concept that encapsulates the expanded view of the housing field that moves beyond a sole focus on houses and homes and includes ‘nature’. The second is a critical review of the analytical frameworks available for the study of these interactions, with the aim in the third stage of deriving a useful empirical research framework to provide evidence for housing policy. The fourth is a programme of empirical research on the main issues involved. The present crisis shows that this needs to be a major housing research and policy focus if catastrophes such as the present pandemic are to be avoided in the future and harm to people, animals and the natural world prevented.

Prof David Clapham is a Co-Investigator at the UK Collaborative Centre for Housing Evidence.

Photo by Finn Whelen on Unsplash