Housing to 2040 and the Transmission Mechanism 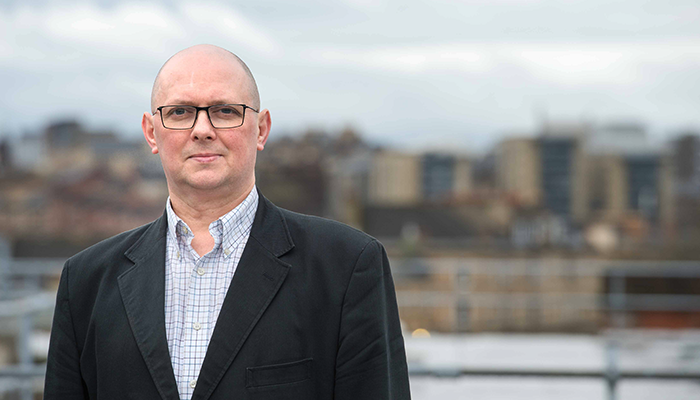 Professor Ken Gibb takes time to reflect on the Housing to 2040 programme’s underlying transmission mechanism, with a focus on issues surrounding assets and prices.

The ambitious Housing to 2040 programme is at an important juncture. Last summer the Scottish Government produced a clear set of long-term principles and a vision for the Scottish housing system in 20 years’ time. The recently completed consultation stage has asked for further feedback on that document, and also to identify ideas, innovations and initiatives that could help in the pursuit of its goals

A challenge apparent in several discussions that I have taken part in during this period, has been to consider the more immediate short-term for housing policy and spending. To an extent this runs against the long-term focus of the 20-year programme. It also reflects shorter-term legitimate concerns and also the fact that many people within the sector agree that we cannot pursue a successful, coherent and consensual 20-year policy programme if we don’t have an agreement about how it will work initially. The early years of the programme are critical.

It’s in this context that I want to reflect a little on the underlying transmission mechanism, the means and ends of the policy programme given the vision and principles set out in last summer’s document. There were many things in that vision and principles document that attracted support from the housing sector (and that is true internationally as well). It contains a strong defence of housing as a human right, it argues to replace the asset orientation of housing with a more consumption-based approach, and in time it seeks to achieve stable house prices. While there are many principles within the document, this blog will focus on issues surrounding assets and prices.

If we consider the vision and principles as the ends of policy for Housing to 2040, we have to think both about the means or instruments that will achieve those ends, but at the same time have a really clear sense of the transmission mechanism in what we might call the housing system, which is really another way of saying ‘what is actually going on’ in the housing system. This is the framework by which we diagnose what is wrong with the housing system and also where we trace through the impacts of specific interventions that will affect the outcomes we seek to achieve.

In the documentation throughout Housing to 2040, there has been a good and a reassuring emphasis on whole-system analysis, focusing on interdependences and knock-on repercussions. While that is helpful, I think we have to understand also that over such a long period of time, we will have to make plans under conditions of multiple layers of governance and considerable outcome uncertainty. I think this can only mean that we must renew our efforts to operationalise empirical models of the housing system at appropriate spatial scales. And that spatial scale is not Scotland; instead, it is more likely to consist of a functional series of housing market areas. We also need to monitor and adjust our assumptions as parameters change and shocks occur, as they undoubtedly will. This is a major undertaking and of course, one that can be integrated alongside developments in housing planning, needs analysis and land supply for housing.

The challenges of managing and understanding imperfect future knowledge are well captured in the new book by John Kay and Mervyn King, Radical Uncertainty. I would thoroughly recommend it to people interested in the evolution of the housing system and how best policy responses can be made in the light of a changing, fundamentally uncertain world. For instance, their focus is on the idea of trying to understand ‘what’s really going on’ in any markets or a particular period of uncertainty – this is more to do with the diagnosis of the fundamentals of a system than it is to imply or impose some formal modelling strategy and then to follow that slavishly. This book as an excellent and thought-provoking guide to many of issues we ought to be concerned with when considering long term strategy and short term responses to try to keep it all on track, in order to make the best decisions we can, given conditions of considerable imperfect knowledge.

In the process of listening to many people talking about the Housing to 2040 consultation process, a number of other points struck me. First, and particularly given the importance of the carbon reduction strategy, we need to really up our game and think hard about the existing housing stock and in particular large aspects of the housing stock which face multiple challenges. An obvious example of this is the pre-1919 tenements in our cities and towns. We will have to find new innovative ways to tackle multiple ownership, common repairs and carbon emissions  – and to do that in a way which is both affordable and sustainable in terms of maintaining property life.

Second, I was struck by a point made by my colleague Professor Duncan MacLennan, who said that 1970s Britain struggled with the general ‘wicked problem’ of dealing with and managing rapid and uncertain cost inflation. He argued that in contemporary times the relevant ‘wicked problem’ can be thought of as the consequences of reliance on rising land values and the considerable stake that many people have in those rising land values, be they owner-occupiers or investors in residential property (as well as the inequalities created by their exclusionary consequences). We need to find ways that are politically acceptable to break out of our reliance on property asset appreciation.

So rather than talking about solutions at this point in the consultation, I think we have to first define what the problems are very carefully and address them within a coherent framework or systems analysis. I think these two issues are problems that need to be addressed systematically, coherently and cumulatively if we are really to make the kinds of progress we want and achieve the higher ground of the 2040 aspiration.