How does the land supply system affect the business of UK speculative housebuilding? 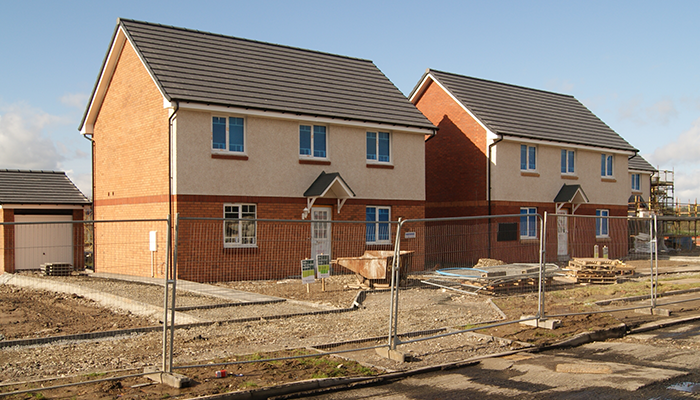 This blog follows the publication of a CaCHE evidence review which evaluates some of the key strategies of the speculative housebuilding sector, in relation to land, planning and development. In this post, Dr Gareth James outlines the four key areas of enquiry and summarises the evidence that was extracted from the literature.

The supply of new housing presents a major challenge in the UK, aggravating the housing shortage. In an earlier blog, we noted that the lag between planning approvals and housing completions is often cited as one explanation for the slow speed of new private housing delivery. However, we also suggested that build out rates form only one part of a much more complex set of processes that determine the speed and mode of housing delivery.

We therefore set out to evaluate some of the key strategies of the speculative housebuilding sector, in relation to land, planning and development. We asked the question: how does the land supply system affect the business of UK speculative housebuilding? We have now published our report in which we examine existing evidence on the following four key areas of enquiry: land acquisition methods and processes; the composition of land portfolios and questions of land ‘banking’; product selection and the mode of housing delivery, including construction methods; and the speed of housing delivery, including build out rates.

Our review draws especially on evidence from 62 publications from the academic and grey literature dating from 1997 to 2018. The following paragraphs take each of the four lines of enquiry in turn and provide a summary of the evidence we extracted from the literature.

First, on land acquisition methods and processes, the evidence shows that UK housebuilders most commonly use options and conditional contracts to access and acquire land for residential development. They also rely more on networks and contacts than on markets to acquire land. We find that conventional land acquisition strategies do however differ depending on the type of site. The strategies and skills used for greenfield sites differ from those required for brownfield sites. The size and type of the firm can also have an influence on how housebuilders respond to policy initiatives that seek generally to influence their business practices, including, but not exclusively, in relation to land acquisition. The evidence also shows that smaller housebuilders tend to be disadvantaged when it comes to accessing finance for acquiring land for residential development.

Second, existing evidence shows that land ‘banking’ serves a number of functions but specific practices vary between firms and regions. There is some evidence to say that housebuilders’ business models do not depend on profiting from land banks; instead, evidence suggests that land ‘banking’ is a response to planning uncertainties. However, land banks also help to control costs, increase margins, provide security against company debts and foster confidence among the firms’ investors. The evidence shows considerable variation in the size of land banks (usually measured in terms of the number of years’ supply). The distribution of strategic and short-term land held by housebuilders in their land portfolios also varies between firms. Those housebuilders with a higher proportion of their developments on brownfield sites tend to bank more land than firms with fewer brownfield developments, primarily due to the risks associated with brownfield development. There is some evidence, too, that developing on existing land banks can allow more time for design. However, overall, there are clear research and evidence gaps on land portfolios and land banking: most of the existing evidence is partial and much of the information on the function of land banks comes from now dated studies.

Third, we provide evidence of an embedded culture of standardisation in the mode of delivery of new housing which is resistant to significant public policy changes. Greater levels of customisation are difficult to achieve given the issues that exist around funding and regulatory frameworks and capturing user needs. There is a reluctance among housebuilders to depart from standard house types. Moreover, the evidence suggests that design codes have a negative impact on the build process but that ‘smart parcelization’ can increase the diversity of product. There are also practical difficulties around the efficacy of technological innovations associated with low and zero carbon housing which are difficult to resolve since they increase risk. The evidence also suggests that there is no clear demand from customers for greater customisation or energy efficient technologies.

Fourth, we found substantial recent evidence on the speed of delivery of new private housing. We provide evidence to suggest that sales rates and site size are two key factors in determining build-out rates. However, the evidence also suggests that the relationship between site size and output is not proportionate, which can be explained partly by the number of different sales outlets on each site. Greenfield sites appear to be built out quicker than brownfield sites; and sites with more affordable housing tend to be developed faster. For large development sites to achieve faster build-out rates would probably require the site to be split up into two or three sales outlets. We also provide evidence of market-based (housing demand, land supply, competition between firms) and alternative explanations (the nature of the production process and other specific constraints) for slow build-out rates.

The report concludes by highlighting four points for reflection. First, much of the existing evidence is dated. Second, the evidence has a tendency to homogenise the industry and favour the mainstream volume builders. Third is the tendency for research to be geographically benign and underplay the distinctions in policy and spatiality: there was very little, if any discussion of Welsh or Northern Irish housebuilding in the literature. Finally, the review has pointed to a key research challenge for future work on the housebuilding industry, which is that of developing a richer theoretical understanding of how the industry operates as a basis for stronger empirical investigation.

View the full report, How does the land supply system affect the business of UK speculative housebuilding? An evidence review.