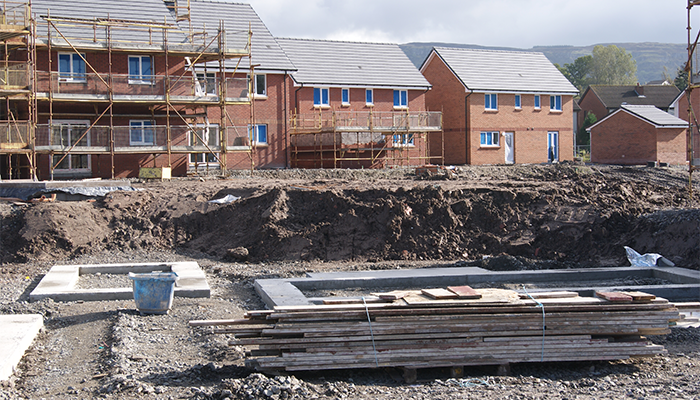 Guest author, Shona Glenn, Head of Policy & Research at the Scottish Land Commission, offers some thoughts on how we can better fund and coordinate infrastructure provision to support housing development. This is part of a series of blog posts reflecting on a recent roundtable discussion co-organised by CaCHE and members of the Scotland Knowledge Exchange Hub, and hosted by RTPI.

Last week I had the opportunity to attend the first meeting of CaCHE’s new Planning Bill group. One of the questions the group discussed was how we can better fund and coordinate infrastructure provision to support housing development. The discussion was well timed because the following day (Friday, 17th May 2019) the Scottish Land Commission published our own initial recommendations to the Scottish Government on this very subject.

Encouragingly, much of the discussion seemed to echo the findings of our own work.

Firstly – and there seemed to be a fair degree of consensus around this – there are no quick fixes. Despite what some commentators might have you believe, finding a fair way of capturing more publicly created uplifts in land value for the public benefit is easier said than done!

As ever in these types of discussions, it wasn’t long before someone mentioned the new towns and conversation turned to the need for a more interventionist role for the public sector.

This also fits well with what the Land Commission has been saying.

Early last year the Land Commission published a paper that made a strong case for what we have been describing as “public interest led development”.

Perhaps the best example of this approach in Scotland at the moment is the ongoing transformation of Dundee’s Waterfront.

Crucially, a public interest led approach involves the state acting as the “patient place investor”, providing the investment and coordination necessary either to make development happen where it would otherwise not, or to ensure that development is of a higher quality than it otherwise might be. The key defining feature of a public interest led approach is therefore that the outputs of the development process are in some way better (e.g. higher quality, more diverse, faster) than they would have been if the development had been delivered by the market alone.

But this approach would not be a replacement for market activity (successful projects generally involve some kind of partnership between the public and private sectors). It would however require public bodies to accept more of the risks associated with major development than they may be used to. In return, public bodies could reasonably expect to secure a greater share of the returns to development. This approach could therefore be thought of as “land value sharing” rather than “land value capture”.

This approach is markedly different from how things are usually done at the moment. Local authorities often have a fairly low appetite for risk and planning authorities often do not see delivery as part of their remit. If we are serious about tackling the housing crisis then things will need to change.

But normalising this approach will take time – and the housing crisis is happening right now – so what can be done?

The Land Commission believes that Masterplan Consent Areas (MCAs) could be part of the solution. To do this, MCAs would need to be designed to provide a framework for collaboration that would allow the risks and rewards of development to be shared more equitably between the public and private sectors. In short, we need to start talking more about land value sharing and less about land value capture.

This would be very different to our current approach, that tends to see large-scale development as a zero-sum game in which the public interest can be achieved only at the expense of commercial interests. What we are proposing is based on the principle that a more proactive involvement by the public sector should enable additional value to be created that would not otherwise exist. We believe that creating a framework that would enable landowners and developers to share in this value should make it possible to harness their own rational self-interest in pursuit of the common good.

A framework for delivering this approach, that is consistent with the existing provisions for MCAs contained within the Planning Bill, already exists. Over the next few months, we will be working with stakeholders to look at how it could be made to work in practice.

If you would like to know more about the Land Commission’s work on this area then you can download our recommendations to Ministers.

Shona Glenn is Head of Head of Policy & Research at the Scottish Land Commission.