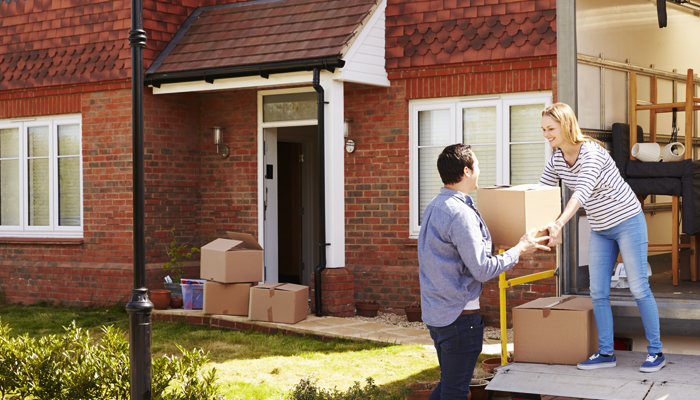 This is the second blog from Professor Geoff Meen and Professor Christine Whitehead, ahead of the publication of their new book, ‘Understanding Affordability: The Economics of Housing Markets’, which is due to be released on 8 July.

As a part of macro stabilisation policy, central banks now pay close attention to house prices and mortgage debt since their potential effects on the wider economy are believed to be strong. Arguably, less attention is paid to the distributional impacts of monetary policy changes. One way to control lending is to impose constraints on the size of mortgages relative to income and/or on mortgage repayments as a proportion of income. Buyers now have to undergo stress tests to show they have enough income to meet quite large proportionate increases in mortgage payments, should interest rates rise. Lenders have also become more cautious in their criteria since the Global Financial Crisis. Caution by both lenders and the authorities is understandable, but restrictions fall more heavily on some households than others. Notably, for those who are already well-established as owners, controls have a limited impact, because they have generally accumulated equity in their current homes, should they wish to move and are less reliant on credit. By contrast, aspiring first-time buyers have no such benefit. 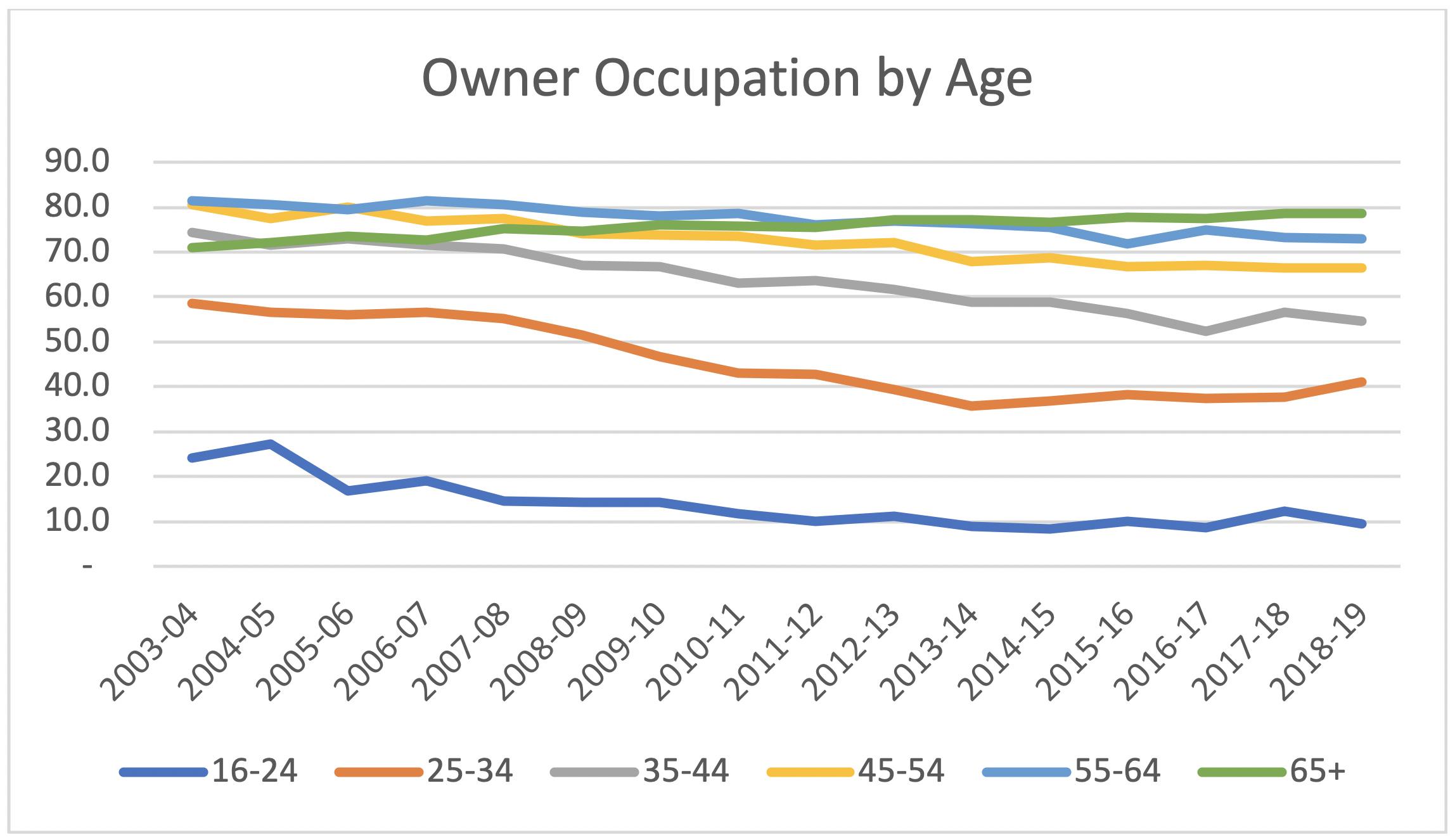 At the aggregate level, one measure of buying power is shown in Figure 2; this graphs net mortgage advances deflated by average house prices since 1993. This date approximately marked the beginning of the recovery after the early 1990s recession. The sharp rise until the GFC is evident as is the subsequent, unprecedented collapse. Perhaps, even more importantly, lending had not recovered to 1993 levels by the end of 2019. The new world – even before COVID-19 – appears to be one in which lending is permanently lower. 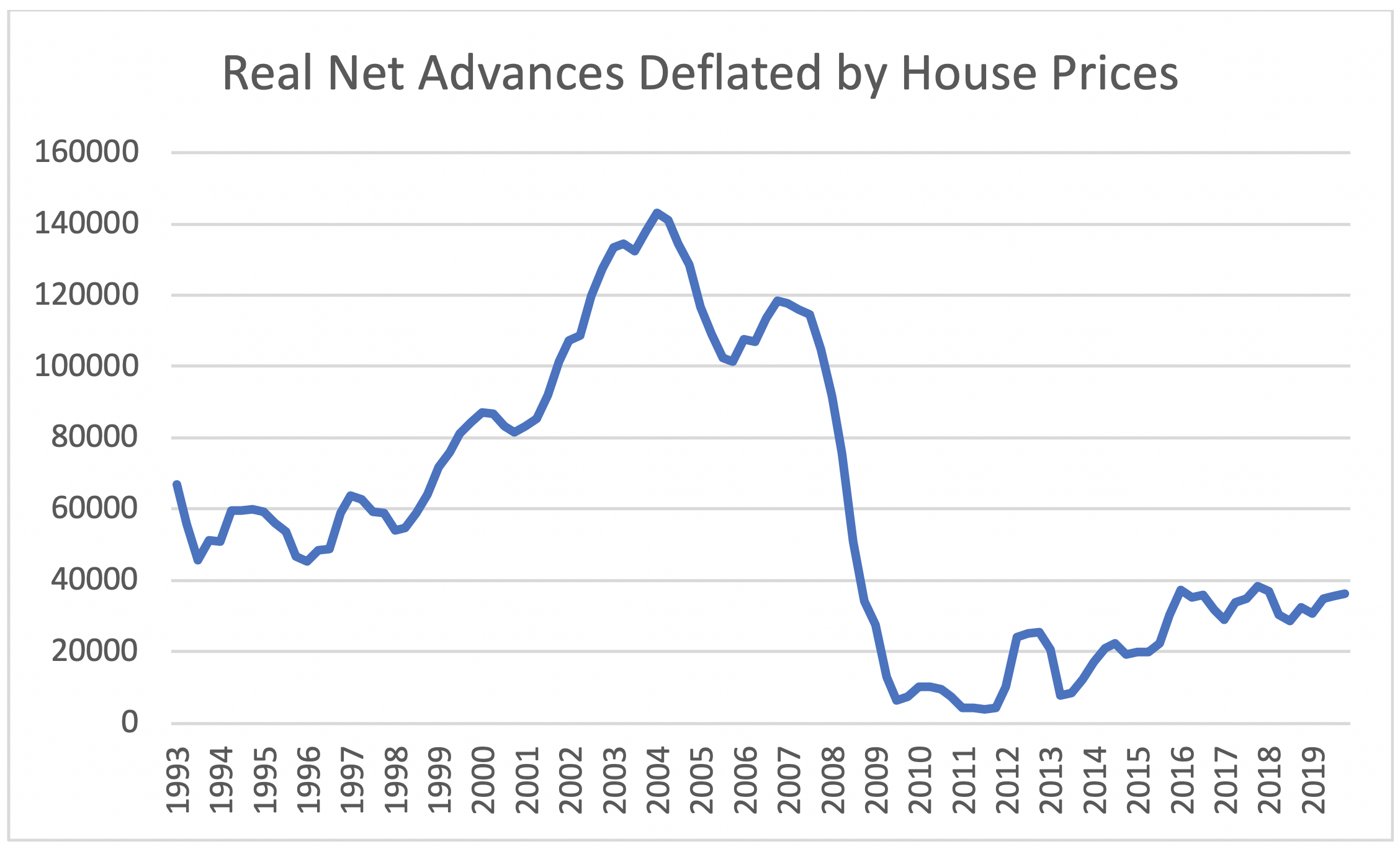 Sources: Bank of England and Office for National Statistics

Immediately before the GFC, around a quarter of advances for house purchase by value[3]  went to first-time buyers and, in fact, this has risen in recent years to approximately a third. However, according to UK Finance, the loan to value ratio for first-time buyers at the end of 2019 was 77%, suggesting that most aspiring new purchasers would still require a substantial deposit, beyond the means of many without family support.

The government’s Help to Buy Equity Loan scheme is aimed at mitigating the deposit constraint. Furthermore, this scheme and shared ownership are forms of equity sharing and, therefore, limit the rise in household indebtedness. By the end of 2019, 214,000 Help to Buy Equity loans to first-time buyers had been completed in England since its introduction in 2013. Nevertheless, the scheme is of most benefit to those already close to the margins of home-ownership and, arguably, the scheme primarily brings forward the timing of ownership, rather than permanently raising the level.

Macroeconomic instability has disproportionate effects on new buyers, notably through the possibility of increased mortgage default rates, and, therefore, any significant expansion in lending to first-time buyers runs the risk that an induced rise in home-ownership is unsustainable. Rather, aspiring first-time buyers would benefit more (and current owners less) from lower rates of house price inflation. Suggestions to improve this situation are discussed in our recent blog, On Simple Solutions to Complex Problems. In our next blog, we turn to welfare aspects of housing.

[2] Outcomes with deposits in the range 5 per cent to 20 per cent are discussed in our book.