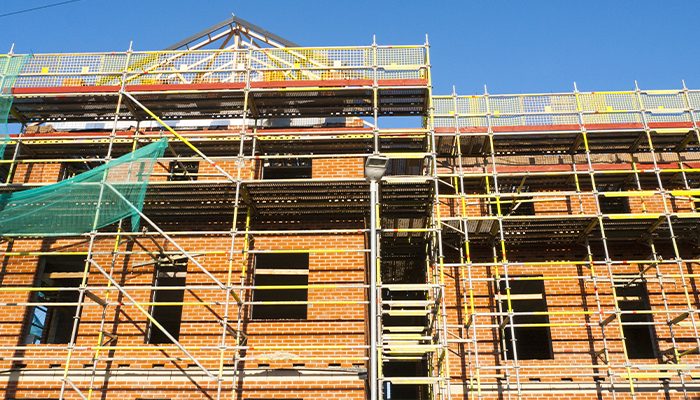 The Scottish Federation of Housing Associations (SFHA), Shelter Scotland, and the Chartered Institute of Housing (CIH) Scotland recently published a report which called for the Scottish Government to commit to delivering 53,000 affordable homes. In this blog, Dr Philip O’Brien (University of Glasgow) and Dr Richard Dunning (University of Liverpool), who contributed to this research, reflect on the findings.

Much recent discussion on housing in Scotland, as in the rest of Britain, has focused on unmet demand for new homes, while a great deal of the debate in the background to Scotland’s new Planning Bill has been about how planning can be reformed to free up more land for building. In the background to this emphasis on housing demand and the response of housebuilders and local planning authorities in meeting it is the question of housing need. Scotland’s population and household formation rate is increasing, as are house prices and market rents. Inevitably, as price pressures grow in the housing market, those with the least means are pushed into socially rented housing. Of course, indicators of demand and need are not in conflict. Scotland requires more new housing on the whole, but there is a significant proportion of the Scottish population whose housing needs are not, and cannot be, met through the market. This requirement is closely aligned to wider goals for Scotland, which aim to reduce inequality and support communities that are inclusive, empowered, resilient and safe, while there are also considerable economic and sustainability benefits to building new social housing at scale.

Our team, drawing expertise from the universities of Liverpool, Sheffield Hallam, Cardiff, Sheffield and Glasgow, were commissioned by the Scottish Federation of Housing Associations (SFHA), Shelter Scotland and the Chartered Institute of Housing (CIH) Scotland to investigate how much new housing will be required between 2021 and 2026 for those whose housing needs are not met by the market. We reviewed Scottish housing policy, examined local authority level Housing Need and Demand Assessments (HNDAs), interviewed key stakeholders, and assessed housing demand and need across Scotland. To do this we refined and applied a stock-flow model of housing need that subtracts the current supply of affordable homes from the current and newly arising need for affordable homes to give a requirement for affordable homes to be delivered over the stated period.

Our estimated requirement of 10,600 new homes (within a minimum of 7,300 and a maximum of 11,900, depending on the assumptions used in the model) reflects a landscape in which population and demographic change have increased the number of Scottish households, but where house prices (and the size of associated deposits) and market rents have increased rapidly, pushing many into less costly alternatives. For some, this means inappropriate housing, as in the case of older age groups, while for others it may mean no housing at all. In fact, more formal homelessness assessments were conducted over 2017-2018 for those living in the private rented sector than for those residing in any other tenure type, illustrating the perfect storm of expense and insecurity that threatens many in Scotland today.

Addressing the shortfall of affordable housing will not come cheap, with our estimate being £3.4bn over the period addressed by the report. The good news is that the Scottish Government in 2015 launched a plan to deliver 50,000 new affordable homes (of which 35,000 were for social rent) by 2021 and has committed to funding this through a variety of avenues, including substantial local authority subsidies and place-specific rural and island funds. Targets for new homes and for subsidies appear to be within reach, as is most evident in the marked increase in council house building since 2015. The bad news is that the Covid-19 pandemic has rendered Scotland’s housing need and its ability to deliver new homes at risk. The effects of the pandemic are likely to fall on those parts of the housing sector that are least stable. The private rented sector, in particular, is ill-equipped to cope with crisis conditions, being characterised by tremendous variety among landlords and tenants alike and poorly suited to a coordinated response. This challenge renders the necessity of meeting Scotland’s housing need all the greater, while the associated requirement for Scotland’s economy to bounce back from what may be the greatest peacetime recession for a century means that the economic benefits of investing in housing cannot be ignored.