Need more space? Exploring the realities of living in a small home 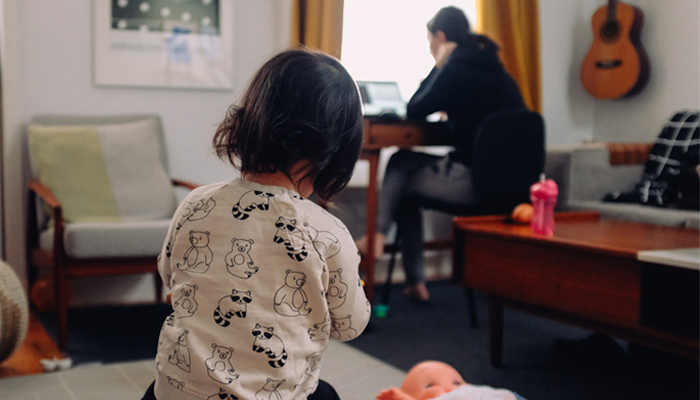 Dr Jenny Preece introduces a new CaCHE research project which will consider why homes are so small in the UK and explore experiences of those who live in these kinds of properties.

Space standards were introduced in England in the late 19th century, stemming from public health concerns around overcrowding and disease. Nearly 150 years later, we are in the grip of a global public health emergency, and our housing conditions are once again centre stage. As previous blogs have already highlighted, the crisis created by Coronavirus exacerbates existing inequalities in our housing system and affects our experience of home. Although just one factor, the amount of dwelling space that we have impacts on how we feel about the homes we live in – and in a period when we are all spending more time at home, this is likely to be magnified. It may even change what we think is important when we look for a home. Whilst some households flee urban areas for second homes in the countryside, others face new pressures as dwelling space has to be utilised for more activities, and by more household members.

As a research team, our interest in house size pre-dated the pandemic, as it is a dimension of home that speaks to a wide range of contemporary housing issues. In particular, we are interested in exploring the trade-offs that households make in their decisions about where they live. For example, some commentators have argued that micro-homes expand choices in high-cost markets, enabling individuals to live close to work and amenities, and for land to be used more efficiently by developing a larger number of homes. However, a more critical view locates micro-apartments as an outcome of pressured urban housing markets, which exploit the crisis in our housing system in order to extract maximum profit from the smallest living spaces. There is also growing concern over the quality of some of the housing being produced, particularly through office to residential conversions under permitted development rights in England.

Whilst there have been numerous media reports on the growth of new micro-apartments, tiny houses, and office to residential developments, it is important to remember that around 80% of the buildings that will be occupied in 2050 have already built. This means that as well as some of these newer forms of housing, we must not ignore more ‘traditional’ housing stock. Our research will also consider dwellings such as terraced houses, which are some of the most common small dwelling spaces. In our home of Sheffield, which contains many areas dominated by pre- and inter-war terraced housing, some analyses have awarded the city the title of having the smallest homes in the UK. In many areas, these properties are also sub-divided for flats or are utilised by multiple occupants in flatshares.

We recognise that the notion of a ‘small home’ is related not just to the absolute dwelling space per occupant, but also to how a home is used, by whom, and for what activities. This is not static, but varies according to our life stage and household circumstances. We will be revisiting the notion of utility, which was fundamental to the development of space standards and remains central to Scottish planning policy. This is yet another example of diverging housing policy across the UK, and we will be working across England and Scotland as part of our research.

Finally, whilst the first phase of our research will be focused on understanding resident experiences of different kinds of small homes, in the autumn we will also seek the views of a range of stakeholders to understand the policy, regulatory, and enforcement frameworks around housing size in England and Scotland. In short, we want to understand how we got to where we are, building some of the smallest houses in Europe by floor area, and where we go from here. As Julia Parks notes in her history of space standards, “there is no doubt that we need to build many more homes but it is a mistake to believe that focussing on numbers at the expense of space and quality, serves anyone well. This approach rarely works in the beginning, and it never works in the end”.

We look forward to speaking to residents and stakeholders in the coming weeks and months, to explore life before – and during – the lockdown, setting this in the larger context of work around space standards, (de)regulation, housing aspirations, and the experience of home.

Dr Jenny Preece is a Research Associate at the UK Collaborative Centre for Housing Evidence.

Photo by Charles Deluvio on Unsplash