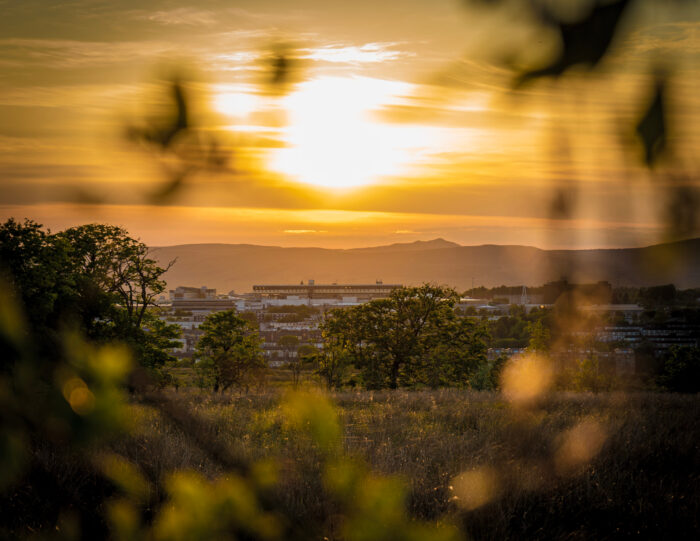 This is one in a series of blogs written by members of the Housing & Place Delivery Forum (HPDF) – a CaCHE-led knowledge exchange initiative, which brings practitioners and industry experts together around a common goal: delivering more, high quality homes and creating places that work for everyone in Scotland. The blog builds on some of the key recommendations from our recent co-produced report, Delivering More Homes and Better Places: lessons from policy and practice in Scotland.

New Towns were an early example of Public Interest Led Development (PILD), set up in the immediate post-war years when the shortage of housing was most acute. Their example is often forgotten nowadays, but it is interesting to look at them to see what we can learn.

The New Towns were set up under the Local Government (Scotland) Act 1947, which gave the New Town Development Corporations (NTDCs) wide powers, including those of compulsory purchase, and substantial funding. The NTDCs employed their own teams of in-house architects, planners, surveyors, and engineers.

The five Scottish New Towns were set up between 1948 and 1966. The NTDCs were able to borrow money from the Treasury, at the same interest rate as the Public Works Loan Board, and paid it back over a long time. The final payment was made in 1999. The NTDCs used that money to buy land; develop infrastructure; build public sector houses, schools and all of the social facilities needed for residents to enjoy a full life; develop industrial and business areas; and much more. These development corporations gained substantial economic and development expertise, acting as a focus for inward investment to provide businesses and jobs in the New Towns. At its peak, the build out rate was in excess of 1,200 houses per annum – less than the 2,500 houses per annum which were produced at Milton Keynes, but very comfortably ahead of any private or public sector development which has happened in Scotland in the last thirty years or more.

The NTDCs acquired land (at low cost but not necessarily at existing use value) and worked in partnership with private sector housebuilders. The development corporation provided the necessary infrastructure and sold the land to the housebuilder at full development value thus recovering their costs. Any surplus, after all loans were repaid, went back to the Treasury, and land sale receipts generated a substantial additional income. The New Towns thus provide an example of successful PILD, using, in part, partnerships with the private sector, to build successful communities.

Since their construction, the popularity of New Towns has waxed and waned, but there is currently a renewed interest in their achievements. Like many large-scale developments of the post-war era, New Towns have suffered from a lack of investment, which is needed to meet the changing requirements of the 21st century. For many New Towns, this lack of investment still needs to be addressed. There are issues of governance, of course. The New Towns were developed by their development corporations, and there was a singular lack of local democratic input. Neither the local community nor elected representatives from nearby communities were consulted by the NTDCs. This approach increased the speed of delivery but would not be acceptable today.

It is interesting too to look at successors to the New Town model. Erskine New Community was begun in 1970, and bears great similarities to the New Towns, but with one fundamental difference: it was developed in a partnership between Renfrewshire Council and a government body, the Scottish Special Housing Association (SSHA). Like the New Towns, SSHA employed a large team of architects, engineers and surveyors, and was responsible for the master planning and development of many post-war developments, constructing over 100,000 units up to the early 1980s, before funding dried up. SSHA’s housing stock transferred to housing associations, and many of its staff were transferred into Scottish Homes, as part of the Scottish Office as it then was, but the development role was lost.

All the public sector housing in Erskine New Community, which was intended to be around 50% of the total, was constructed by the SSHA. Land was acquired by the Council, using its compulsory purchase powers, infrastructure created, and land for industry, leisure and retail serviced and sold by Renfrewshire Council to the private sector, for private housing and commercial development. The Council developed the schools and social facilities, much as the NTDCs did.

This is a useful example of a successful PILD happening as a partnership between a local authority and a government body, without the need for the special legislation developed for the New Towns. It demonstrates that such developments can happen under the current legislation if there is a will to do it.

These are models which have developed in Scotland. Models in continental European countries developed differently. These have been considered by two papers commissioned by Scottish Land Commission: the first by Tony Crook, and the second, more recent paper by Madhu Satsangi et al. Both point to the crucial role of an active land policy whereby municipalities in Germany, the Netherlands and Switzerland, for example, are proactive in acquiring and/or assembling development land, servicing it, and selling it on to housebuilders at full development value.

There is therefore a very strong element of PILD as a means of housing and place delivery in these European examples. This can be contrasted with the position in Scotland, and indeed the UK as a whole, where the UK speculative private development model alone has not been able increase the supply of new housing to meet need and demand or make homes more affordable.

Essentially, our current housing delivery model does not deliver enough new homes, of the right type or in the right places, to meet need and demand. It is against this background that Steven Tolson and I developed a PILD delivery model for Scotland, in which a public sector body acting as “prime mover” would:

Similar recommendations have been made by RICS (Building a Better Scotland, 2014) and the Land Reform Review Group, which use the terms ‘Housing Land Delivery Agency’ and ‘Housing Land Corporation’, respectively, to describe such a body.  It is also worth noting that the Scottish National Investment Bank, as part of its remit, can lend for housing and infrastructure.

Rather than continuing to persevere with current policies which have proven unsuccessful in delivering more homes and better places for Scotland, now is the time to begin to do things differently. As our own past shows, we do not need to reinvent the wheel.