Nothing to be proud of: UK’s approach to LGBTQ+ asylum accommodation 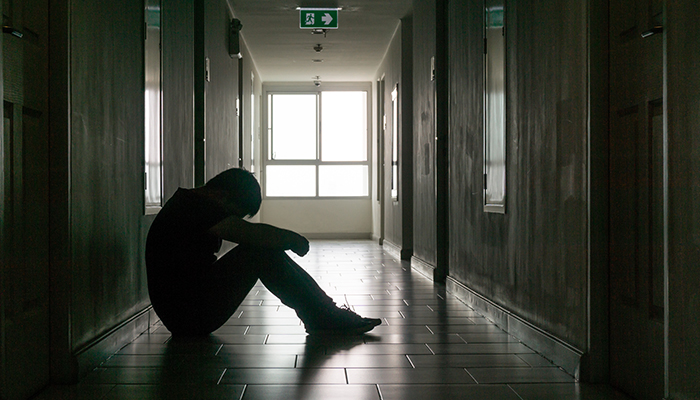 LGBTQI+ asylum claimants need safety, security, and privacy. Many have fled situations of homophobia, transphobia or other forms of sexual orientation and gender identity (SOGI)-based persecution. Unfortunately, the repetition of these experiences is replicated in asylum accommodation in the UK, which is often not sensitive to the needs of LGBTQI+ identified asylum claimants.

Abuse and harassment in asylum accommodation

The social consequences of un-safe accommodation

During our research, many of our interlocutors spoke of deliberately hiding their sexual orientation in asylum accommodation due to a fear they would be victims of harassment and violence if it was discovered. “I just feel that if they knew-, I was just scared, because some of them are very, very violent”. This fear was experienced in hotels, in dispersal accommodation and even in safe houses for survivors of trafficking. Interlocutors reported concerns about attending LGBTQI+ venues and organisations in case they were seen by the people they were living with, meaning they may miss out on specialised support or opportunities to interact with other LGBTQI+ people.  Claire also spoke with asylum claimants who felt it was impossible to form romantic relationships or attachments due to a lack of privacy.

Home Office policies mean asylum claimants can be moved to new housing at a moment’s notice, often to parts of the country that are far away from the places they have previously been residing, often for over a year. For one asylum claimant who spoke with Aydan, this meant losing touch with the support network she had built up around her in her previous place of residence. Being relocated also prevents sustained and continuous specialist support being made available to LGBTQI+ asylum claimants throughout their asylum journey.

These factors not only place LGBTQI asylum claimants in unsafe situations. It also makes it more difficult to present the sorts of compelling evidence required by the Home Office to ‘prove’ that refugees are LGBTQI+.[1] Feeling unsafe in accommodation means it is difficult to participate in LGBTQI+ life, engage with LGBTQI+ support groups, or build meaningful relationships. This may mean asylum claimants are ‘disbelieved’ and have their claim rejected.

Claire spoke to one person about their time living in barracks. They had fled their country of origin due the torture they had faced at the hands of members of their community. On arriving in the UK, they were placed in barracks and were in a state of acute fear and mental distress due to the fact they were housed with people from their country of origin and the fact that their sexual orientation would be discovered. Should LGBTQI+ asylum claimants be uniformly housed in such large-scale and/or offshore accommodation centres, they will likely face heightened discrimination and insecurity.

The existing use of barracks by the Home Office have raised serious human rights concerns around filthy and decrepit conditions.[2] Evidence suggests that large-scale models of asylum accommodation result in greater harm for inhabitants, including a failure to provide for health needs and safeguarding issues, as well as a lack of clarity over who is responsible for meeting needs and maintaining standards.[3] Third sector organisations have also raised concerns that people in barracks and off-shore accommodation would lose access to much-needed specialist support.

The UK government should make an effort to ensure that asylum accommodation suits all refugees and asylum claimants, and is sensitive to the particular needs of those with protected characteristics, including LGBTQI+ people. Transparent and clear mechanisms should be established, including escalation pathways to allow LGBTQI+ claimants to report incidents of violence and harassment. Currently, those who report face long waiting times for incidents to be resolved and often those who report incidents are relocated, rather than the perpetrator. This is especially problematic for LGBTQI+ individuals who find it more difficult to build social and specialist support networks.

[1] For a related example, see the experiences of LGBT+ asylum seekers living in UK detention centres, where the hostile conditions in which they are accommodated undermine their ability to live openly as LGBT+ people, in turn making it more difficult to produce evidence about their sexual orientation and gender identity: No Safe Refuge for LGBT Asylum Seekers