On simple solutions to complex problems 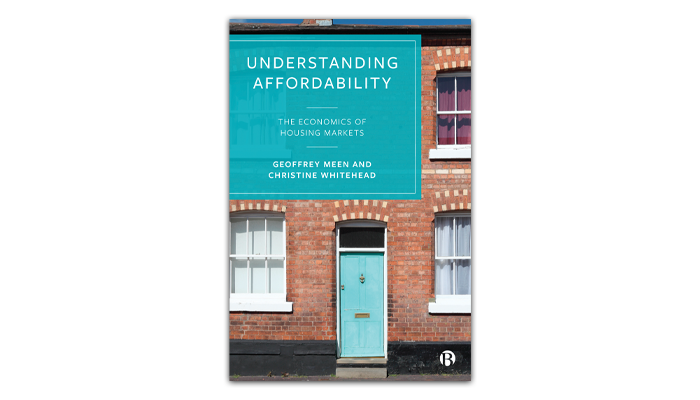 This is the first of a series of blogs by Professor Geoff Meen and Professor Christine Whitehead ahead of the publication of their new book, Understanding Affordability: The Economics of Housing Markets, which is due to be released on 8 July 2020.

Housing affordability remains one of the most important economic and social problems of today and COVID-19 has further highlighted the dangers of housing inequality and overcrowding. Despite the fact that the majority of households are well-housed, some groups – notably those on lower incomes and younger cohorts – continue to experience hardship. Our failure to address the problems for these groups is what makes housing so frustrating. Understanding these failures is the aim of our new book.

Simple rules-of-thumb are appealing for policy, including housing. One view is that, if we could just increase the number of new homes, all will be well. Others have suggested that the UK’s affordability problems are due to falling yields on financial assets and speculation in housing, aided by a tax system that favours housing demand. There is merit in these views but an over-concentration on one direction leads to sub-optimal outcomes. Britain’s housing problems are multi-faceted.

One reason why there are no simple solutions is because housing outcomes are influenced not only by direct housing policies but also arise as a by-product of macro policy and other wider advances in society, notably medical and technical. There has certainly never been a golden age in housing for all, but, for the majority of households, housing conditions have improved considerably in the long run. In the immediate aftermath of the Second World War, 64% of households were without piped hot water to a bath, sink and hand basin. Now we no longer bother to measure shortages of this type. More widely, general economic growth has increased the demand for better quality housing and the capacity to provide it.

Despite the long-run improvements, housing continues to be plagued by short-term volatility and this is evident in the commonly-used metric of affordability – the house price to income ratio, shown in the graph below[1]. In fact, changes over time need to be explained by a number of key factors: 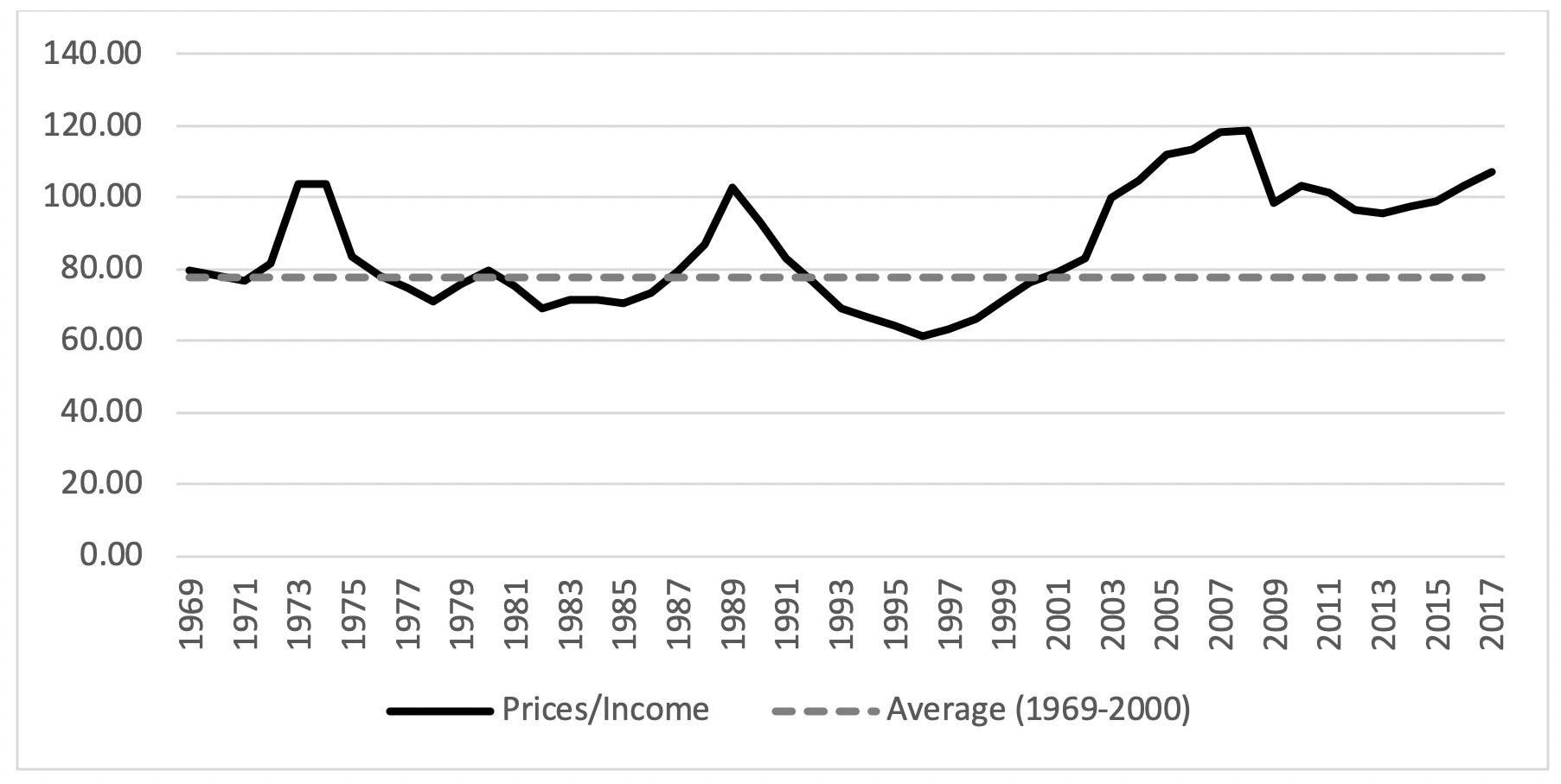 The relative importance of each of these influences can be combined into a single indicator using appropriate weights. The point, however, is that no single influence dominates, but a combination of factors has been at work and this is why solving housing problems is complex. Our understanding of how housing markets work has improved considerably: we understand better the causes of worsening affordability and to some extent the quantitative impact of different policies. Furthermore, there is a degree of agreement among housing economists on a range of required policy reforms, although the emphasis may differ, and all are implicit in the three bullet points above. Broadly, these include: reform of property taxation; policies for planning and land release, including the funding of social housing; regulation of the private rental sector; and financial market reforms.  But, in practice, there are still constraints on housing policy action because of conflicting policy objectives, which are political as well as economic. The origins of a property-owning democracy date back to the 1920s and this limits the scope for taxation reform. The effect of monetary policy on housing is strong, but housing is always likely to take second place to wider macro objectives.

In summary, housing conditions have improved in the long run for the majority, although benefiting from wider developments than just housing policy. A more sophisticated set of housing policies, of the sort discussed in our book, can help to improve conditions further. In particular,  both the demand and supply sides of housing markets have to be addressed together, compared with the concentration on supply in recent years.  In our next blog, we turn to further aspects of the impact of monetary policy on housing.

[1] In fact, despite its widespread use, our book shows that this is a deeply flawed indicator of affordability, both as a measure of changes over time and as an indicator of the conditions facing different types of households.