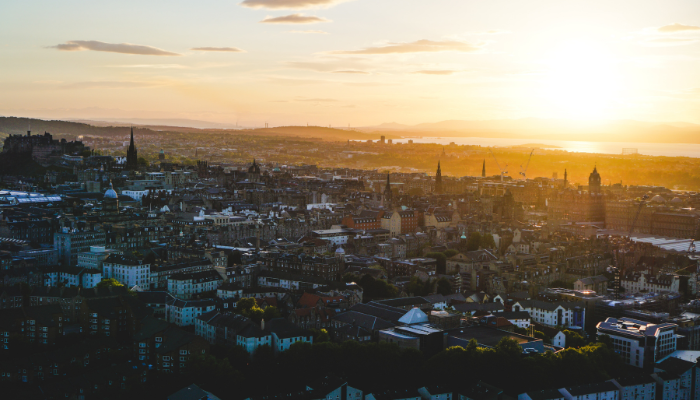 This blog is part of a series written by the Housing and Place Delivery Forum members reflecting on Scotland’s revised and soon-to-be-adopted fourth National Planning Framework (NPF4).

Here, Steven Tolson (Chair of the HPDF and former Chairman of RICS Scotland) argues that planners will be judged on the outcomes they deliver and that real change will require a mindset shift.

Scottish Government’s Programme for Government highlights the importance of achieving net zero, improving health and wellbeing, and creating a fairer and greener economy.  In response to these objectives, the now-approved fourth National Planning Framework (NPF4) forms the policy and spatial framework for having sustainable, liveable and productive places.

Kate Forbes MSP, Cabinet Secretary, stated in her Foreword to the National Strategy for Economic Transformation in February 2020 that “we will be judged on the outcomes we deliver, not the strategy we write.  Words and intentions matter, but only actions deliver change.”  Ms Forbes is right, which begs the question of how can the NPF4 words be delivered?

Fundamentally NPF4 is about promoting and shaping housing and place development.  During NPF4 discussions, many planning stakeholders understandably argued for more resources.   This means more than employing additional planners.  It is about critically assessing the right resources and getting the right people to do the right things to optimise impact and benefit.  This should include a greater commitment to empowering communities in planning their places, engaging with wider built environment professionals and partnering with investors.  All these stakeholders have different skills and experiences that can contribute towards the policy objectives.=

Real change can only come from a shift in mindset

Climate change has been with us for over a hundred years but real focus has been painfully slow. Much of the focus on addressing climate change has been through the promotion of technology which is more legible and easier for politicians to manage.  However, it is increasingly recognised that the real key to change lies in society’s behaviour, habits and customs.  Change needs to be a ‘mindset shift’ rather than expecting technology to fix the problem.

NPF4 sets a radical challenge for all those engaged in the Scottish planning system by demanding that we do things significantly differently.  It is effectively a social mandate for all of us – living closer together, being more connected and moving around by ‘active’ transportation.  However, societal behaviour is incremental, with change needing to be clear, simple and established by persuasion.  This means ‘nudging’ our habits and customs to fit with the way we should live in the future.

Change will not work if we adopt the traditional approach of preparing plans in the hope that somebody might read them and be sufficiently motivated to work with ambition rather than finding ways of avoiding the policy intention.  Change has to be signalled, taken up by peer groups and ultimately owned by everyone.  Some two-thirds of all emissions come from our homes therefore, this is a collective challenge that involves everyone.

A 2021 survey by the Office for National Statistics highlighted that some three quarters of the UK population were worried about climate change with 81% of people looking to make a change.  Behavioural scientists suggest that we only need to get 25% of the population to buy into change for them to influence everybody else.   Therefore, how do we get a quarter of Scottish people to be our ambassadors?

A starting point would be for our politicians and planners to understand the principles of applying the ‘nudge’ theory where people are presented with choices rather than being told to do things – ‘budge’ theory – which generally fails to work.

Change must be framed as a positive move, meaning climate empowerment is enacted at the street level rather than in the corridors of power.  People fear the climate emergency but bringing change through employing restrictions and generally worrying people is unlikely to bring a fruitful outcome.

We need positive encouragement from planners and politicians.  This means planning should return to its original function of acting as the delivery agent for such national priorities.  This requires political leadership and investment to achieve an inclusive mindset shift that involves its citizens.  We are running out of time, but change will not happen overnight.  The first thing is to do the easy things and allow people to recognise why change is needed.  Citizen involvement is crucial as behaviour will not change until such cultural practice is normalised.

On 24 April 2023, CaCHE, in association with the Housing and Place Delivery Forum, is hosting a conference entitled Delivering NPF4: What will it take? Register your place here.