Planning for the future: challenges of introducing a new Infrastructure Levy need to be addressed 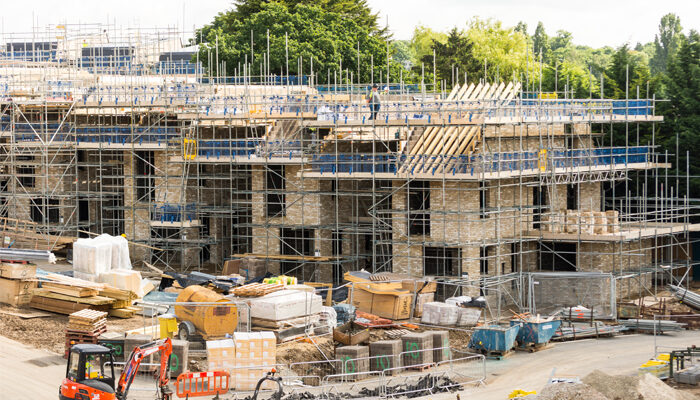 In this blog Prof Tony Crook, Prof John Henneberry and Prof Christine Whitehead share their initial reactions to the government’s proposed reform to the planning system in England and warn that the new system could potentially turn out to be as complex as the current one and risk delaying urgently needed new homes.

The government is proposing a fundamental reform in England to a system that has evolved step-by-step over many decades and which has managed to raise significant funds for infrastructure and affordable housing – £7bn agreed with local planning authorities via S106 and CIL in 2018-19.

This note sets out some of our initial impressions. The consultation is now underway and many of the obvious concerns may well be addressed in the final design of the proposed new system. We hope so because the one thing we do not want is a reform which slows development and takes years to settle in as was the case when fundamental changes were made to the current system in 1990 (S106) and 2007 (CIL).

The government’s core objectives, that are easy to support, are to reduce complexity by moving from a discretionary to a rules-based system and to ensure local community agreement. The most important mechanisms by which these are to be achieved include:

The policy paper/consultation document concentrates on the vision of what the new planning system framework will look like and what it can be expected to deliver – but almost inherently provides limited detail on exactly how that vision will be fulfilled and how the transition is to be managed.

A second consultation paper, which has had relatively little coverage, answers some of these questions. It sets out how housing numbers at the local level will be determined centrally; how the First Homes policy, which is to be prioritised in the delivery of affordable homes, will be introduced; how S106 affordable housing requirements will be reduced on sites up to 50 units, and extends the Permission in Principle regime to larger sites. New Permitted Development Rights also came into force on August 1st and a new conflated Use Order is in train. Some of these powers can be further extended through statutory instruments.

Instead of further developing the existing system (as modified), the government wants to move from the current approach to developer contributions, whereby developers are expected to contribute to the costs of infrastructure related to their developments (so as to make the development acceptable in planning terms) and to the provision of new affordable homes to one based on taxing the market value of the approved development directly.

The government’s preferred option is a mandatory Infrastructure Levy (IL) on the market value of all new developments with the tax rate fixed nationally (shades of Planning Gain Supplement?), but collected and used locally. Apart from a lower value threshold (below which no levy will be liable) to avoid the IL threatening development viability in weak markets, there will be limited exceptions for custom and self-build and permitted development will be liable for the levy (unlike the case with S106).

In both cases, the costs/levy charged to the developer is expected to be passed on to the landowner. Under S106 and CIL this is an indirect consequence of requiring developers to meet specific costs not an explicit tax on land value. Under the new system, we are to move to a direct tax on the value of completed development, paid by the developer at the point of occupation with the expected value of the levy determined at planning permission. This contrasts with previous tax-based attempts to capture land value (TCPA 1947; Land Commission Act, Community Land Act, 1975) that focused on taxing land development value not gross development value and were paid by landowners. The government’s expectation is that the new approach will produce more tax than the current S106/CIL system and so land values should, in principle, decline more compared with the current position.

The value of the levy on an individual site will be agreed at permission based on expected values but paid when the completed development is occupied. Planning authorities will be able to borrow against the agreed sums, presumably so that infrastructure can be paid for and completed as development proceeds. Hence new school places (for example), could be completed in good time for the new residents to move into new homes. Developers of housing sites above a threshold will be required to contribute to new affordable homes and provide them on-site (although commuted payments will be possible – as now). The costs they incur in providing affordable homes will be netted off from their final levy payment to the local planning authority.

All of this has the potential to be an improvement on the current system, cutting down on the uncertainty and drawn-out negotiations and potentially raising more money because it relates to the value of the development, not to the cost of required contributions. But no evidence is provided on the likely take.

There are going to be several challenges all of which need to be widely addressed and debated during the consultation period. Our initial list includes:

Our initial reactions suggest the proposed new system could potentially turn out to be as complex as the current S106 and CIL systems with much potential for the kind of challenges, on legal and valuation grounds, which beset the three post-war attempts to tax land development values directly. In addition, the new system will take time to introduce and bed in whilst the transitional arrangements for affordable housing and First Homes have the capacity to reduce affordable output. Meantime landowners and land promoters will be pondering on the implications of what is proposed for the value of their land and whether or not to put it on the market and bring it forward for development by seeking planning consent under the current and proposed systems. These proposals risk delaying urgently needed new homes not the least at this time of recession when homebuilders are working hard to get new homes built.