Planning for what sort of future? 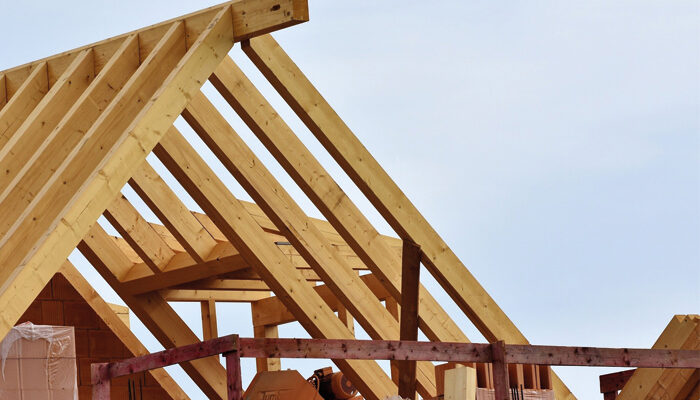 In the latest blog in our series, Dr Phil O’Brien from the University of Glasgow and Dr Sebastian Dembski from the University of Liverpool respond to the government’s proposed changes to planning reform in England, highlighting that a more nuanced and conciliatory approach that brings together public and private sectors is what’s needed.

The UK government’s Planning for the Future consultation is heralded as a ‘bold vision for end-to-end reform’ (MHCLG, 2020: 18) but has been accused of providing ‘the wrong answers to the wrong questions’ (TCPA, 2020). The common ground between these two positions is that what is proposed applies a radical zeal to the reform of the planning system.

In Planning for the Future’s diagnosis, the by now long accepted housing crisis in Britain is primarily the consequence of overly restrictive land-use planning, or of too little land being made available for development in planning terms. Land is considered by the market to be developable where there is sufficient demand for housing as to generate gross development value that exceeds costs, including land acquisition and planning obligations, by a sufficient profit margin as to account for risk. Land is considered to be developable in planning terms where its location is congruent with planning goals such as the achievement of sustainable transport patterns and the preservation of open space. Accordingly, there is clear scope for conflict between planning and the market. But planning is also supportive of the market, diminishing the scope for negative externalities from neighbouring uses and reducing transaction costs by generating market information.

The logic presented by Planning for the Future is clearly limited in respect to the economic benefits of planning, but it is also limited in its conception of risk in the development process and of the incentives that shape housebuilder behaviour. Residential development is long in duration and fraught with uncertainty. While the proposed reforms are predicated on the need to reduce uncertainties associated with planning, they appear to regard uncertainties related to land and housing markets as either uncontrollable or negligible. That risk related to land and housing markets has more than a negligible effect on housing delivery is demonstrated by housebuilders’ reluctance to rapidly build new homes in what are highly localised housing markets where a significant increase in supply will act to lower values. Indeed, the increasing reliance on larger sites in the south of England over the past few years has been hampered by the difficulties of controlling the market absorption rate on larger sites (Chamberlain Walker Economics, 2017). The capacity of housebuilders to supply new homes at the necessary scale is further impeded by their inability to take on the substantial upfront costs required to supply infrastructure and resolve site issues for larger schemes. Government has effectively accepted that such risks are controllable through urban planning by giving Homes England licence to assemble and masterplan sites before delivering infrastructure and selling plots to developers with outline planning permission attached, thereby reducing land and housing market risk to the point at which housebuilders will step in (see Homes England, 2018). Planning is therefore not the only source of risk to developers and in fact in its market stimulus role, as exercised by Homes England, actively reduces land and housing market risk.

Moreover, the spatial pattern of new housing must be coordinated with transport infrastructure and existing services, as development situated away from these must either be inefficiently connected to them post hoc or is reliant upon an inefficient adaptation of existing infrastructure. In practice, this means a dependency on cars, generating additional costs not born by the developer or the home buyer but by society at large, in the form of congested roads and poor health. ‘Building greener’ cannot mean building urban sprawl but uncoordinated development will mean precisely that.

Is there a way of building sufficient new homes that would not incur the costs of sprawl and that would use design to raise place standards rather than as an exercise in imposing minimum standards? Recent work by the University of Glasgow and the University of Liverpool commissioned by the Scottish Land Commission on ‘Housing land allocation, assembly and deliver: Lessons from Europe’ has highlighted the importance of public sector leadership in reducing risks for developers. Most European planning systems are characterised by a two-tier system with a more strategic plan covering the whole territory of a local authority and a detailed plan providing planning permission. Given the powerful position of local authorities in which they have total discretion to decide whether to provide such a detailed plan or not, plans are usually negotiated with developers and take into consideration wider public benefits of a development. Risk for developers is further reduced by public land assembly, including land readjustment.

Planning for the Future (MHCLG, 2020: 26) cites the Netherlands and Germany as having planning systems that give certainty to housebuidlers by making development ‘permitted in principle up-front’, but neglects to mention the fact that most of these plans have been carefully negotiated with developers in the first place and that this was only possible because of the powerful position of local authorities in the planning process in these countries. All of this points to the fact that removing planning as but one of many supply constraints will not solve the housing crisis. Rather, a more nuanced and conciliatory approach that draws public and private actors together to channel land values into public goods and lowers risk for private developers, who can be left to deliver new homes, is required.