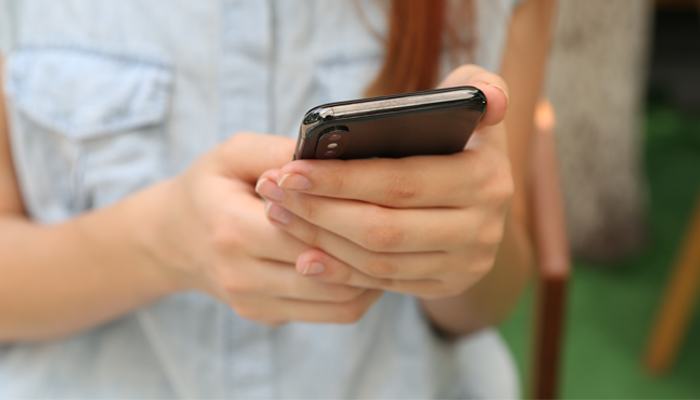 This blog by Professor Alex Marsh is based upon an extract from the presentation ‘Spotlight on the private rented sector’, given to the Wales Housing Research Conference, 9 January 2020. This post follows the recent CaCHE blog series on ‘housing-tech’.

The arrival of platform capitalism is already having a discernible impact on the private rented sector. The rise of short-term letting via Airbnb and similar sites are disrupting neighbourhoods in tourist-friendly cities and triggering processes of neighbourhood change. The task of analysing these transformations is well underway – although there is plenty more to be done to understand their full ramifications. We are also seeing a range of regulatory responses from municipalities around the world trying to tame the destabilising influence of the churn induced by short-term letting.

While the capacity of short-term letting to effect substantial change in the private rented sector is already evident, it by no means exhausts the impact of technology on the sector. We can identify a range of nascent technology-based developments – many captured by reference to the ‘proptech’ industry – that are starting to impact locally or marginally. Some are already gained traction in markets outside the UK. These developments have the potential to drive a much more profound reconfiguration of the sector over the coming years.

There are stakeholders with an interest in focusing upon the potential benefits of embracing such technologies. But we have a responsibility to think more broadly and more carefully about likely impacts and to investigate potential negative consequences as, for example, potent mechanisms of exclusion. We need to avoid the fallacies of technological determinism. As James recently noted in his discussion of the housing system more broadly, we need to recognise that the consequences of technological innovation can be good, bad or both. And we need to engage with the question of preferred futures.

Academic researchers are already beginning to attend to many of these urgent issues. We can think of technological change potentially affecting four groups in the private rented sector: market intermediaries; regulators; landlords; and tenants.

Market intermediaries such as letting and managing agents are embracing technology in ways that transform many aspects of their business. The most well-established is the use of web-based advertising of vacancies. As different segments of the market move online at different rates the visibility of vacancies in different submarkets and neighbourhoods changes. Recent work in the US has highlighted the ways in which this both denies and presents opportunities in potentially complex ways. Such online letting systems are ripe for the application on AI-driven recommender systems (“people who viewed this property were also interested in …”) which have the potential to eradicate serendipity, narrow options and compound spatial sorting and segregation unless they are handled very carefully. At the same time, as Dr Thomas Wainwright and Dr Alison Wallace noted in their recent blogs, such AI-driven systems can be applied to the evaluation, classification and exclusion of prospective tenants on the basis of their characteristics and credit histories.

Platform-based decision systems are already being used by market intermediaries such as the tenancy deposit services to deliver dispute resolution services. The direction of travel is not only towards greater use of alternative dispute resolution mechanisms, with formal court proceedings as a last resort but also towards moving as much dispute resolution activity as possible online. CaCHE will be publishing a report addressing these topics in the near future.

We know relatively little about the way in which regulators – local authorities and Trading Standards Offices – are using data-driven approaches to guide their enforcement activities against poor standards of property, marketing or management. It must be an enticing prospect for those who see value in grounding their risk-based regulatory strategies in big data. Yet, we already know from research on data-driven regulation in policy sectors such as health and social care that there are significant challenges of measurement, synthesis and interpretation to be overcome before sophisticated data-driven approaches deliver meaningful improvements in targeting enforcement resources. This is an area in which the old maxim “garbage in, garbage out” applies fully.

Experience in other policy sectors means we already have a reasonable idea what some of the big bear traps look like and where they are laid. Can they be avoided by effective policy learning? Or are we destined to have to learn anew as we climb out of each one?

Landlords can also capitalise directly upon the technologies being deployed by intermediaries, noted above. But we might also reflect on the potential of technology to transform the structure of the sector. Our understanding of the private rented sector is a sector of small-scale providers, with the recent arrival of larger-scale operators in the Build-To-Rent sector. There are at least two channels through which technology could reshape this landscape. First, as Dr Thomas Wainwright recently suggested, if proptech is subject to the sort of network dynamics other platform technology sectors have experienced then we would expect the current ecosystem of small start-ups to consolidate into a small number of dominant market players. Second, if the traditional model of private landlordism could be characterised as extracting a surplus through self-provisioning management services and the input of sweat equity, then an emerging model – documented by Dr Desiree Fields as it is developing in the US – is that of the “automated landlord” which uses tech to streamline and automate as much of the letting, rent collection, and repairs process as possible: as a consequence, landlordism based upon large-scale dispersed asset holding becomes not only possible but profitable.

Finally, technology also has the potential to reshape the way in which tenants relate to the private rented sector in at least three ways. First, a longstanding characteristic of the sector is poor information and communication: small-scale landlordism coupled with transient tenants compounded, in many areas, by high demand means that there is a market for poor quality and the market does not discipline poor quality providers. The arrival of websites like Marks Out of Tenancy may eventually herald a substantial shift in this dynamic: they allow the market to develop a form of memory. Second, not-for-profit organisations such as JustFix.nyc are developing app-based tools that can help tenants overcome information and knowledge disadvantages in order to rebalance power between landlord and tenant. Third, a longstanding characteristic of the private rented sector has been that it is disorganized, and there are significant barriers to tenants getting organised. Technology is allowing tenants and tenant organisations to find each other, co-ordinate and build a stronger more united profile. The advent of the National Renter Manifesto, promoted by a coalition of lobby groups, is an intriguing recent example.

We know that tech has the potential to affect just about every dimension of the private rented sector. But we lack established forums in which to debate the desirability of these potential impacts and routes into regulatory conversations about the wisdom of taking appropriate steps sooner rather than later. This is an area in which a serious dose of anticipatory governance would be entirely appropriate: more rigorous scrutiny of possible and plausible futures so that we can act now to increase the likelihood that preferred futures are realized. In the process, we can try to ensure that some of the more dystopian and damaging scenarios are avoided and, ideally, precluded.

Professor Alex Marsh is a Co-Investigator and leads the ‘Governance’ theme for the UK Collaborative Centre for Housing Evidence.