Estate renewal in London: an assessment of regeneration induced displacement

Amidst talk of the social cleansing and gentrification of London, this policy briefing reviews the findings of a 33-month ESRC-funded research project which explored the impact of London council estate renewal on those residents being ‘decanted’ from their homes to allow for demolition and redevelopment.

For more information on the project, please visit the dedicated project website. 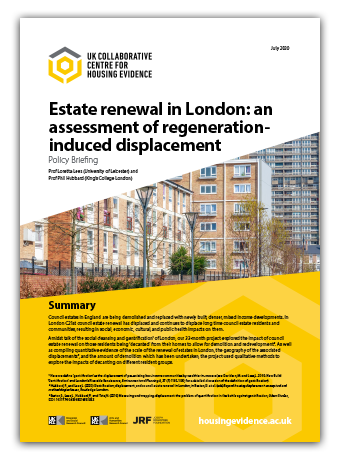