In the wake of the Grenfell disaster, tenant participation ‒ how tenants can influence a landlord’s activity ‒ has re-emerged as a key policy concern for the UK Government. Its attention has focused on the Social Rented Sector (SRS). However, with more households renting from private landlords, there have been calls for tenant participation to be extended in the Private Rented Sector (PRS), where historically, it has largely been confined to ‘bottom-up’ activism. This is the context within which the Department for Communities – part of the Northern Ireland Executive – commissioned the UK Collaborative Centre for Housing Evidence (CaCHE) to undertake a (small-scale and exploratory) study into the challenges associated with extending tenant participation in the PRS in Northern Ireland, where almost one in five households live in the sector. The study comprised: a ‘rapid’ literature review; in-depth interviews with representatives of key ‘stakeholder’ organisations; a ‘focus group’ with tenants involved in a Northern-Ireland based collective tenant participation structure; and, an interactive ‘stakeholder’ engagement event.

Key findings of the study include: 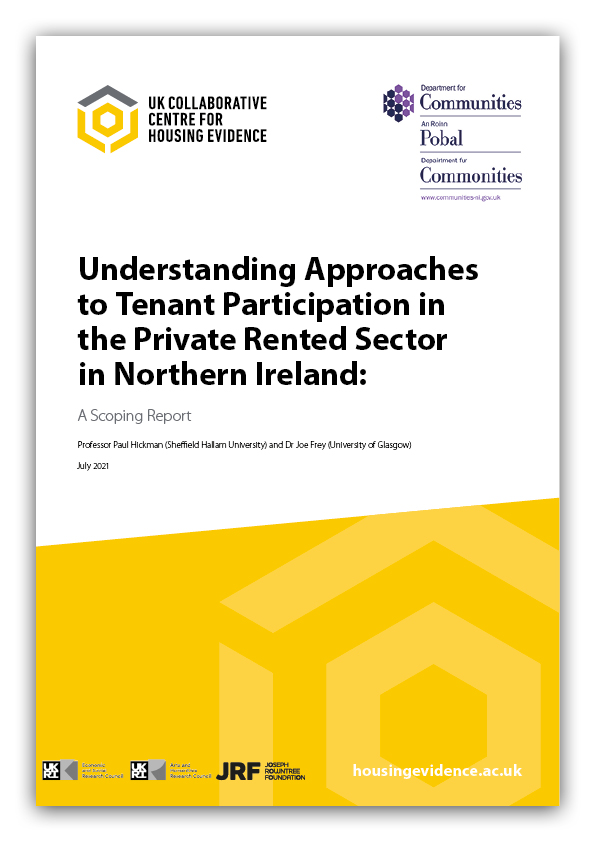