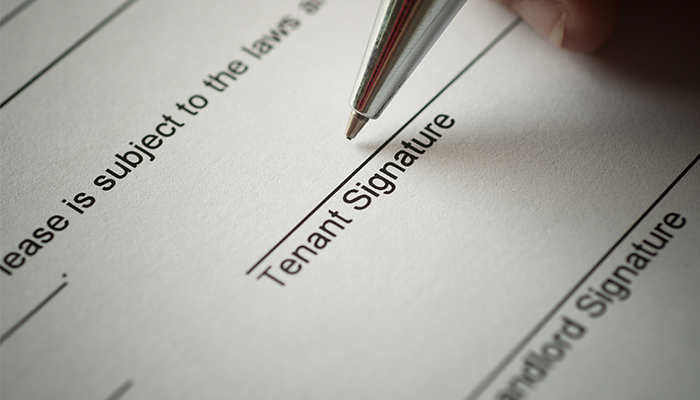 Dr Gareth James and Dr Jennifer Harris provide an overview of new research from the UK Collaborative Centre for Housing Evidence which illustrates the role and potential of alternative dispute resolution in the UK private rented sector. This is part of a wider piece of work funded by the TDS Charitable Foundation and Safe Deposits Scotland Charitable Trust.

The private rented sector (PRS) has expanded and evolved significantly over the last fifteen years. After nearly a century of decline, its resurgence places it at the heart of the housing system. This, in turn, has prompted a range of policy interventions and responses, the nature and extent of which have differed across the UK. Debate continues over how policy can most effectively respond to the challenges arising in the sector.

The UK Collaborative Centre for Housing Evidence (CaCHE) is collaborating with the TDS Charitable Foundation and the SafeDeposits Scotland Charitable Trust to undertake a broad and diverse programme of research on issues relating to developments in, and operation of, the UK PRS. The overall objective of the programme is to contribute to improving standards in the sector.

Today, we launch the first report from the research programme. The report provides a critical review of the role and potential of alternative dispute resolution (ADR) approaches in addressing landlord and tenant disputes in the PRS in England, Scotland, Wales and Northern Ireland. Here, ADR is understood as a process that allows landlords and tenants to resolve housing disputes without the use of courts or tribunals. Across the UK there are moves towards reforming dispute resolution in the PRS, as well as increased policy interest in ADR. However, very little is known about the extent to which ADR is used in this context, nor about the strengths and limitations of using ADR mechanisms. The report addresses these knowledge gaps in relation to both court-connected mediation and out-of-court processes.

Mediation is available as an alternative means of resolving some PRS disputes that are brought to courts and tribunals in England, Wales and Scotland. However, in practice mediation rarely plays a role in resolving disputes unrelated to deposits and is generally only available once a case has been filed. At this point disputing parties have already begun to craft their claims in unequivocally adversarial terms. While there are a considerable number of private mediators operating across the UK, there is a lack of public funding available for mediation services that address landlord and tenant disputes. Private mediator fees are likely to be beyond the reach of many tenants in the PRS. Evaluation findings indicate that mediation can provide a quicker and cheaper means of resolving disputes, while also addressing underlying issues and preserving a relationship. However, mediation is not without its limitations and, where inappropriately applied, can risk exacerbating power inequalities.

Outside the courts, ombuds schemes and the adjudicatory services offered by the tenancy deposit schemes are the main forms of consumer ADR operating in the UK PRS. While these schemes are often reported to cover a wide range of working practices, findings from the research indicate that these schemes are increasingly moving towards multi-tiered models, early resolution approaches, and digital processes. As the sector continues to develop and new approaches are adopted, it is essential that the evidence base for these schemes is enhanced.

In addition to providing a critical overview of the current system in the UK, the report discussed three international examples of the use of ADR in addressing housing disputes: the Civil Resolution Tribunal in British Columbia, Canada; Tenancy Services in New Zealand; and the Residential Tenancies Board in Northern Ireland. While we cannot assume that a specific model or approach will automatically be transferable or necessarily operate well within a UK context, we can identify certain key principles that could be applied in the UK to improve dispute resolution for landlords and tenants. The following lessons emerge:

With the UK private rented sector undergoing fundamental changes, it is essential that policymakers and practitioners ensure an adequate system of dispute resolution is available to landlords and tenants. Although the small number of people approaching the courts might suggest that other formal or informal options are working, evidence suggests that this is not the case. This report illustrates the need for improved dispute resolution for landlords and tenants in the PRS. It does not advocate for one particular ADR mechanism, but rather argues for a wider range of processes that can meet the needs and complexities of different types of cases.