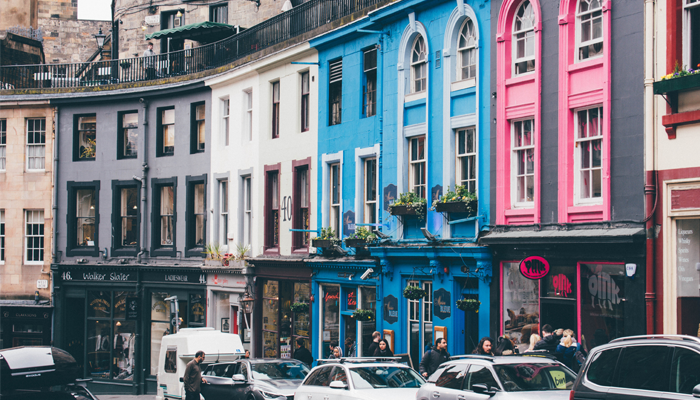 This blog by Anna Evans gives an overview of research recently undertaken by Indigo House for the Scottish Government. The post was originally published on the Indigo House blog.

The Scottish Government has published independent research undertaken by Indigo House on the impact of short-term lets on communities across Scotland.

The research assessed the positive and negative impacts of short-term lets – those advertised through platforms such as Airbnb, Booking.com, TripAdvisor, HomeAway etc. The research involved secondary data analysis, surveys, and interviews involving residents, hosts, community members, and local businesses. A total of 535 people participated in the research across five different areas where there are concentrations of short-term lets.

The key findings of the research were:

Five impacts of short-term lets on housing and communities were found. Two positive impacts related to:

On completion of the research Indigo House wrote to the Scottish Government separately on how this research could inform the regulation of this sector.

At a national level, across the whole of Scotland:

Apart from these nationwide requirements, this work has shown that short-term lets is a localised issue, and any regulatory response, we believe, should be targeted according to local circumstances. Regulations should aim to:

The research was undertaken between May and September 2019. The five area areas were Edinburgh’s City Centre ward including the world heritage site (Old Town, New Town and Tollcross), and Glasgow’s City Centre including the central business district and residential areas close to the Scottish Exhibition Centre (Merchant City, Anderston and Yorkhill). In the rural context the areas explored were the East Neuk of Fife (excluding St Andrews) as an established coastal holiday home area, Fort William with its expanding Highland tourism centred around outdoor activities, and Eilean a’ Chèo (Skye) as an established tourism area based around its landscape and island experience. The case study approach was used to draw conclusions on experiences of short-term lets across Scotland, where there were concentrations of short-term lets.

Scottish Government has also published independent analysis of the consultation on a regulation framework for short term lets.

This blog has been cross-posted from the Indigo House blog.