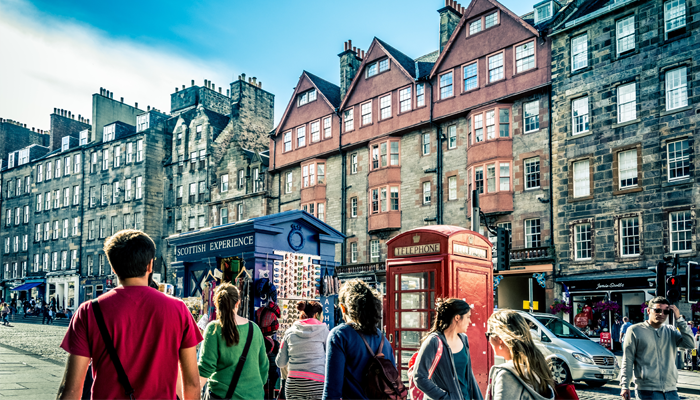 Guest author, Dr John Boyle, explores the mixed relationship that Scotland has with short-term lets, particularly in tourist hotspots such as Edinburgh, and highlights a number of factors that the Scottish Government should take account of when considering future regulations.

The short-term letting sector in Scotland is a friend and a foe, depending on your perspective. For the landlord and tourist in an Edinburgh hotspot, it is definitely a friend in terms of the choice it offers; for the neighbour in the same tenement or close, it may well be seen as the foe, particularly if there are issues of noise and antisocial behaviour to deal with. For the Scottish economy, the sector has clear economic benefits, but it also has clear social costs and consequences. The business I work in has its own short-term letting operation (focused on the Edinburgh Festival), but the short-term letting industry also clearly takes away stock from our core PRS letting business.

Dealing with short-term letting means trying to retain the benefits while limiting the costs.

The Scottish Government recognises this given the tone of its recent consultation document on the sector. It emphasises the benefits of the sector, not just in terms of tourism but also in helping to create more flexible housing and labour markets. However, it also is aware of the impacts that sector is having on the availability of housing stock, affordability and quality of life for residents.

The main problems, however, largely seem confined to the tourist hotspots, notably in and around the centre of Edinburgh, some parts of central Glasgow and the likes of Skye. Impacts elsewhere seem muted.

In Edinburgh, Airbnb listings (from the leading provider but far from the only one) have jumped from near zero ten years ago to around 12,000 last year. Edinburgh now has a higher density of such listings (240 per 10,000 residents) than places like Barcelona, Berlin, Dublin and London, all of which have introduced regulations for the sector of varying degrees of severity. Analysis by Rettie & Co has highlighted that core PRS stock listings have been falling in the city over the last 4-5 years, coinciding with the sharp rise of Airbnb. In some parts of the centre and north of the city, such listings are 20-30% down. In some parts of the City Centre, rents are now over 40% higher over the same time period, with areas with high Airbnb concentrations rising fastest.

In our view, there are a number of factors that the Scottish Government has to take account of.

Investors in the sector will need to be careful. Regulation is inevitable and short-term letting will likely no longer be as profitable or easy once legislation is introduced. Creating a more ‘level playing field’ with a much more tightly regulated core PRS may lead to some landlords moving back to core PRS.

But the government also needs to be careful – good regulation is fine and will help the short-term letting sector to thrive while countering some of its more harmful side effects. However, bad regulation will damage the tourist industry and the wider Scottish economy (there are already lessons from the likes of Berlin on this). This will be a difficult balance to achieve.