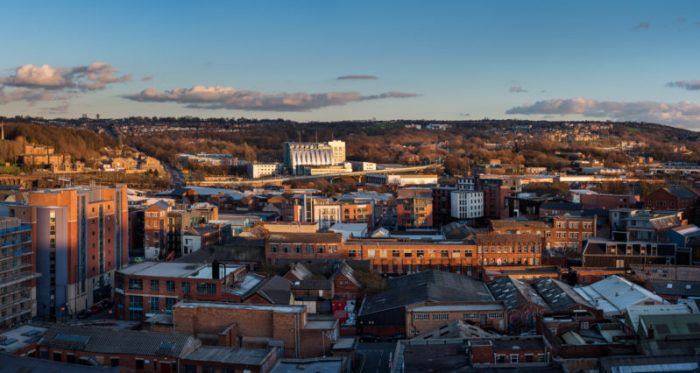 This post by CaCHE Director, Professor Ken Gibb, has been cross-posted from the Future Cities Catapult blog. It is part of a series which has bee published as part of the new Future of Housing programme.

An important longstanding complexity theory idea is what has come to be known as Ashby’s principle of requisite variety. This essentially says that confronting a complex problem or system requires an equivalent or sufficient range of responses. Trying to break the problem down into manageable components will likely fail. The failure to balance complex problems and responses has come to be known as the complexity gap.

What do we mean by systems-thinking? Systems-thinking is not a unified approach but rather a set of multidisciplinary ideas and practices that have evolved, split into sub-disciplines and often become entangled with other innovative traditions, such as design-thinking. It is both a broad orientation that operates holistically and considers the system as a whole but is also a diverse set of specific tools and techniques for thinking about how systems operate. Here, we focus on a leading way in which systems-thinking is deployed – embracing ideas of complexity but we also allude to other mental models such as systems archetypes.

Four mental models of direct interest can also be introduced. The iceberg model distinguishes between visible short run observational data, events or crises that often initiate crisis policy responses, as opposed to underlying trends and patterns beneath the surface and deep below, more fundamental structures and causal relationships. The bathtub analogy contrasts the stock of water in the bath from inflows via taps and outflows via the plug – helping us to think more explicitly about stocks and flows. Third, a number of system archetypes– or recurring models of different causal loop diagram structures have been established to chart specific societal problems of incentives and unintended consequences (among other things), such as the tragedy of the commons, limits to growth and many others. Within this mode of systems thinking, applied analysts have stressed the importance of leverage points – points of intervention that can have maximum impact on a system, but stressing that one needs to both know the system well to identify these and also recognise that maximum leverage may be located at a remote location and at a difficult part of the system in terms of influence.

How does this translate to the housing system? Housing is a complex system –

There are a host of interesting ideas and applications that might be relevant to someone contemplating injecting innovation or reform into a local, regional or national housing system.

Key lessons include recognising the possibility of a complexity gap when contemplating transformative initiatives for housing, the scope for different forms of complexity or indeed systems archetypes to be at play (ie, different arrangements of causal loop diagrams). Housing reform is also often about social change and working in partnership with multiple interests is, of course, another form of system that needs to be managed understood and corralled. A great way to approach the application of these systems ideas to the housing sector is to apply the ideas of a checklist. The checklist mode of thinking is a natural complexity mode of thinking for engineers and scientists but also needs to be for policymakers, analysists and social scientists.