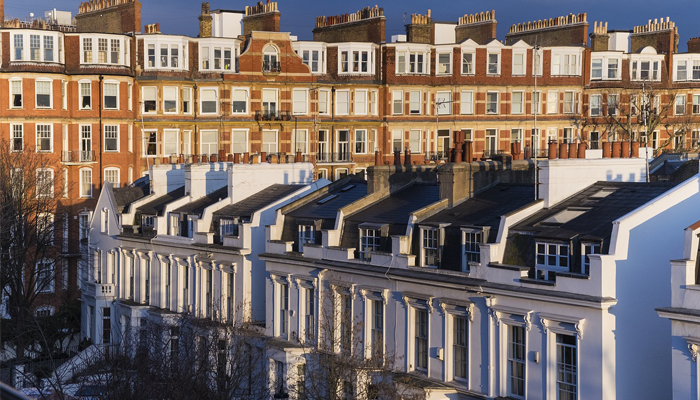 This blog has been cross-posted from the Urban Studies Journal blog.

Wealth, inequality, tax invasion – all are at the forefront of public concern about where many societies are going, and how cities are being reshaped today.

We came to these issues by serendipity, a realisation that we could use a new, open database to understand how offshore wealth systems, designed to minimise tax and maximise capital returns, are being used to invest in cities like London.

Both of us have long been interested in tracing the deeper roots by which urban inequalities are generated and reproduced spatially over time. Using the database we were able to say something concrete about what have come to be known as wealth chains and how they are used within the luxury housing market.

The idea of wealth chains is used to capture how capital is cleverly stored offshore and used to take advantage of preferential tax regimes and adopt legally appropriate but ultimately problematic practices. These practices take place across national boundaries which, for ordinary people, would not be capable of being crossed. Those with massive wealth can offer their capital to firms of investors or set-up their own funds that are then used, like chains of money crossing nations and tax jurisdictions, to access and then exit investment locations. Their main aim is to use these funds to make more money. But how do they work, and what are their effects?

Our work was modestly pitched, given our resources and the scale and (intentional) complexity of wealth chains. We were able to use the database to see how significant amounts of property bought in Kensington (our case study area) in the decade 1994–2014 were bought from overseas through tax havens. Ordinarily one effect of this is that ownership is very hard to establish, a key motivation for the use of shell companies and purchases through offshore trusts! However, using the Private Eye data we could see that some 45% of all property titles owned by overseas entities in Kensington were registered in the British Virgin Islands and approximately 80% of all property purchased by foreign entities in Kensington were registered in tax havens.

Using the data base we could see that investors use complex arrangements to buy and then move assets to their own created subsidiaries in order to reduce tax liabilities and maximise profits. They are often advised by some of the major accountancy firms. In the article itself we give details of these schemes but also touch on how much of the money flowing from developers to the local authority have not been used, as intended, to provide affordable housing or other community provisions. Therefore one key effect of wealth in such contexts is not only to inflate asset prices but also seemingly to turn the role of the local state into being more of a facilitator for property investment with little interest in local social need. This story has, of course, become more familiar in the popular imagination since the events at Grenfell tower in 2017 in the same London borough we looked at.

One of the key effects of wealth chains is how financial intermediaries and multinational corporations have come to undermine the value of dwellings as homes and made them into assets to be traded in pursuit of private and offshore wealth gains – with value extracted and taken hold of by the offshore interests of already wealthy players. The result is an urban context that further that favours already advantaged and powerful interests.

Cities like London and its housing market now function as key anchor points for wealth chains that are able to ‘touch down’ and extract value from concrete locations. The net effect is that flows of international capital are ultimately greater out of the city than into it. The city benefits little – as is usually understood. Profits are made, moved offshore and benefit the owners of this capital.

Where to from here? Our work suggests that greater use of databases like the one we have used alongside more interest from central government could be used to spearhead a broader move to open-up the black box of tax avoidance mechanisms. The real promise of such work is that it could be used to mount a broader offensive against systems that undermine social provision while evacuating value to the offshore world of Moneyland. Scholars and policy-makers could combine efforts to use the concept of wealth chains to throw more light on the forces shaping cities like London.

Despite all of this we can see in Kensington and elsewhere a powerful coalition of forces. Here a political economy of property investment is built around inequalities, an urban politics that favours already advantaged and powerful interests that favour the maintenance of laissez faire planning (at the local level) and taxation and policing systems at the level of the central state. Even modest proposals for the reform of offshore tax havens, so that the beneficial owner of companies and properties could be identified to prevent laundering and tax evasion, have been kicked back to 2023 by the current government.

Our work here, and that of others in recent years, highlights how the capacity of the local state is weakened not only by austerity but also by the ways in which complex wealth chains help the rich to become richer while enabling the avoidance of tax that might offer the means to address many of the problems faced by London today.

Dr Rex A McKenzie is a Senior Lecturer in Economics at Kingston University and Professor Rowland Atkinson is Research Chair in Inclusive Societies at the University of Sheffield.

Image by Jonathan Wilkins from Pixabay