Visions of Scottish Housing in 2040 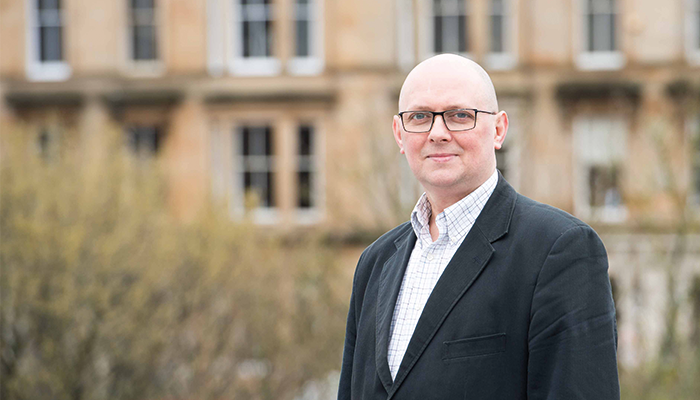 On 9th July The Scottish Government published its new vision and principles statement for housing, which aims to inform a route map for Housing to 2040

This is an interesting and, in places, bold document which sets out the high-level vision associated with the National Performance Framework, alongside elaboration of the principles by which they hope to push forward with a clear plan for housing after the next Scottish election in 2021.

As a participant in several discussions around this vision over the last year, I have raised the potentially radical nature of some of the goals contained in what is called a ‘vision for a well-functioning housing system’. I discuss this further below but it is worth saying from the outset that these positions are explicit in this new document and are, if anything, strengthened and extended.

In this blog, I firstly reflect on what are important statements of housing policy principle, statements which on some levels are radical and groundbreaking in their contrast with the kinds of norms and ideas that tend to lie behind housing policy more broadly (and elsewhere in the UK). They are redistributional and propose major change – though we have yet to see how these might actually be achieved and maintained. Secondly, it is striking that the document looks at housing as a system, though I will argue that this is not quite the same as the systems thinking work that we are now embarking on at CaCHE.

We can boil down what the Joint Housing Policy and Delivery Group’s annual report says by thinking of it in terms of an all-housing system approach to what housing will look like the time we get to 2040. The questions now become what policy choices are to be made, how will the choices be made, and what mechanisms and resources will be required to allow Scotland to arrive at the kind of housing destination that the government seeks to develop based on this broad cross-sectoral consultation?

The document talks about an ambitious and aspirational person-centred view of the housing system which should reflect the diversity of people’s homes and communities. It recognises that this needs to be set against a series of challenges facing housing and Scotland: an ageing population of people who are living longer; an increasing number of households and more people living alone; the need to mitigate the impact of climate change; the impetus to act on homelessness; the priority to tackle child poverty; and finally, the impact of Brexit and the UK government’s welfare reforms (and how they are to be managed).

The vision and principles relate to four overarching elements: the first of these is a well-functioning housing system. The second is high-quality sustainable homes. The third concerns sustainable communities, and the fourth, a focus on homes that meet people’s needs. I am going to focus on the first dimension only – the well-functioning housing system.

The 2040 vision talks about a well functioning housing system in terms of being able to find the right home, being able to afford that home, about making the best use of our homes, promoting a better balance of investing between housing and other things , it is about fairness and it’s also about adequate treatment of diverse groups across Scotland, particularly in terms of rural and island communities.

When we turn to look at the principles that will underpin this vision, we see often quite radical proposals. First of all, principle one says that the housing system should supply high-quality affordable homes for living in, to shift the balance away from the use of homes as a means to store wealth. The principle goes on to say that commercial investment in private rented sector should be based on rental income returns not capital appreciation. Principle two says government policy, including taxes and subsidies (for example), should promote house price stability, help underpin Scotland’s standard of living and productivity and promote a fairer Scotland. These principles are actually quite radical statements about moving away from speculative asset holding towards housing as primarily (affordable) consumption within the housing system.

I think that the long-term commitment to moving towards stable house prices and rents and perhaps using a range of policy instruments to promote and support that goal is a really interesting one. It makes sense if we are to try to neutralise the effects of housing on the economy and consider wider questions of fairness and wealth holding (but what will residential investors, individuals and institutions, make of a market environment premised on rental returns only?). However, policymakers have to find effective ways to implement and actually maintain that policy over a long period of time. That remains immensely challenging. I can’t think of any other nation which has a battery of policy instruments explicitly designed and adapted to achieve this goal. That does not mean one should not try to figure out how to do so.

There are other radical principles in the document. Principle seven says all sectors and tenures should apply the same high quality and safety standards and levels of consumer protection. This implies a greater emphasis on broader consistent regulation across the housing system as a whole, something that for instance Graeme Brown from Shelter Scotland has consistently proposed. Moving towards a consistent set of regulatory principles and their enforcement, in particular, will be a major challenge for any government going forward. This needs to be done across the country and needs to be adequately resourced and implemented.

The other thing that jumps out in this document, which has not really been made explicit before, is the question of human rights. Under principle 15 of the homes and meet people’s needs section, the main statement says everyone has a right to an adequate home and this is linked explicitly to the United Nations human rights treaties which state that ‘everybody has the right to an adequate standard of living for themselves and the families including adequate food, clothing and housing’. While this seems to suggest that it may not require further explicit legislation to make housing a human right with associated obligations (though that is open to debate), this principle still has profound implications. What exactly is covered by a human right for housing and what does that mean in practice, how it would be implemented, and how it would be resourced? It raises questions which may require trade-offs as other housing policy ‘asks’ may be challenged or de-prioritised because of the additional resources implicit in the commitment to a human right for housing. This is why the legal and operational definition of the right and its implications for providers, etc. – is fundamental to this debate. This is an issue which has got potentially huge ramifications and needs to be very carefully unpacked and further discussed. We are just beginning that process.

This is one of those occasions where I think it really pays for readers far and wide to look quite closely what this vision statement says. To date, much of the housing sector’s interest in the longer-term housing vision that the Scottish Government has attempted to articulate has actually been about concerns regarding the affordable supply programme’s future. That is a perfectly reasonable concern to have, given the importance of meeting affordable housing needs and continuing a sustainable supply programme. However, the long-term aims attached to what is now being articulated in the vision (and in particular, the principles outlined above), seem to me to be extremely important and worthy of serious consideration.

Professor Ken Gibb is the Director of the UK Collaborative Centre for Housing Evidence.