What housing ladder? Public attitudes to the affordable housing crisis 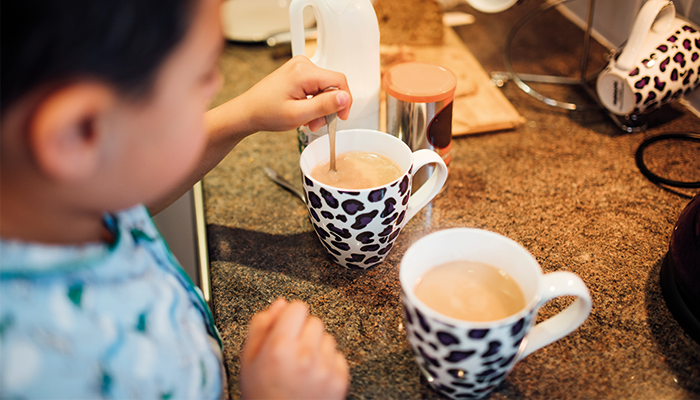 Guest author, Joe Caluori, explains that polling and focus group work for the Affordable Housing Commission show that people believe that a housing ‘ladder’ which once existed to enable people to improve their housing situation as their incomes increased, has now been kicked away, leaving them locked out of home ownership.

In a national opinion poll for the Affordable Housing Commission, renters were asked to select from multiple options for things that would need to change in order for them to be able to buy a property. Roughly a third selected ‘getting a better-paid job’ and another third cited ‘inheritance from the death of a family member’. Rather depressingly, two-thirds ticked ‘winning the lottery’.

Whilst this polling question was a provocative way to draw attention to the problem of unaffordable homeownership, it’s a powerful reminder that the affordable housing crisis is about a lot more than vague pledges to deliver housing numbers. There are serious land and supply concerns to address, and public funding is thin on the ground. But, for most renters, the housing crisis is about the price they are paying and what choices they have. Our research shows that millions of households are angry and frustrated about their housing situation. They face insurmountable barriers to homeownership yet know that owning is much cheaper than renting. This they see as unfair to them and their children. Those without the ‘bank of mum and dad’ are ready for radical solutions, although not always in the form the politicians and policy-makers anticipate.

There is a body of excellent research into the supply and demand factors which have brought us to this point – but the challenge now is to marry this body of work on housing stress with a better understanding of people’s everyday observations and aspirations. This won’t be easy as there is a large and vocal cohort of homeowners who want house prices to keep on rising. It’s also complicated by the stigmatisation surrounding social housing.

The struggling blue-collar renters we spoke to who don’t qualify for social housing are far from happy. Instead of saving for a deposit they are stuck living in expensive and often poor quality privately rented accommodation. They describe being at the mercy of landlords, unwilling to report problems for fear of being moved on. Yet this group do not aspire to return to the stability of a socially rented home. They tend to see social housing as a residual product, housing mostly drug addicts and undesirables. When asked if they’d support building more council housing they are lukewarm. Perhaps for other people, they say, but not for me. This is despite the fact that most had grown up in council houses – such is the ‘othering’ of social housing tenants. Interestingly, they are also hostile to ending the right to buy if it denies a right to a family living in social housing who had ‘done all the right things’.

Likewise, the frustrated first-time buyers we spoke to are desperate for properties they can afford so they can move on with their lives. They are also stuck in the PRS, perceiving housing costs and the wider cost of living as eclipsing their incomes year on year. Many are making sacrifices on their quality of life and delaying important life decisions such as when to start a family, without the guarantee that their sacrifices will ever come to fruition.

These couples want to buy, but they are sceptical about new build homes for sale in large developments a bus ride away. They want their sacrifice to be justified by securing an affordable home near their family networks, with good schools and transport infrastructure. However, many perceive new build to be in undesirable ‘soulless’ areas, and of low quality in terms of design and construction. Their worry is that these properties will not appreciate sufficiently in value as an asset over time, which limits your ability to climb the next rung of the ladder to a larger home. House price inflation seems locked into the public’s DNA. In fact, when we asked if the government should seek to constrain rises in house prices, the first-time buyers said conclusively no! Their mindset is clearly that your home is an asset from which you should continue to benefit throughout your life.

People’s observations on their lives and those of their peers and their aspirations for themselves and their families naturally shape their views on the affordable housing crisis. There are of course contradictions in what people say they want. Some want the whole system to change so housing is more affordable across tenures, others want hard-hitting policies which will make an immediate impact, such as tough rent controls. Many in ‘generation rent’ wonder what they will do if they are still in the PRS when they face retirement.

Whilst our focus group work provides only a snapshot of peoples’ views and experiences, it does suggest that we should be careful about under-valuing the sentiment surrounding homeownership and the importance the idea makes to people’s lives. Housing policy is abstract to most people and only makes real sense when explained within a framework of people’s ambitions for themselves and their children. We cannot assume that solutions that provide just more homes as will win people’s support and gratitude if it doesn’t enable them to move their lives forward. Aspiration, accessibility and affordability need to be better connected if we are serious about getting people back on the housing ladder and solving the housing crisis.

Joe Caluori is Deputy Director at the Smith Institute, who is the secretariat for the Affordable Housing Commission.

[1] The Affordable Housing Commission commissioned a survey amongst a representative sample of British adults through YouGov. The poll was carried out between the 8th and 9th of October 2018 surveying 1,499 English and Welsh adults.