Without ‘home’ and away from children: homelessness and motherhood during COVID-19 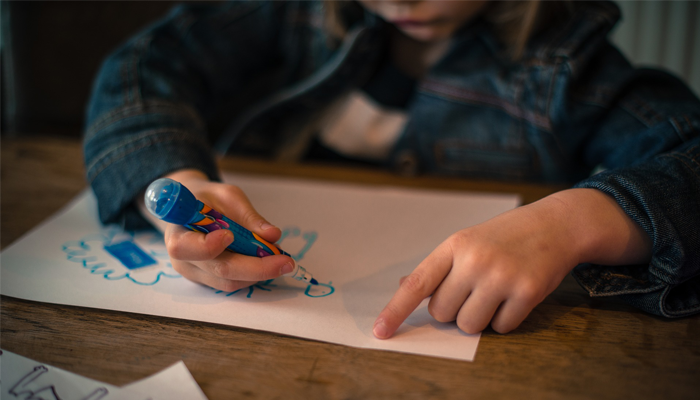 Drawing on their recent CaCHE project, Dr Emma Bimpson and Dr Kesia Reeve discuss the unique and profound challenges that COVID-19 is likely to pose those mothers experiencing homelessness.

Last year we completed a research study exploring the experiences of homeless mothers for the UK Collaborative Centre for Housing Evidence (CaCHE). Now that we are all adjusting to a life spent entirely at ‘home’ we have had cause to think about the mothers who participated in that research. It is difficult to imagine what the domestic circumstances described by those women – in the lead up to their homelessness and then afterwards – would look like in the context of COVID-19.

The majority of the 26 mothers interviewed for our study had been experiencing domestic violence before they became homeless. Their family homes had none of the qualities associated with safety, care and refuge which commonly render a space ‘home’ and which have become so important during this period of lockdown. Rather, theirs were violent homes associated with extreme adversity. And there will be many women like them around the country at the moment, trapped in a home with their abusers. Lockdown presents greater risks to the safety and well-being of those families, as the surge in calls to domestic abuse support services demonstrates. A helpline run by the charity Refuge recorded a 65% increase in calls over the first weekend after strict measures were introduced to curb movement. Similar patterns have been observed in other countries. As noted by Dr Craig Gurney in a recently published CaCHe paper, there is well-established feminist literature pointing to the home as a place of harm rather than a sanctuary for some. When home is the only place you are allowed to be, the risk of harm will inevitably grow.

At the time they were interviewed, the mothers participating in our study were living in temporary accommodation such as hostels or refuges. Some lived with their children and some were separated from them. They described accessing crucial emotional and practical support from their families during these difficult times and so maintaining family connections were vital. We interviewed ‘Iram’, for example, who had arrived at a refuge with her young daughter with just a few possessions and no funds, having been financially controlled by an abusive husband. She relied on food banks and hot meals at her mother’s house to feed herself and her daughter. At the time of writing, some UK foodbanks had closed, others were operating limited services, and many were reporting severe shortages of donations. Iram certainly would not have been able to visit her mother under the current social distancing requirements and restrictions on travel. Under these circumstances, it is not clear how Iram would have fed herself and her daughter.

Temporary housing can provide a critical space of safety and shelter to homeless mothers but the environmental conditions can limit day-to-day family activities and relationships that others take for granted. Families are generally restricted to a single room, for example, often without internet connectivity and children are sometimes discouraged from using communal areas. In this context, visiting friends and family and trips out with children can be vital for homeless women’s wellbeing. COVID-19, then, has rapidly transformed aspects of daily life that are necessities for some, into prohibited activities. The impact on the mental health of homeless mothers living in temporary accommodation is likely to be profound.

This is, perhaps, particularly true for homeless women living apart from their children. In our study, 18 of the 26 mothers interviewed were living apart from at least one of their young children. In some cases children had been removed by social services before women became homeless, usually to protect them from witnessing domestic abuse in the home. In other cases, women had placed their children with family members to protect them from the disruption of homelessness and the challenges of living in temporary accommodation. The physical distance between women and their children was sometimes vast, with visits requiring lengthy trips on buses or trains. It is the norm, for example, for a woman escaping violence to be provided with temporary accommodation in another local authority area, for her safety. Unless local authorities are able to offer family re-housing these women may be facing months without seeing their children. With government instructions to pause house moves within the private rented sector and reduced services within the social rented sector, the periods of crisis faced by the women we interviewed may now appear indefinite.

For mothers living apart from their children who are facing family court proceedings, their engagement with children’s social services, attendance at meetings and arranged contact with children is a critical part of their efforts to be reunited with their children during periods of crisis. However, with even fewer resources available to support women in crisis, and with social distancing restrictions in place, the potential for family separations to increase is evident. Already, there has been a steep increase in care proceedings since the start of the pandemic, with court-ordered child removals taking place by phone rather than in family courtrooms.

The emotional and physical impact of the COVID-19 for mothers and families in temporary accommodation, or those living in precarious or harmful living situations, must not be underestimated- especially when talk of ‘the new normal’ appears increasingly within public and policy debate. Both housing and social services must work together to ensure that lives in ‘limbo’ are not trapped in crisis.

Dr Emma Bimpson is a Research Associate and Dr Kesia Reeve is a Principal Research Fellow for the Centre for Regional Economic and Social Research, based at Sheffield Hallam University.

Image by Rudy and Peter Skitterians from Pixabay.