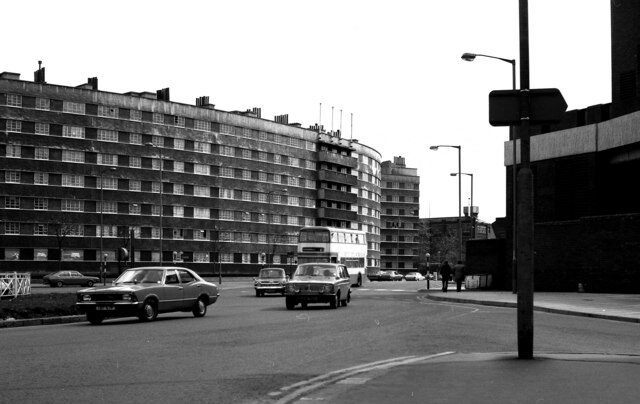 In this blog, Professor Mark Stephens and Dr Rod Hick explain the development of comparative housing research and suggest that care must be taken when seeking to learn lessons from other countries.

In 1933 a delegation of councillors from Leeds visited Vienna seeking solutions to the city’s housing problem.

Inspired by the Karl Marx Hof – Vienna’s municipal flats for workers – Leeds broke away from the English tradition of suburban cottage estates, and instead built the Quarry Hill flats – almost 1,000 units of housing bang in the city centre.

What Richard Rose called “lesson learning” has always been the most powerful motivation for comparing policies in different countries.

The practice is well-established among international agencies, such as the World Bank and the OECD.

In the 1980s and 1990s, the World Bank promoted free market solutions to housing problems across the world, based on a report entitled, Housing: enabling markets to work.

The years of free market hegemony – dubbed the “Washington consensus” – are over, and international agencies are now more willing to concede the limits to unfettered markets. For example, the OECD recognises the role of subsidised social housing, albeit set within a firmly pro-market paradigm.

Academics have long been critical of this kind of one-size-fits-all approach, pointing out that a neglect of social and economic context can lead to policy failure. For example, the formerly communist countries of central and eastern Europe were encouraged to develop mortgage finance systems on the western model, but this failed to recognise widespread cultural resistance to debt.

Since the 1960s, researchers have sought to provide richer accounts of international housing systems.

In his pioneering book, The Government of Housing (1967), David Donnison identified three housing regime types, ranging from the embryonic to the comprehensive, with an intermediate grouping in between.

The enduring significance of this study is that it sought to explain how such housing systems evolved. Donnison linked housing policies to economic development, suggesting that a kind of elite consensus among civil servants would result in the state intervening in pursuit of greater equality.

However, when he came to revise the book in the early 1980s, Donnison conceded that the progressive consensus had ended.

Donnison’s protégé, Michael Harloe refined his mentor’s approach, arguing that housing policy reflected phases of economic development. The rise of mass production (known as Fordism, after the motor manufacturing giant) led to the abandonment of government indifference to housing problems, and to mimic industrial mass production with the mass production of public housing for workers. With the arrival of deindustrialisation, policy reverted to a faith in the market, for example with the privatisation of public housing.

Harloe’s approach suggests that political economy is key to understanding how housing systems are formed and change. 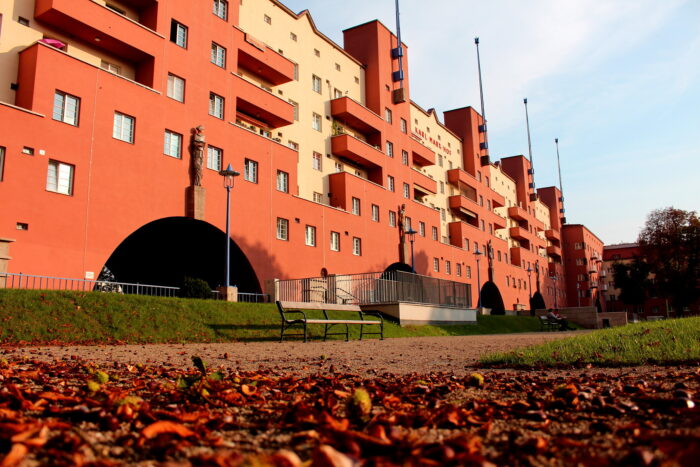 But what drives political economy?

To answer this question, many housing researchers have turned to the Danish political scientist, Gøsta Esping-Andersen, whose book, The Three Worlds of Welfare Capitalism, published in 1990, has enduring influence.

He emphasises the role of class conflict and its mediation through political and other institutions in explaining how what he calls “welfare regimes” emerge. These are social, political and economic institutions that have particular characteristics.

The study focussed on labour markets and social security arrangements, and he argued that the regimes had distinctive distributional outcomes. Poverty, for example, tended to be highest in liberal regimes which are heavily reliant on the market, whereas social democratic regimes exhibited much lower levels of poverty due to the enhanced role of the state.

Although the study did not consider the housing system, many housing scholars have applied the schema to housing, usually assuming that housing regimes can be “read across” from welfare regimes.

While Esping-Andersen’s intended his classification to relate to the ‘welfare state’, this referred primarily to the social security system and labour market and notably de-emphasised the role of other areas of welfare production such as housing and health.

Jim Kemeny argued that housing is one of several “sector regimes,” and this allowed different regimes to exist in different pillars, for example, housing, the labour market, social security, etc. This raises a crucial question that interests us: to what extent does housing exacerbate, counter or merely replicate the distributional tendencies of what Stephens calls the “wider welfare regime”?

Kemeny himself emerged as the most influential advocate of housing regimes in the 1990s. He claimed that housing systems were defined by the relationship between the for-profit and cost (what we would call “social”) rented sectors.

He observed that countries would wind down social rented housebuilding programmes once housing shortages were met. This would allow social landlords to build up rental surpluses as housing debts were repaid. At this point, government could allow social landlords to retain rental surpluses that would in turn allow them to compete with market renting, forming a single “unitary” housing market. In turn the rental sector, with tenure security and competitive rents, could compete with the owner-occupied sector creating a unitary housing regime.

Alternatively, governments could decide to extract rental surpluses by “taxing” them, or forcing landlords to sell housing into owner occupation at discounts. This would create a distinct, residualised social rented sector.

Kemeny suggested that countries such as Germany and Sweden exhibited unitary housing regimes, whereas the UK and the US exhibited dualist ones.

However, some researchers have argued that whilst the US and UK housing systems undoubtedly have dualist rental sectors, these are not what define the housing system as a whole.

This suggests an inter-dependence between housing and the wider welfare regime. Other, higher-level, forces have also had an increasing influence on housing systems. One of the effects of deregulating housing finance markets has been to deepen the relationship between housing and international financial markets – something clearly experienced in the Global Financial Crisis. This has caused Schwartz and Seabrooke to place financialisation at the heart of their “Varieties of residential capitalism” framework.

But the key point is that to understand how housing systems work, we must also understand how the wider welfare regime works, and appreciate the influence of macrolevel forces, including financialisation.

Ultimately the performance of housing systems depends on housing outcomes. Even this presents difficulties for researchers. For example, it may not be appropriate to apply the same expectations to housing standards when comparing countries with greatly differing general levels of prosperity. The differences between people’s subjective perceptions of – say – overcrowding and those assessed “objectively” point to the salience of this point.

If comparative housing research is conducted methodically and with an awareness of the pitfalls it can yield great benefits.

However, if this is not done, there are risks of inappropriate policy transfer.

So what of the Quarry Hill flats in Leeds partly inspired by the Karl Marx Hof flats in Vienna. 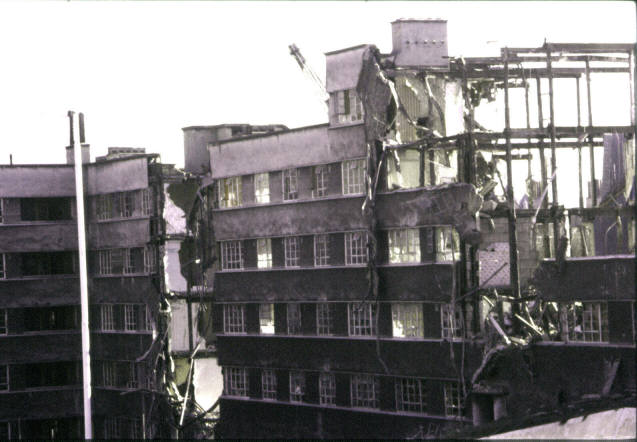 They were demolished in the 1970s, because the innovative method of hanging concrete on steel had failed, leading to excessive renovation costs.

The Karl Marx Hof flats are still lived in. The mistake made in Leeds was importing an innovative building system – not from Austria, but from France.

Professor Mark Stephens is the Ian Mactaggart Chair in Land at the University of Glasgow. Dr Rod Hick is a Reader in Social Policy at the School of Social Sciences at Cardiff University.