Doing UK housing policy well is hard, but it has never been more important 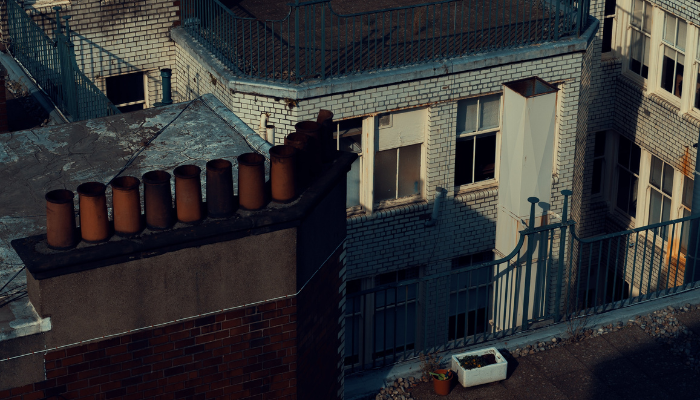 Ken Gibb sets out the problems with the UK housing sector, highlighting a lack of housing supply, underinvestment in existing housing stock, and short-termism and inertia in housing policy.

This article was originally published in UK in a Changing Europe.

Housing in the UK is a chronic public policy problem. The housing market constrains economic performance, social mobility, inequality reduction and decarbonisation. We don’t build enough homes, especially low-cost ones, and we don’t look after the existing housing stock, especially in the private sector. We need systemic and long-term policy reform, well-designed and properly implemented.

The housing sector is critical to the macroeconomy. Recent figures (2021) suggest that the housing stock is worth £8.4 trillion, outstanding mortgage debt is £316 billion and household property wealth (mainly housing) is 31% of total wealth (2016-18).

A key explanation for the importance of housing wealth in the UK is the underlying unresponsiveness of housing supply to changing prices which make house prices volatile and speculatively attractive, particularly in periods of low returns and interest rates elsewhere.

House price changes can impact the economy though different routes, including price rises or value falls which induce wealth effects that reduce economic stability. In the 2000s, governments, including in the UK, misunderstood the macroeconomic impacts of real asset markets such as in land and property. This contributed to the financial crisis 15 years ago triggered by an unsustainable mortgage boom in risky loans, followed by a deep market ‘bust’. At the same time, undiversified asset inflation also raises prices in the dominant existing stock of second-hand housing, increasing investment and wealth holdings in those specific assets, arguably crowding-out more productive sources of investment, such as diversified investment funds or new job-rich sectors of the economy.

Many are excluded from owning because of tighter mortgage regulation (after the 2008 financial crisis) forcing up required deposits alongside relentlessly rising house prices, driven by ultra low interest rates for two decades (until recently).  And those who did stretch their finances to the edge to get on the ladder now face the cost of living crisis and eye-watering interest rate increases as they come off fixed-rate deals.

We need more housing supply and, while many people are undoubtedly well-housed, there is significant underinvestment in the existing housing stock, which is ageing. As much as one in ten owner-occupied homes face basic health and safety hazards. If we don’t build enough homes we need to invest in those we do inhabit. There are long waiting lists for social housing and many people, though by no means all who do so, are forced to live in private renting of variable quality. Homelessness is an increasing problem for those trapped in temporary accommodation or facing increasingly insecure and precarious housing circumstances.

On the supply side, there are a number of critical shortfalls. First, we need more affordable and genuinely social housing and start to address housing need effectively. Second, acknowledging the dominance of the existing stock (and that even high levels of new private supply will only at best contribute around 1% to the existing stock), government needs to take existing housing conditions seriously and invest, as we once did, in private housing maintenance and improvement.

Third, new market supply is required to both contribute to housing shortages and rising costs but also to replace worn-out housing and regenerate communities. The longstanding debates about government housing supply targets (as indicated by the recent political resistance to housebuilding targets), and simplistic binary explanations of the causes do not help.

Explanations may be sought from multiple sources: in how the planning system operates, the green belt, nimbyism, land banking, migration, slow build out rates to maintain prices, etc. But solutions have to be locally not centrally-driven, and dealt with in a more nuanced and needs-driven system, one in which there is investment in the planning service and more incentives for developers and community benefits for development. New towns are likely part of the solution, but they are not a panacea.

The housing rigidities summarised above limit opportunities for social mobility. Large differences in housing costs also restrict labour mobility. Generations of frustrated renters will never become owners with considerable public policy implications e.g. they will continue to pay rents in their older age rather than pay off a mortgage with benefit implications and higher pension requirements. We have permitted mass exclusion from access to housing assets, while at the same time creating considerable political pressure to restrict new supply to benefit existing home-owners.

While important aspects of housing policy do of course reduce inequality and poverty, there remains no sign of a coherent programme to move the housing system as a whole to increase fairness, pursue net zero and increase efficiency. The decarbonisation of the housing stock is a fundamental long-term mission that needs to focus on the existing housing stock, much of which is highly energy inefficient. This is an opportunity to green the economy through a retrofit supply chain. It is also an opportunity to pursue levelling-up and take climate justice seriously across the UK.

The housing problem stems from allowing long term policy inertia at the system level to enable exclusionary economic interests that lock out millions. There is also a failure of the imagination to pursue coherent long-term policies (and plans to engage with and convince voters and citizens about the costs and benefits of different strategies).

Housing policy is too often short termist (not helped by the revolving ministerial door – there were several English housing ministers in 2022 alone but also more than 20 since 1997). It is not surprising that we see so many gimmicks, initiativitis and never-completed policies.

There has also been a long-term drift into most housing sector public spending being on Housing Benefit or Universal Credit rather than supply or investment programmes. Housing policies are also susceptible to implementation gaps – the failure to see through policy, to ensure capacity to deliver, enforce and comply, and to evaluate outcomes effectively.

Housing as a sector has become a wicked problem, characterised by technical and policy delivery complexity, struggling to balance often fundamentally differing values about what success looks like. It is lightly taxed as an investment and inconsistently as a commodity. Ideology and simplistic mantras too often trump evidence.

We need to go back to first principles and compare a continuation of the status quo with a national debate or commission on improving housing outcomes and processes for the economy, society and the environment.  The stock-dominated housing system takes time to change and policy reform should be constructed on a consensual long term basis with a period of phased transition.