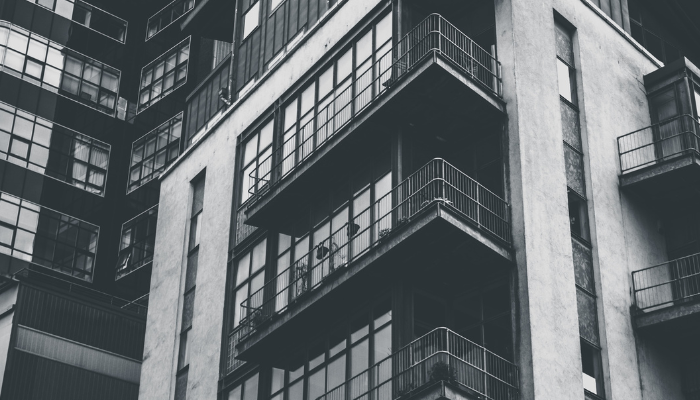 The private rented sector (PRS) in the UK has long been thought of as a precarious tenure due to insecure tenancies and unaffordable rents, coupled with uneven tenant-landlord relations (see, Hoolachan et al., 2017; Waldron, 2022). Precarity, as a concept, first originated in relation to labour market studies (Marti, 2019). It describes transformations in the labour market that have taken place under neoliberalism and is epitomised by the rise of both zero-hours contracts and the gig-economy in recent years.

Precarious working not only results in low and unpredictable pay, but also more informal and casualised labour. Sociologists like Standing (2014) have argued these conditions in turn have given rise to a new ‘precariat’ class that are united by their shared conditions of unstable and insecure labour. Yet precarity is also experienced in a housing context. As more and more households find themselves renting in the private rented sector, and for longer periods of their lives, growing sections of the population find themselves vulnerable. This vulnerability is however experienced highly unevenly. Precarity then, has much to tell us about peoples’ experiences of deregulated rental housing, but also about how these experiences are highly differentiated (Lombard, 2021).

Whilst there is an emergent literature on housing precarity within the private rented sector, it often lacks an inter-sectional lens. This reflects the strong influence of political economy on conceptual understandings of housing precarity (Madden and Marcuse, 2016). Whilst class is important, renters often have multiple vulnerabilities that heighten their risk of precarity beyond their economic and labour market position. This may include, for example their ethnicity, citizenship status, gender, age, and whether or not they have a disability.

Much has been written already about younger renters and the inter-generational tensions experienced between ‘Generation Rent’ and ‘Baby Boomers’ (McKee, 2012). This literature emphasises changes in the housing opportunities and experiences of young people versus previous generations, but also how this is interwoven with insecurity of work and income. Not only are labour markets more insecure, but the last decade of welfare reforms in the UK have also reduced the support available to young people at a time when student debt has also risen. In his work, Standing also highlighted ‘youth’ to be a core component of the precariat.

Research and advocacy work has also drawn attention to the plight of middle aged and older renters within the PRS, and how insecurity, unaffordability and poor conditions have combined to create barriers to ‘aging in place’ (Age UK, 2022). Like older renters, disabled households can also find it more difficult to access and/or adapt a property to meet their needs. Landlords may not always be willing to allow modifications. But even when adaptations are permitted, insecurity of tenure means disabled renters may be asked to leave the property before they necessarily are ready or want to move on. Finding a new rented property that is both affordable and accessible may not necessarily be straightforward either.

The migration literature has also long highlighted the housing barriers facing new entrants to the UK, which leads them to be concentrated at the bottom-end of the PRS where conditions are the worst (Lombard, 2021). They are especially vulnerable to exploitation given their higher risk of precarious housing and precarious work. In addition, the introduction of the ‘right to rent’ legislation in England has also led to additional landlord checks to confirm the applicant has the right to rent. This impacts not only migrants, but any applicant the landlord presumes not to be British. Ethnic minorities in general also tend to be more heavily concentrated in the PRS, due to historic discrimination and/or difficulties in accessing mortgage finance (Finney and Harries, 2013).

With regards to gender, women face a multitude of structural inequalities that impact their income and earning potential. They are also at greater risk of gender-based violence. Combined these factors can make it difficult for them to afford to access and sustain a PRS tenancy (DAHA, 2020). Yet there has also been limited investigation into the interconnections between gender, housing precarity and violence against women.

If we wish to fully understand housing precarity it therefore remains critical to consider how these intersecting aspects of renters’ identities combine to shape their experiences of the PRS. Empirically, this goal has never been more vital given the PRS not only continues to grow in size, but individuals are also facing unprecedented cost-of-living increases, including rising rents. Precarious housing not only exerts negative impacts on renters’ wellbeing, but ultimately undermines their ability to put down roots and make a ‘home’ (Easthope, 2014). Whilst governments across the UK are beginning to recognise these impacts and have, or are currently, taking forward sector reforms, progress nonetheless remains uneven due to the devolved nature of housing and social policy. Geography is therefore a further, critical factor that shapes both experiences of housing precarity and the necessary solutions that must emerge.