What we learnt from 2021: the rights and mostly wrongs of the government’s report on race 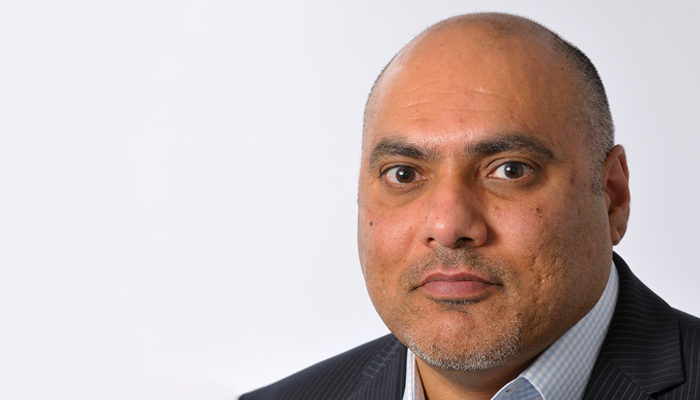 As we approach one year since the publication of the Commission on Race and Ethnic Disparities Report, Mushtaq Khan, CEO of The Housing Diversity Network, reflects on the findings and whether the debate has moved on as we enter 2022. This blog is the next in our equality, diversity and inclusion (EDI) invitative series.

The Commission on Race and Ethnic Disparities (or Sewell) Report was published at the end of March 2021. It’s time to reflect on what’s happened since and whether the debate has moved on.

Another reading of the report still endangers a feeling of disappointment, disbelief and indeed a shrug of the shoulders. There never was much in there to disagree with, but it never went far enough, made some outrageous assertions and played to the government’s political base.

Although the report was commissioned following the Black Lives Matter Protests and the racial inequalities highlighted by the Covid-19 pandemic it still does not make any useful contribution to addressing these issues.

At the Housing Diversity Network (HDN) we work with organisations across the housing sector so that they can become more inclusive. In the main our work focuses on leadership and governance, workforce development and services to local communities. I had really hoped that this report would add to and inform our work.

Although there were some elements in the report which provided a useful narrative and good recommendations (I couldn’t disagree with the need for more funding for the Equality and Human Rights Commission for example), I believe at heart it was a political document which diminished the experiences of many of our communities, while pitting the most disadvantaged against each other. Essentially it looked at race through the lens of a black conservative (with a small ‘c’) viewpoint; even when it strayed into examining experiences of other communities, for example communities of Pakistani or Bangladeshi heritage, it quickly reverted to its default stance.

We’re still in the middle a global pandemic which has disproportionately claimed the lives of thousands of people from minority backgrounds, and I would say that the report downplays and minimises the effect of structural and institutional racism which has already been acknowledged as having a significant negative impact in the previous Macpherson, Lammy, Marmot, Williams reviews.

At HDN we do a lot of training and consultancy work in the housing sector and will continue to approach our activity from the position that structural and institutional discrimination exists. An understanding of this is required to address the impact on the workforce, tenants and residents. We take this position based on the expertise, evidence and experiences of our members and communities in the housing sector.

Interestingly the report targeted negatively two things that touch on the way that we work – unconscious bias training and use of the acronym ‘BAME’.

Our stance on unconscious bias training is that, in isolation, it probably won’t be effective. It isn’t a way solving ‘a problem’ – more part of a continuing journey of both organisational and personal development. We view it as a part of our aim to engage as many managers and decision-makers as as possible in our fight against racism. After all biases exist in all of us, and when unchecked can lead to unfair and poor decisions.

Similarly the report’s recommendations around the term Black, Asian and Minority Ethnic (BAME) missed the point. It’s the context in which the term is used, and the debate and actions that follow from it that is most important.  It can be a blunt tool to categorise many different communities under one heading, but there is something about the non-white experience that this term can usefully describe.

Turning now to the housing sector. The report only touched on housing slightly and (as is usual) examined home ownership rather than looking at wider tenures of social and private rented sector housing where inequalities are most exacerbated.

Of critical importance to us is what was missing. Nothing on building cohesive communities and breaking down concentrations of deprivation, nothing on the housing crisis and market failure, one mention of the Grenfell Tower tragedy (and nothing about the racial disparities highlighted there), inclusive leadership and governance is only mentioned in passing in terms of the education sector, and there is nothing there about organisations reflecting the communities that they serve.

This report could have been a call to action to help tackle major racial injustices in a society that is ready for change. Instead, it retreated into denial and continued to add to an ever-growing list of missed opportunities.

Mushtaq Khan is the CEO of The Housing Diversity Network.