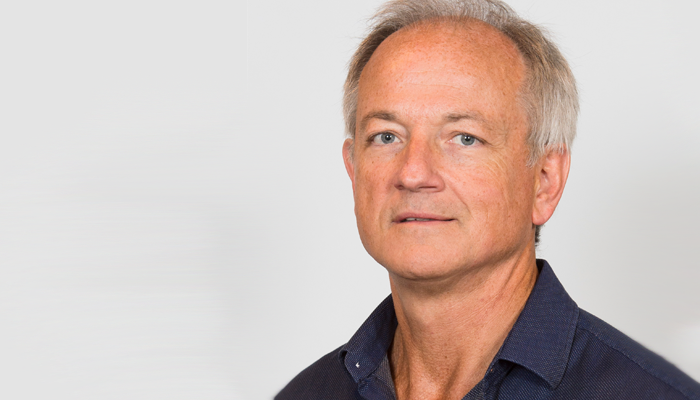 It comprised three presentations – all with a specific Northern Ireland focus. The presentations at first glance may have appeared somewhat unrelated, but in actual fact were connected by a common message: success in practice requires meaningful engagement with stakeholders on the ground, with tenants, residents and with the wider community. Two stakeholder engagement sessions chaired by Dr John McPeake provided a forum for a lively and informative exchange of sometimes opposing views.

The first presentation (Delivering Design Value: The Housing Design Quality Conundrum) was given jointly by Dr James White (University of Glasgow) and Dr Chris Foye (CaCHE). It highlighted that the design quality of many new homes and neighbourhoods remains stubbornly low and that both planners and developers both share some responsibility for this. Barriers to good design include: a planning and design process still characterised by a silo mentality; the limited priority given to design and engagement with local communities; and, the often low expectations of Councils, worried that developers might take their investment elsewhere. Some inter-jurisdictional differences were apparent, but, overall, no jurisdiction demonstrated better or worse outcomes. Addressing the ‘conundrum’ – the challenge of reconciling policy level commitment to high quality design and reality on the ground – requires stricter regulation of housing and neighbourhood design principles.

The study included two case studies of recently built schemes in Belfast (Portland 88, a private high density development of apartments near the City Centre and the Radius Housing Association’s ‘Peter Pan’ social housing development in West Belfast). In the case of both schemes post occupation evaluation indicated high levels of satisfaction from residents, although in the case of Portland 88 there were concerns about the scale of the development from neighbouring residents. In the case of the Peter Pan development, the lack of sufficient open space for residents was also highlighted, as well as the relatively small living rooms.

The second presentation (Participatory Processes in the Built Environment) was delivered by Dr Gavan Rafferty (Ulster University) and Dr Neale Blair (Ulster University/ CaCHE). It highlighted the common perception that key planning decisions pay only lip service to participation and highlighted the important difference between mere consultation or participation and ‘engagement’ where a community really feels part of the overall governance of a scheme. The presentation noted a welcome return to ‘the local’ as part of a growing interest in approaches that focus on well-being and the value of a collaborative place-based, person-centred, bottom-up approach used to meet the unique needs of people in one given location. It posited a strong argument for thinking about engagement in a more sophisticated way – through co-production where there is an equal and reciprocal relationship between the community and the planners, leading to genuine community planning.

The second part of the presentation focused on the technology and tools that can facilitate this process of engagement – notably The Place Standard tool that utilises 14 questions covering a broad range of both physical and social characteristics engagement tool to assess the quality of a place. Well-illustrated examples of digital platforms being used in a colourful and imaginative way included a development by Asda on the outskirts of Belfast and South Dublin County Council’s Virtual Consultation rooms.

The stakeholder engagement that followed highlighted the growing importance of good design in the post pandemic period and the need to understand the lives of the people for whom schemes were being developed, as well as the importance of striking a balance between, on the hand, an overly prescriptive design guide that could result in homogeneity and, on the other, flexibility that facilitates architectural and design flair. Too much emphasis on targets that focus on numbers rather than quality of design and the increasing use of planning gain to fund infrastructure compounded the problems. Recognition of the advantages of a regulatory framework for design quality in NI was tempered by awareness that these would only be as good as the associated enforcement procedures. However, the issue of the costs of both scheme development and running costs at a time of considerable financial pressures was acknowledged as a real challenge to delivering good design – something that can only be addressed by taking a broader, longer-term view of the concept of value.

In the third presentation, Professor Paul Hickman (Sheffield Hallam University/ CaCHE) presented emerging findings from a study commissioned by the Department for Communities that he is undertaking with myself entitled: Understanding Approaches to Tenant Participation in the PRS in Northern Ireland – and in particular the challenges and prospects for TP in the PRS. The context for the study included the growing number of households now residing for longer periods in the PRS, the upsurge in interest in TP following Grenfell and the ‘higher’ levels of TP in many parts of continental Europe. The findings were based on a rapid review of the relevant literature and 11 in depth interviews with stakeholders representing a range of organisations in the public, private and voluntary sectors. The research highlighted the significant barriers to extending TP in the PRS – many the result of the inherently disparate and diverse nature of the sector comprising approximately 140,000 properties, high turnover of tenants and dominated by (more than 60,000) landlords at a small scale with one or two properties. There was however a general recognition that TP can bring benefits for Government, tenants and landlords, alike. As in GB, TP is not a visible feature of the PRS in NI. At the individual level there is little evidence of tenants exerting influence over landlords’ decisions. Collectively, there is no equivalent of the Housing Community Network that provides a well-structured, effective platform for representing tenants’ interests in the social sector. However, since 2019, Renters’ Voice, a new project funded by the Nationwide Foundation has made inroads into this deficit and over time aims to build a strong voice for private tenants and a culture of TP in the PRS. Recommendations developed collaboratively with research participants include recognising the diversity of the sector, the need to start small and build trust and confidence, demonstrating to tenants that their input is valued and does make a difference and adequate resourcing of structures.

The second stakeholder engagement session also highlighted a number of policy related issues, including the extent to which participation in the PRS can be linked to regulation of the sector and the potential that participation offers for bringing tenants and landlords together to overcome areas of difference. There was confirmation of the view highlighted by the research that the PRS is significantly different from social housing, although there are some important transferable methodological lessons. Differences in scale were also recognised as an obstacle – mechanisms that work for large landlords are not appropriate in the context of NI and overall, there was a realisation that effective TP in the PRS is much more challenging than in the social sector and that there needs to be a ‘paradigm shift’ in Government in order to make significant progress.

As always, a big thank you to all participants who once again provided so many useful insights that not only guide our research activities, but also help drive the policy agenda.