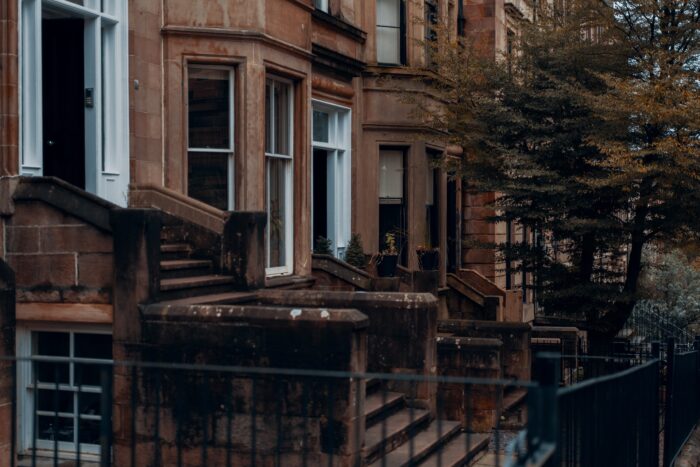 There were some strongly held opinions, forcefully articulated, at the recent Cache-UBDC seminar about the regulation of short-let accommodation.  Following two presentations in the first half of the session, which used big data to look at the consolidation of temporary rentals and the impacts of STLs on housing, there was a panel discussion on policy and regulation in the sector. The panellists included Louise Dickins, who operates a short-let business in Edinburgh, and as John Boyle made clear, Rettie & Co. who he represented, had long operated their own short-let business. However, the community voice was missing in this important discussion. It is, after all, the need to address the unprecedented expansion in short let growth and the impact on local communities that created a political demand for some form of regulation and control. This blog serves to continue the discussion and to highlight some of the concerns that were not fully addressed on the day.

From the Indigo House research work on the impact of STLs on communities in Scotland we found that in both Edinburgh and Glasgow local people complained about the anti-social behaviour created by, in effect, having hotel style accommodation accessed off the common stairs. Substantially more foot and luggage traffic, amounting to millions of extra movements, given the rapid turnover generated by such accommodation. There were also issues arising from unofficial garbage disposal, illegal parking, late night parties and some incidents of serious anti-social behaviour were also evidenced. Given this, the general view of residents was that flatted accommodation was not appropriate for what was viewed as a de facto hotel business, particularly in highly dense urban areas. Apart from the living experiences within tenement stairs and the immediate environment, there was also the impacts on the wider community – perhaps what might appear to some as small matters but were considered by residents to be critical to community cohesion. These included the removal over time of local food and convenience stores and their replacement by ‘Tartan tat’ shops. This meant a longer travel for the daily and weekly shop, given one cannot live by tat alone. Primary school viability also came under pressure, something experienced in both Edinburgh’s Old Town and many remote rural areas, given the sustained loss of permanent residential accommodation to short lets resulting in a marked decline in young families.

From our report, the impact on Skye was even more substantial. There was the case of a housing facility for particular needs run by a national housing association having to provide staff from Glasgow to run the facility because short-lets were proving a more profitable means of employment for local people and so reducing supply for people employed locally. And for those staff to stay on Skye, the local housing association was asked to provide accommodation. It was also having to provide accommodation for police and health service personnel unable to secure housing on the island, who would otherwise look to the private rented sector or home ownership. The Health Service in Skye was also impacted because this lack of accommodation, caused by the massive growth of short-lets on the island. This meant numerous health staff were unable to take up permanent positions, that locums could not relieve medical staff as they were unable to secure accommodation, or that cleaning staff were in short supply because they could earn more from cleaning short-lets, and did not need to travel into Portree to undertake that work. One senior NHS consultee on the Island claimed that the current housing situation meant the NHS could not guarantee the operation of a safe service.

Similarly, across in Fort William the UHI campus were unable to run their popular outward bound programme because not only could students not find accommodation, but neither could staff. There were also a number of tourism specific businesses such water sports that were similarly impacted. As with Skye a number of hotels reported they could not find staff accommodation, which impacted on their service offer. In Fort William the construction of a major social housing development was delayed due to a lack of accommodation for incoming workers. The same was true for the long-awaited expansion of the local aluminium smelter. In North East Fife, long a popular holiday destination, the Council complained that due to short-lets local taxation arrangements they experienced a loss in much needed revenue.

Overall, short-term lets have, in a very short space of time, resulted in a dramatic impact on a number of very specific housing markets, added a new dimension to already ‘pressured’ city markets, as well as further adding to the fragility of rural housing supply. The ability to generate and develop a more diversified economy, which is currently opening up through the transformation in energy supply and the transitioning to renewable industries, especially across rural and island communities, runs the risk of being delayed and constrained by the dominant position of holiday accommodation. The broad range of incoming specialist workers needed to undertake this work need both short-term accommodation and long term residential housing. So, there is clearly a dilemma for some communities, particularly rural and remote communities, where tourism is an important element in the local economy, with short-term lets providing valuable income stream for certain local people. But ultimately, from a public policy perspective, this is about ensuring balance, and enabling communities to thrive through sustainable economic development and not being primarily reliant upon tourism, which as we have recently seen has its own range of vulnerabilities. In the on-going transition to the ‘green economy’, housing should, therefore, be seen as essential infrastructure and an enabler for wider economic development and community growth.

Given this broader and challenging context, it is important that the concerns of local communities are included in the debate alongside those of suppliers because the concerns of the latter are only one part of a much wider and more complex picture.